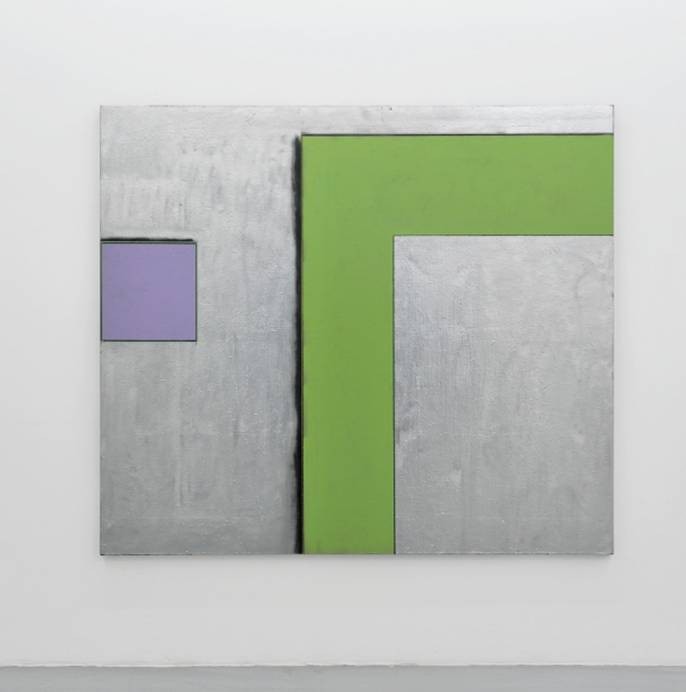 There exist a number of intelligent and thoughtful writings[2] about the work of Peter Peri. They are excellent texts, about an excellent artist. But what may now be required, I suggest, is a small insubordination of so much intelligent excellence. Insubordination is part of Peri’s practice and, further below, I will offer some writing that may be consistent with this interest of his; writing that is not actually unintelligent (although I can do that, too), but which is, shall we say, a bit lax – willfully careless – or even, in its own way, a dissolution.

Peri has said that: “The subject of my work could be thought of as dissolution, or more precisely the fetishisation of dissolution within modernity. [3] “

His work has been described, in the writings about him, as being in a dialogue with the now extinguished utopian ideals, or grand value systems, of early modernism, and the writers who have stated this are, of course, all correct in their description. It’s been noted that Peri’s grandfather was an early Constructivist[4] and in a sense Constructivism is Peri’s inheritance fortune – the art historical equivalent of a decayed noble estate, amongst whose treasures Peri, the young heir, may wander, enjoying whatever uses or strange squanders that the rights of ownership allow him.

There is a vast, potent, teeming art historical energy about early modernism; it fascinates artists, and enthralls critics and art institutions. Modernism’s original formations suggested political utopianism, geometric spirituality, avant gardism and artistic heroism, cosmological searching, the coded systems of spiritualist and occultist empowerment, abstract and formalist absolutism, and ideals of social and scientific progressiveness. Peri’s appropriations of these (mostly ruined) modernist ideals could be just a cerebral, art historical exercise, or else an opportunity for playfully ironic, retro gags. But his geometrical modernist forms are better than either; propelled forth from a mostly poetic logic (as indicated in the painting titles), he creates the visual equivalences of intense, authoritative, summary moods. Peri’s is a cosmology of various sacred geometries – there are many sacred geometries around to choose from – which he allows to glisten in the brightness of a silvery honouring, before revealing something profane; a foul night time of the dissolute, created from the distressed grunge of painted and overpainted effacement.

It’s at this point I will offer a small dissolution of the proper art critical sensibility, and disrupt, with largely unfounded speculations – my own little insubordinations – what has, so far, been a sensible, shared critical consensus about Peri. The speculations go like this. Peri is a para-military of painting. He is a spiritually stateless traveller, seeking his own country, planet or galaxy. In his youth, he was a committed graffiti artist with pronounced vandal tendencies; so committed that, unusually, he was actually imprisoned for his mark making activities[5]. In this respect Peri was a sort of reverse equivalent of the part the Constructivists played in the early Soviet youth movement – although similarly sincere and hardworking, Peri much preferred his version of asocial occupation to more traditional employment. His early painting surfaces were the hard, dirty reality of the architectural or engineered surfaces of the external world, upon which he had to climb up upon dangerously, in the dark, to access. Peri, our fearless freedom-fighter-terrorist, was engaged in a brave but possibly disturbed seeking, in which his weapons were acid, speed, mushrooms, spray paint and marker pens. His current practice travels through the hyperspace of art history; depictions of isometric and parallelogram forms of architectural and interior volume, situated in deep space, have a familial relationship with the Constructivists, but also with literary and popular science-fiction, science-horror and Francis Bacon. (See Bacon’s paintings that reference the bulletproof booth in which Adolf Eichmann appeared in court). The picture surfaces he creates approximate those of the graffiti artist. The background measuring grids in the Muybridge photographs from which Bacon extrapolated his figures come to mind as well (see also early, monochrome Frank Stella), as do those specialist template tools of the painter; the washing up bowls, nappy buckets and dustbin lids from whose plastic-planetary circles artists have traditionally created the hypnotising curvatures of so much painting. Unlike Bacon, Peri excludes figures from his work, but shares a visual fetish for grids, nets, grills or other linear containment or boundary forms which, as the Constructivists, Minimalists and Bacon have shown, are as much a kind of theatre foreground spectacle, as theatre backdrop.

The intensity of this absence is mystical and God like – Peri’s work is a visual theology of a pained, continuance of belief in it.

[1] The exhibition takes its title from Vitali Kanevsky’s documentary film We, The Children of the Twentieth Century (1994).

[5] Peri served a sentence at Hollesley Bay Borstal. Brendan Behan was once imprisoned there for three years.

[6] Or even better, with love, shit, sex, death, Georges Bataille and Friedrich Nietzsche. Nietzsche’s Thus Spoke Zarathustra (1883) was quoted by Bataille in his catalogue essay The Absence of Myth (1947); ‘“Night is also a sun”, and the absence of myth is also a myth: the coldest, the purest, the only true myth.’
www.galeriealminerech.com