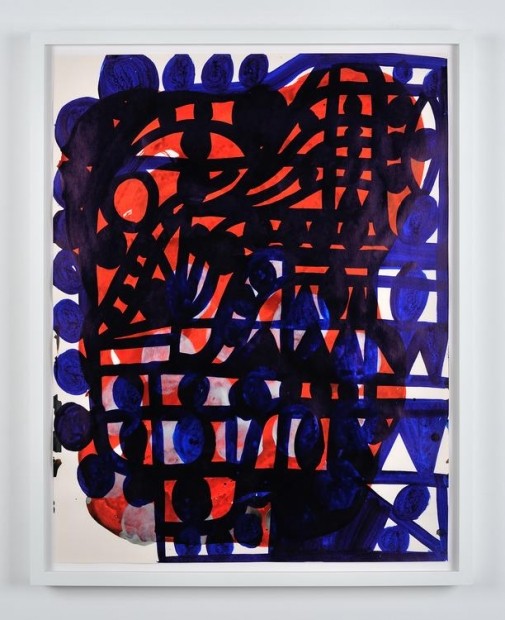 Almine Rech Gallery is pleased to announce ‘The Lovers’, the first solo exhibition by William J. O’Brien in France.

Prior to a major survey exhibition of the young American artist at the Museum of Contemporary Art in Chicago, this exhibition brings together a series of ceramic sculptures made between 2008 and 2013, and a series of new works on paper. This exhibition reflects the diversity of mediums and themes found in O’Brien’s work for almost ten years.

William J. O’Brien is part of the return to ceramics in contemporary art, seen over the last ten years with artists such as Rosemarie Trockel, Thomas Schütte and subsequently taken on by a younger generation of artists. His ceramic sculptures reflect the extent of his vocabulary by developing complementary or opposite forms: they oscillate between matt and gloss, between anthropomorphic shapes with smudges and drips; as well as geometric abstraction reminiscent of Calder. The shaping hand always present, there is a primitive element that immediately stands out – whether referencing the grinning masks of the South Pacific or the plastic qualities found in the culture of native Americans. For O’Brien this is not an identity issue nor a tribute to a native history: the artist was born in Ohio, and studied at the Art Institute of Chicago, so his use of primitive forms is more akin to Picasso, Paul Klee or the Surrealists; taking an oppositional stance relative to a certain automated sophistication of form found in many artists of his generation. O’Brien’s ceramic practice skillfully plays with this return to primary expressionism (it is curious to note that the artist was an instructor at a center for the mentally ill), a representation of the human sometimes flirting with the grotesque, but presented on pedestals made by the artist, an institutional device that is simultaneously perfect and ironic. This primitive and modernist dual heritage is also an important anchor in teaching at the Art Institute and on Chicago Art, which shapes the sensibilities of such artists as Nancy Spero or more recently Sterling Ruby. Indeed, one of the first group shows to introduce O’Brien was “Modern Primitivism” at the Shane Campbell Gallery in 2009. The Lovers affords us the possibility to understand the extent of his expression, both sensitive and informed.