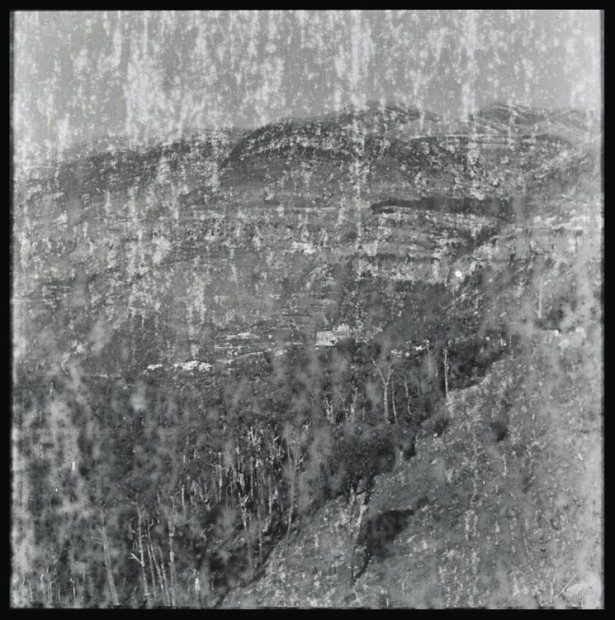 The Galerie Almine Rech is pleased to present the second solo exhibition of Ziad Antar.

Ziad Antar was born in Saida, Lebanon in 1978 and today divides his time between his hometown and Paris. In 2012, he was the subject of a solo exhibition Coastline at the Sharjah Art Foundation, curated by Christine Macel. The same year he participated in the Triennial at the Palais du Tokyo. In 2010, he exhibited at the Witte de With Centre for Contemporary Art, Rotterdam, at the Seoul Museum of Art and the Centre Photographique d’Ile-de-France in the Greater Parisian Region.

In 2000, Ziad Antar began using black and white film. He unearthed rolls of film that had expired in 1976 in the legendary Scheherazade studio of photographer Hashem El Madani, also from Saida in Lebanon. The camera he uses for this series, entitled Expired, is itself old, a Kodak SLR from 1948. The subject however, is of the utmost contemporaneity: buildings synonymous with modernity, grandiose architectural gestures, such as the Queensboro Bridge in New York or the world’s tallest tower, the Burj Khalifa I, in Dubai. The artist works quickly; he photographs as he walks, then develops the roll of film. The picture that emerges is often blurry; the film is covered with marks or stains that create different patterns each time. This process distances Ziad Antar more and more from a classical documentary approach. By using this material from another era, whose result comes close to what could be considered a failed photograph, Ziad Antar raises questions about the genesis of an image, its own qualities, or flaws, and what makes a picture worthy of value.

As with previous work, the concept of the series predominates here; each image is part of a body of work. Let us cite Portrait of a Territory, Ziad Antar’s latest project, exhibited in Sharjah and created between 2004 and 2011, after many road trips along the Emirates coastline. Again, he uses old-fashioned or obsolete cameras, a Rollefleix and a Holga, and takes seemingly trivial photographs of palm trees, an amusement park, the seafront, in the middle of the day, defying the light and its conventions. As part of The Mediterranean Approach Exhibition at the last Venice Biennial, Antar presented Beirout Bereift, a series of photographs including images of abandoned buildings in Beirut, built between the 1960s and the 1990s, relics of an extremely chaotic political and economic context. By repeating the same gestures and manipulating his material in order to experiment more freely, Ziad Antar collects the obsolete and peculiar records of a region and an artistic medium undergoing a profound transformation.