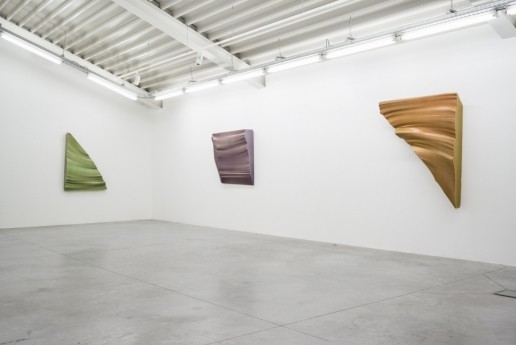 "Conceptual artists are mystics rather than rationalists.
They leap to conclusions that logic cannot reach."

The healthy doubt you feel about any new artist unexhibited in your city is welcome. Faith requires doubt. Boetti declared the artist in-between a shaman and a showman. With the levity of astonished delight and the gravity of spiritual action, the artist bridges this gap through the metamorphosis of material into meaning. As a shaman channels mystical powers, all results are infused with their magic, simple objects transform into relics infused with the significance of the ritual.

On evidence here are a few relics.

At the Hammer Museum in Los Angeles, the artist Piero Golia carved from foam a one-to-one replica of George Washington’s nose from the face of Mt. Rushmore in the Black Hills of South Dakota, a colossal unfinished 60-foot tall sculpture by Gutzon Borglum and son of four popular American president’s busts made between 1925 and 1941. The nose takes up 21-feet.

Like the Dakota original, Golia hand-carved his Washington’s nose, the performance of which played out on the Hammer’s terrace over the course of their biennial. This carving makes the first of the three acts in the artist’s opera, The Comedy of Craft.

The second act, to be played out during the Prospect biennial in New Orleans will involve the making of a mold from the carving, whilst the third act involves the pouring of bronze to solidify the series in a final sublime action. All three acts to be done in public as a performance. The subtle and unsubtle import of hand-craft as well as political stagecraft are deftly alluded to, but their exact import allusively elusive. The institutions the artist moves through become stages to be overcome, a theatre is just a building and a museum an expensive warehouse if it's dull thingness is not overthrown by the spell cast by the artists who move across them.

Here we have an intermission between acts one and two.

The monochrome paintings on view are relics leftover from the carving of Washington’s nose. Preserved under a protective coating, the foam relics will always bear the mark of the process of their creation, the process of material being transformed into meaning. These objects surge with incidental beauty, some soft comment on modernist purity, a wash of pure color like an a minimalist master, the prison of marble that Renaissance sculptures had to escape to come into their polished finality. Here they are made not with composition but the rigorous, methodological following of a premise made with a leap, made by the artist and us, together.