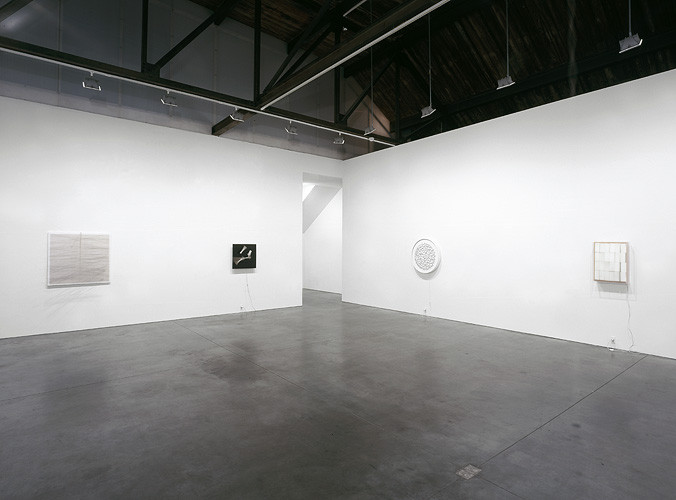 Curated in collaboration with Erika Hoffmann

With pleasure I accepted Andrea Rosen's suggestion to advise the gallery for an exhibition of Kinetic Abstraction of the 1950s and 1960s and I'm most grateful for her confidence. I welcomed the opportunity to imagine a little show outside my own premises and with works similar to those which had opened my eyes and mind at the very beginning of my own collecting. They certainly also played a part in opening my horizon in general. ZERO was the first artistic movement in Germany after the war that proved to be an international one - a bit like Constructivism and Futurism of the 1910s and 1920s uniting most European countries by one artistic language.

In the 1960s my late husband and I lived in Western Germany, in the Rhine region, where museums of contemporary art, Kunsthallen and Kunstvereine developed on the ruins of World War II. In exhibitions as well as in discussions with artists we got excited about new concepts and experiences. We wondered about Marcel Broodthaers' Eagle Museum as well as about Joseph Beuys' Social Sculpture. We did care less about beautiful objects than about what made us think-hungry for intellectual challenge, for inspiration for our personal life, as well as our professional creativity.

Meeting with the artists of the group ZERO, founded in Düsseldorf, and their friends from Paris, Milan, Amsterdam, London, Prague, Warsaw, and Zagreb, we learned to question any so-called truth or conventional custom, to doubt any political agreement or art theory, and to trust nothing but chance because it promised to offer the possibility to create a new, unspoiled reality we were longing for. Chance therefore was as important as the artist himself who chose non-artistic materials, invented rules of game, and set up systems and serial experiments to make the work of art happen without the artist's further interfering. François Morellet for instance declared null and void his own creative ecstasy, spontaneity and emotion and at the same time the value of the handmade and unrepeatable original; he pretended to just spread out the tablecloth for the spectator's picnic. And as Max Imdahl wrote in 1970: The material anonymity, i.e. the renunciation of any material uniqueness frees the spirituality of the work as its only and essential originality.

In a space with Kinetic Abstraction works we had the impression that light, movement, and perpetual change reflect the very essence of life, of social as well as cosmic energy. The playful and dynamic way the geometric forms are used, often creating the possibility of an exchange with the spectator, appealed to us. The works are emptied of any representation but filled with the desire to provide an immediate experience. Compared with the grand, but hermetic, even authoritarian statements of American Minimalists we saw at the time we felt closer to the European skepticism and openness of chance and order. Therefore these were the first works of art we wanted to live with.

With great gratitude I think of our artist friends who were kind enough to open their studios and share their ideas with us. They were indeed our first mentors, introducing us to the world of contemporary art.
www.andrearosengallery.com