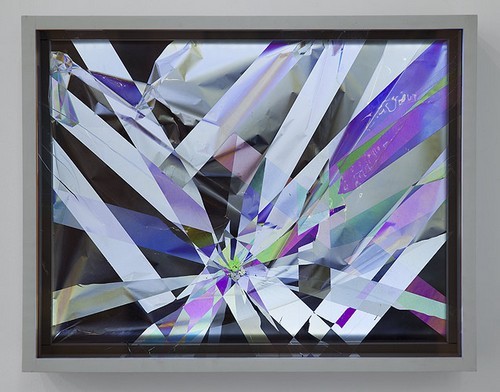 Andrea Rosen Gallery is pleased to present "The Perpetual Dialogue" an exhibition featuring work by 31 artists selected by 14 curatorial contributors including Sadie Coles, Clarissa Dalrymple, James Fuentes, Alison Gingeras, Nicole Hackert, Matthew Higgs, Dakis Joannou, Ivan Moskowitz, Cory Nomura, Andrea Rosen, Josh Smith, Wolfgang Tillmans, Dean Valentine and Robert Vifian.
In putting together a large, non-thematic group exhibition it emerged that the most authentic method would be to structure a show around my ongoing day to day process of talking about what people are looking at with collectors, artists, curators, writers, and gallery staff. This exhibition is meant to be an extension of that dialogue. The show is an image of what the art world can be at its best: a place that is about a constant flow and exchange of ideas, an engine for excellence, a place of collaboration and constructive competition, of extremes and diversity and endless discovery. By asking others to be involved in the curatorial process, it ensured that this exhibition would not merely represent my point of view, but rather, would have the potential to be exciting and unexpected in its expansiveness.
With only the vague criteria to choose artists who are under known, it is inspiring to see the diversity of artists and type of work selected by contributors and myself. Ranging from artists who are at the very early stages of their careers to those who are deeply influential and somehow still new to many, to artists who the contributors felt were simply not well known enough. It is interesting that not one person selected the same artist as anyone else. While the contributors were not necessarily in direct conversation regarding their selections, each was aware of the list of contributors beforehand and the process of positioning themselves against the expectations of the types of work others would select created another important, silent dialogue/competition that runs though the exhibition. Choosing two artists, rather than one or ten, was significant as it both demanded focus and thoughtfulness about who should be selected and simultaneously allowed for each contributor to express his or her own subjectivity. Ultimately, this exhibition is not about which contributor selected which artist, but rather, the expression of a show that would mimic the discursive energy of the art world through the minds of these very thoughtful participants.
It is important to note that this emphasis on dialogue appears as a thread that runs throughout the gallery's program. Over its 20 year history, there have been nine exhibitions curated by collectors. In addition, we have regularly invited various experts in their particular fields to organize exhibitions including Adam Boxer (Hans Bellmer Works on Paper), Vincent Di Fate (A Science Fiction Show), Erika Hoffmann (1950s and 1960s Kinetic Abstraction), Joshua Mack (Tetsumi Kudo), Olivier Renaud-Clement (Contructivismes – (A Visual Essay) and Weird: A Subjective Selection), and Luise Ross Gallery. A new, parallel vein of this process has been our recent exhibitions organized or inspired by dialogues with the gallery's artists. Specifically, David Altmjed's curated show of work by Daniel Hesidence and several shows that emerged from conversations with Rita Ackermann. In the near future, we are looking forward to curated exhibitions by Josiah McElheny and Nigel Cooke. While not wishing to exclude artists from being contributors to this current exhibition, we do look forward to the rich dialogue that we will continue throughout our larger program.
The remarkable variety of work chosen is a manifestation of the value that both I and all of the people I asked to contribute place on the process of looking deeply and openly at a wide array of work in all media, from numerous countries, and across all age groups. Of the artists selected for this exhibition, there were many whose names I had not known and I am grateful for the generosity of all the contributors. This exhibition serves both as an opportunity to honor the dialogue of which I am already so fortunate to have and a catalyst for new ones, both for me and for the public.
www.andrearosengallery.com