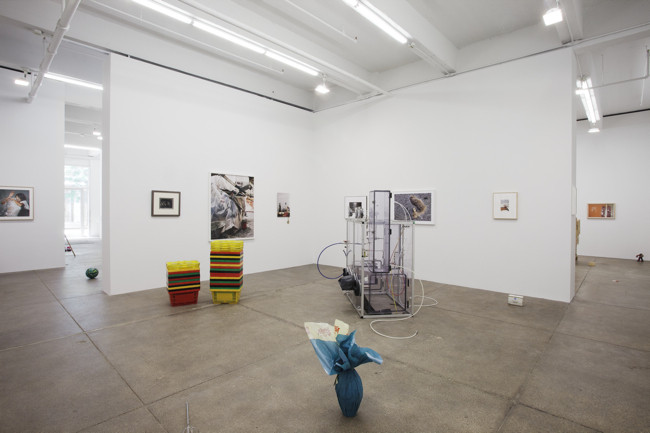 The show is three shows: a show on the walls, Photographs I Like; a show on the floor, To Have and to Hold; and a show on a piece of paper at the front desk.

Darren Bader lives and works in New York. This is his second solo show at the gallery. His work is currently included in the Whitney Biennial, on view until May 25th. Among previous exhibitions: Empire State, Palazzo delle Esposizioni, Rome (2013), Images, MoMA PS1, New York (solo), Oh, You Mean Cellophane and all that Crap, The Calder Foundation, New York (2012). Darren Bader is the recipient of the 2013 Calder Foundation's Calder Prize.
www.andrewkreps.com