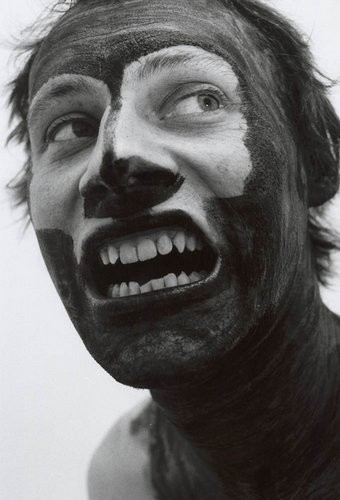 Andrew Kreps Gallery is pleased to announce the opening of Reel Subjects, a group show made up of singular works by five gallery artists, including several works that have never been shown in the United States. All the pieces in the show combine aspects of film and/or video with sculptural concerns and explore the interaction of the two.

Ricci Albenda has regularly utilized sculptural and architectural intervention through the use of video projection. The piece included in the show entitled Panning Parlor, is a projection that is of a similar shape and size as a large format painting, but acts as a revolving secondary room as if looked at through a window – a spinning meta-space of the gallery – and of the “painting”.

Clap Magic, Jamie Isenstein’s installation, creates a direct link between sculpture and video – a pair of hands featured on a small monitor sets of the kitschy apparatus known as "The Clapper" which switches on (and off) a lamp that stands nearby.

Ján Mancuška’s work features a single film, which is cut into strips and hangs before a large light box – fragmenting the time and space of the film itself, and re-contextualizing it as a sculpture, which gives the viewer the opportunity to create their own narrative, geography, and space for the action depicted in the film.

And finally, both Klaus Weber and Robert Melee embed films that they have made throughout their careers in sculptural, and myriad installations – Weber’s installation comprised of discarded crates, outdated monitors, and headphones – all culled from former shows. And Robert Melee’s videos are contextualized within one of his Units, which are visually deranged sculptures that are combinations of kitsched-out panels of his own design, abject photos depicting his mother and objects that recall his upbringing in New Jersey, as well as his formative years in the New York City performance and dance community. Both of these artists strive to create an unique and all-encompassing spatial environment in which to interact with their films and video.
www.andrewkreps.com