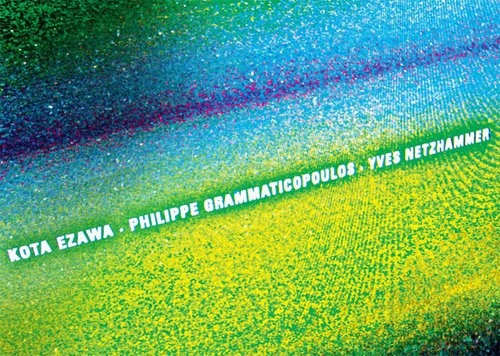 Using the computer as a painterly tool to create 3-D imaginary structures in the data space, Kota Ezawa, Philippe Grammaticopoulos and Yves Netzhammer explore our perception of the world and the possibilities of representing it today. They offer us a virtual and fictional world for all kinds of encounters and provide us with an exemplary reflection about the informational world we are living in.
Run by its specific laws, Yves Netzhammer's compelling yet constantly changing mental landscapes show multifaceted recurrent metaphors – i.e. black birds, dark shadows, spurting blood, flying balls - which result both strange and fascinating and unbalance our own sense of familiarity with things. Posing questions into human memory and exploiting themes as illness, love, sexuality and death – abstractions themselves – Yves Netzhammer establishes a new kind of “picture language” succeeding thus, in linking questions originally connected with new technological developments with an insight to psychological and cultural historical content.
Also exploring the ways we use history and its constructions, the San Francisco-based artist Kota Ezawa describes his own practice as a form of “video archaeology”. Using iconic archival news or film footage, Ezawa addresses how we only remember the past through mediated images – from television, newspapers, cinema - and the dangers which entail from it. The same way as a moving Warhol silkscreen or a South Park cartoon, Kota Ezawa ́s video animations employ few colours and details to inquire the power and overlap of popular culture, political action and high art. As a sort of digital approximation of paper-cutout animation, vibrantly coloured and stylized, his flat images are patiently recreated by hand – a single video can take up to a year to be finished – and finally presented to the viewer as a digital projection or a film, or a slide show. Ultimately, such laboriously technique is questioning how – in a culture charged with technologically mediated images - certain images prevail in our collective memory more than others and how rapidly they are replaced.
In “Le Regulateur”, Philippe Grammaticopoulos, who was born in 1970 and studied at the renowned academy for animation film Supinfocom in Valenciennes, places his characters in architectural scenery animated in black-and-white. In search of the perfect child, a well-to-do couple visits a reproduction factory to have their offspring built together like on the assembly line. Citing a classical temple structure in the architecture, Grammaticopoulos reflects on current debates on the future limits and possibilities of reproduction.
Kota Ezawa, Philippe Grammaticopoulos and Yves Netzhammer seem to share the same attraction to animation exactly because of its “constructed” nature. They eagerly explore their tools, consciously leaving some aspects hidden in order to bring out more decisive ones, leaving only the most basic indexical values in the end. Playing with recognisability and fictionality, their choices are not innocent nor without consequences...