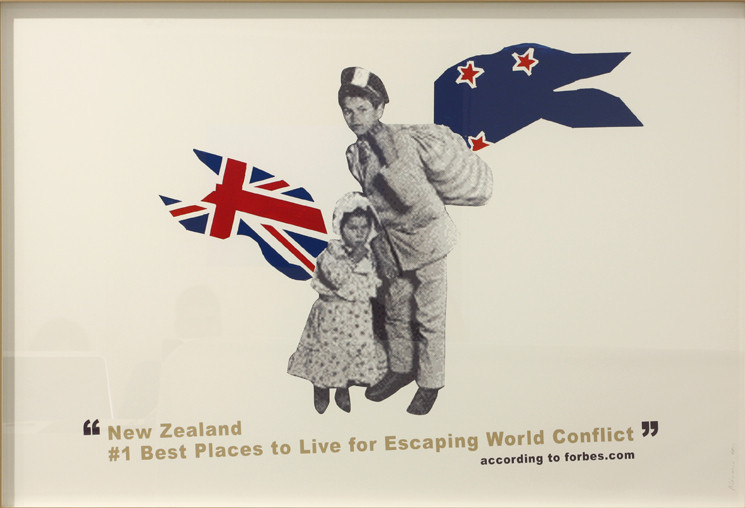 Eleven unique works on paper in the "Which Country is the Best to Move to?" series capture the particular difficulties or benefits of immigrating to specific locales.
For "Which Country is the Best to Move to?" we spent a lot of time on the online public forums researching the discussions about the benefits and disadvantages of moving to one county rather than the other. What factors are taken into account? What makes one country more attractive that the other?
Interestingly, we found that most of the people considering moving to a country are not taking into account its economic and political situation as much but look into its climate, nature and lifestyle instead. After gathering quotes from the online public forums, blogs, magazines and countries’ official advertising, we combined them with pigment re-print of archival photographs of early 20th centuries immigrants and hand painted abstract patterns referring to that country’s flag.