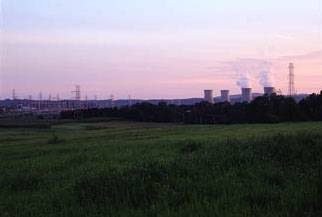 “I wouldn’t use art in an emergency” (Jenny Holzer)
For the past decade Christoph Draeger, who lives and works in New York, and who is currently in a 8-months residency in London, has documented and commented on both natural and manufactured disasters. Unlike many of its art-historical predecessors, Draeger’s work deconstructs images that have been widely and sometimes indelibly etched into the collective consciousness, by presenting their subjects in unexpected ways. Draeger approaches the multi-dimensional subject matter of disaster through strategies such as re-enacting action or thriller films. He creates photographs, video installations, and complex gallery environments that replicate ruinous sites, destroyed houses, or burned trailer parks, all involving a resounding critique of the preponderance of the mass-media sound byte.In Draeger’s work, the mechanics of medial construction and reception are often exposed from a perspective of detached irony and satire. Morbid events such as catastrophes are, of course, intrinsically medial: faithful to the journalistic motto that only bad news is good news, natural catastrophes (earthquakes, erupting volcanoes, floods, etc.) and human ones (atomic bombs, car accidents, murder, robbery, riots, etc.) generate much higher ratings and greater coverage than any other issues. In addition, catastrophes are unforeseen negative events, which take place very quickly and therefore do not accommodate the gradual emergence of visuals. There are pictures before and after a catastrophe, but the event itself is elusive.
In his ongoing series, “The most beautiful disasters in the world”, Christoph Draeger transfers digitally reprocessed press images of great destruction onto large format jigsaw puzzles (with up to 8000 pieces). From the flood of media images, which we keep consuming in ever accelerating speed, and which tend to annihilate each other through their sheer number, Draeger carefully chooses his subjects, turning them into icons. They appear enlarged on jigsaw puzzles, a support that usually is associated with idyllic landscapes and the slow and painstaking process of its construction. It’s the paradox of constructing destruction, and the slowness of this symbolic reconstruction that is fascinating the artist. Catastrophes receive short-lived attention, like snapshots, but the supposed immediacy of communication, so-called live coverage - puts an equally immediate end to the discourse. For some, Draeger’s treatment of those images might read as merely redoubling the cynicism his choice of images suggests. Instead, it gives form to the complexities of our response to these media-borne pictures that might never come to consciousness otherwise. In “TWA 800#6 (Calverton, Long Island, NY, 1998)” (2005), the assembled puzzle rhymes directly with the contents of the image: the fuselage of the destroyed 747 sitting in a hangar, partially reassembled from recovered debris. The work also expresses the wish to understand what went wrong and the impossible dream of seeing the accident’s harm repaired. At the end of the exacting and exasperating process all that is revealed is the image — a doppelganger — of the original object. As with news-media images, Draeger asks whether this reconstructed image can be trusted.The jigsaw treatment objectifies the power of mediation to fabricate responses for us, perhaps postponing or precluding us from knowing what, if anything, we actually do feel in reaction to catastrophes we take in from a distance in space or time. Can we -- or do we unknowingly -- fabricate emotions we deem appropriate to horrific events, if we happen not to feel them? How could we make such an uncomfortable discovery? These and related discomfiting questions underlie Draeger’s seemingly flippant use of painful material. In his use of the puzzle format, Draeger no doubt makes conscious reference to the early ‘90s puzzle prints of the influential American conceptualist Felix Gonzalez-Torres (1957-1996). But Gonzalez-Torres used the puzzle as a metaphor for the desire to know the whole story behind a fragment of public information or private expression. Draeger sets the triviality of the picture puzzle against images of dreadful events to evoke the pull between cold curiosity and instinctive recoil that such events trigger.
The underlying irony inherent in the jigsaw puzzles can also be found as a subtext in his other ongoing conceptual project, “Voyages Apocalyptiques”(since 1994). Here, the artist travels to places where disaster happened and photographs them, months, years or centuries later. In his own pictures, the disaster is practically absent; most of these photographs show idyllic landscapes. The stylistic quality of these re-tellings or re-visualizations imitates objective reportage. But Draeger’s strategy of reframing familiar sites in unfamiliar ways is more a critique of the supposed objectivity of the photojournalistic document, a myth that is at least partially constructed by the ubiquity of mass media. His journeys to disaster sites temper the iconic impact as well as the redundancy (produced by media overexposure) of the emotionally charged original occurrences.Most of Draeger’s destinations are places we remember. Ever since the catastrophy, they are objects of interest, at which there is often nothing at all worth seeing. But invisibly, apart from the peaceful motive stands the disaster fantasy, the imagined scenario of the destruction that emerges from the collective memory, triggered by titles such as Lockerbie, or Hiroshima. Others, however, are long forgotten by everyone but those who were affected.From the superficially memorized picture flood of allegedly authentic illustrations a reality of second degree results, a virtual reality, in which only as real applies, what is produced according to the rules of the media representation. Does mass culture’s encyclopedic indexing of catastrophe construct our sense of a present or immanent apocalyptic reality? Or do we use cognitive dissonance (a kind of not looking) as a method of coping? Rather than merely functioning like commentary on CNN, Draeger’s images force viewers to confront our visual memories of public disasters.
(This text is composed from excerpts from “Apocalypse, Now?” by Christoph Doswald, for the catalogue of “Cinema, Cinema”, Van Abbe museum Eindhoven Feb 1999/ “Destroy & Reclaim: Artists and Disaster Sites” by Jeffrey Hughes for the New Art Examiner 2002/ “Christoph Draeger’s jigsawed photos of tragedies give viewer lots to puzzle over,” Kenneth Baker, San Francisco Chronicle, 2004/ and a undated text by Vanessa Joan Mueller, found on the web)