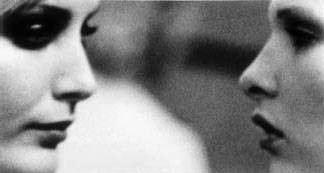 The photographic work of Sam Samore is linked to post-conceptual art of the 1970’s. In his well-known filmic work of the 1990’s Allegories of Beauty (Incomplete), and the 1980’s Situations, the artist made iconic pictures about beauty, antagonistic rivalry, voyeurism, non-linear narration and the isolated character marooned in his/her own existential drama. Authorship, the perception of the individual in the public domain and a focus on physical composure are aspects of these enigmatic images.
Early in his career Samore studied psychology, leading him to create a new body of work in 1973: The Suicidist, which set the tone for his later depictions of the anti-hero/heroine. An interest in literary devices, myths and fables, the film storyboard and exposition became established themes in his oeuvre. Text based installations, sound pieces and videos have further enhanced his investigations.
For this exhibition these smaller scaled photographs «document» the actions of a lone protagonist performed by the artist himself. Staged indoors and out, the character undertakes various methods as a suicide victim. They are ingenious fabrications of black humor on that most taboo fact of life: death, or rather the conscious rejection of corporeality in favor of the void. In a cultural sense suicide is the most personal and final act of individual honor as in the case of historical figures such as Mishima. In Japan suicide was not only accepted, it was often glorified, and was an official punishment that could be imposed by the government. Nowadays on the Internet there are suicide chat rooms and «clubs» which encourage a cult around its taboos. Samore’s images however turn it into an act of absurd proportions, a cosmic joke about life and death. The primary topic of these photographs is the notion of suicide death as a detached action to be performed. Their theatricality alleviates a beleaguered spectacle, and the innocence of youthful implosion in the finality of death is equal to the ending of a movie storyline, post-denouement.
In place of the exalted, romantic American heroines of Cindy Sherman’s film stills from the same period, Samore inhabits in part the existential angst and anarchist comedy of La Nouvelle Vague. Predating the pre and post-millennial culture of medication or «pill society» they are in line with a literary tradition connected to author/artist as creative martyr.
Historically speaking in the U.S., the year 1973 signaled the last dregs of the Vietnam War and the realities of post-1960’s counter-culture euphoria. Baby boomers were moving into post-collegiate professional lives and their revolutionary idealism gave way to the pragmatic comforts of materialism. In Samore’s associations to the lineage of The Last Picture Show: Artists Using Photography 1960-1982 (Walker Art Center 2003/04), his early work is clearly tied to the picture art of the 1970’s: Polke’s self-portraits as sculptures, Charles Ray’s plank pieces, Valie Export’s body as geometric form are contemporaneous with the suicide photographs.
The cinematic corpse also factors into The Suicidist, as seen in the final scenes of Godard’s A Bout de Soufle where the body of a dead Belmondo lies on a Paris street. The narrative endgame of rigor mortis however, is not assigned only to the photograph. Manet’s painting Le Toreador Mort shows a bullfighter laid flat on the ground, a lifeless body dressed in the finery of a showman now relegated to a shape and form on the canvas. Manet’s painting may be considered a precursor to filmic realism and the aspect ratio of body proportion to the frame within the camera lens.
Parallel to the idea of pushing the physical body to the limits in real time, as found in the conceptual/performance documentations of early Vito Acconci, Chris Burden and Gina Pane; the images of The Suicidist differ in their fictive illusion. In Samore’s pictures there is in its repetition the missing link of a personal history, thus enhancing his images as truth and fiction. Christopher Marlow was said to fake his own death. Jim Morrison and Elvis are perhaps still alive. Some believe Bas Jan Ader staged his disappearance. The 1990’s movie Virgin Suicides examines the collusion of secret pacts, and
in The Suicidist, we have a commentary on self-doubt, and the trap of disillusionment in the search for self-liberation. As pictures they offer us a lugubrious and episodic humor, and stand up to the test of time in their artistic lineage.
Max Henry NYC 2005