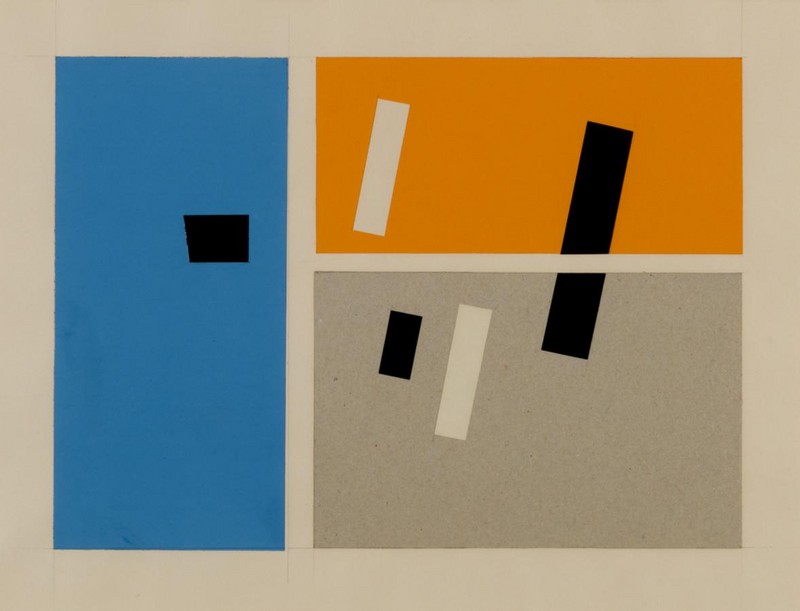 Annely Juda Fine Art is pleased to announce an exhibition of 8 paintings and over 40 works on paper by Friedrich Vordemberge-Gildewart (1899-1962).

Vordemberge-Gildewart was one of the leading abstract artists of the 20th century and was a member of the De Stijl group. He was at the forefront of the visual arts at the time as well as being a typographer and graphic designer. Vordemberge-Gildewart stands at the crossroads between the Russian Constructivism of El Lissitzky, sharing its dynamic pictorial structure, and the ideas of the Dutch De Stijl movement propagated by Van Doesburg.

Born in Osnabrück, Germany, Vordemberge-Gildewart studied architecture, interior design and sculpture at Hanover School of Art and the Technical College, Hanover. In 1924 he formed the abstract art group Gruppe K in Hanover with Hans Nitzschke and joined Der Sturm in Berlin. After meeting Theo van Doesburg, Kurt Schwitters and Hans Arp, he became a member of De Stijl in 1925. Together with Kurt Schwitters and Carl Buchheister he formed the Abstrakten Hannover group in 1927. He was a member of a number of other artistic groups including: the Cercle et Carré, 1930, Paris, and was a founding member of Abstraction-Création (1931), also in Paris. In 1937, in Munich, the Nazi regime exposed his works in the infamous Degenerate Art exhibition. Most of his works were confiscated and he was forced to leave Germany for the Netherlands. In 1954 he was appointed to the faculty of the newly founded Hochschule für Gestaltung in Ulm by Max Bill. He died in 1962 in Ulm.
www.annelyjudafineart.co.uk