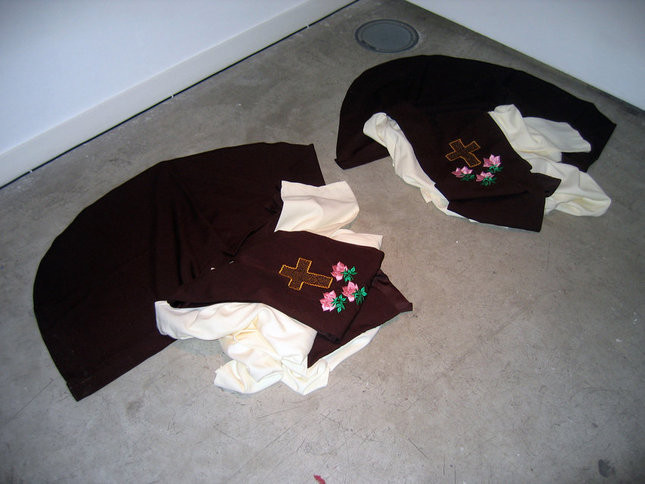 Annet Gelink Gallery is proud to present “The Disobedients”, a group show curated by Jimena Blázquez Abascal.Abascal, director of NAMC Foundation in Cádiz (Spain), conceived "The Disobedients" as a small group exhibitionfeaturing works by contemporary artists whose work states the disconformities with many aspects of today'ssociety's behaviour and the establishment.Adel Abdessemed, Pascale Marthine Tayou, Fernando Sánchez Castillo, Ariel Orozco and Wilfredo Prieto all actand react disobediently against all the aspects of today's society controlled by the government, media, andthe economic establishment. The disobedience is the anti-hypnotic, the cold shower that wakes one up fromtoday's lethargy and lack of activism. It’s a synonym of liveliness and freedom. The artists work on projects,some of them specifically designed for this exhibition, where art becomes the antidote against the generalillness that marks the world’s future.A recognized disobedient is Adel Abdessemed (Constantine, Algeria, 1971), who questions identity and borders,testing social, political and even cultural limits. His works reflect submissiveness and pressure, bothculturally and politically, from the Moslem and Western societies showing how traditions dominate people’sbehaviours. They contain an intense spiritual dimension expressed through concepts such as freedom and joyof life, despite the fact that a lot of the projects are about subjects such as violence, tragedy and death.Pascale Marthine Tayou (Cameroon, 1967) believes that art cannot be separated from life. His work is formedby objects from daily life, which have normally already been used, abandoned and rejected by society. Tayougives the objects a new life with the aim of reversing the degradation process. His work is full of emotion, anurgent request for freedom and for everything that is forbidden. This is in order to show the truth of theindividual. In a time when immigration is related to social, political and economical disasters, Tayou dealtwith all of these circumstances.Fernando Sánchez Castillo (Madrid, 1970) reacts, like the generation of artists from the 70’s, to historicalevents, and the recovery of memory. His works act against collective amnesia by investigating therelationships between public space and memory, between art and power, between the past and the present,and between the individual and society. His constant questioning of history confronts us with the past andtherefore we are obliged to make a deeper analysis of inherited historical memory.Ariel Orozco (Cuba 1979) is a visual producer in search of poetry. His work is a synthesis between the romanticand pragmatic where the object and the action stand between the real and the virtual. The construction ofcertain performative fictions illustrates a dialogue between the aesthetical as an image of consumerism andthe ethical as an idea. Living in Mexico, Orozco works evolve around the capital D.F where his walks around thecity become an active performative experience from where he grasps the unsettling spirit of his surroundings.The work Wilfredo Prieto (Cuba 1978), is defined by curator and critic Gerardo Mosquera as “perverseminimalism”. His installations are a discreet modification of everyday objects like glasses, plants,ventilators, plugs etc. Wilfredo’s interventions are sometimes so subtle that the artistic gesture is almostimperceptible.
www.annetgelink.com