Through My Eye – Artists Portraits 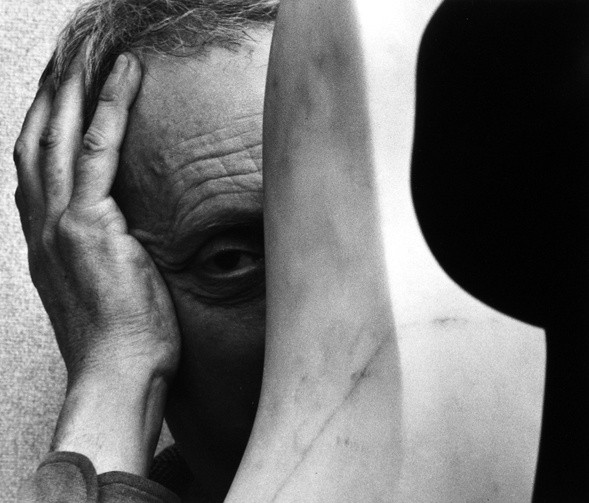 Annet Gelink Gallery proudly presents the group exhibition Through My Eye - Artists Portraits, with work by Ed van der Elsken, Albrecht Fuchs and Arnold Newman. The exhibition centres on photographic portraits of some of the most important 20th and 21st century artists taken in the singular style of the three photographers. Next to these portraits, works by portrayed artists Karel Appel, Max Ernst and Roger Hiorns will also be on view.

Arnold Newman (New York, 1918 – New York, 2006), considered to be the father of "Environmental Portraiture" (portraits executed in the subject's natural environment), is one of the great masters of the 20th century photography. Newman is known for the many images he took of his artist friends. His style consists of placing his subjects in carefully controlled settings, creating portraits that capture the essence of the individual's life and work. For Newman the natural surrounding of the person photographed is essential: not only for the composition of the portrait, but also for our understanding of the person being photographed. His portraits of artists, such as those of Max Ernst, Mondriaan and Jackson Pollock on view here, have become the iconic images through which we have come to remember these artists.

Ed van der Elsken (Amsterdam,1925 – Edam, 1990), the "Enfant Terrible" of Dutch photography, made his name as a street photographer, in particular through his many photobooks such as ‘Love on the Left Bank’. He also took various images of his peers from the artistic and cultural worlds such as Karel Appel, Chet Baker and Sarah Vaughn. In contrast to Newman’s controlled portraits, Van der Elsken captured his subjects as they were working, giving these images the feel of ‘stolen’ moments. They thus give an energetic and dynamic glance into the working mind of the portrayed artists. In the Bakery, his film Appel Iep (1961) of Karel Appel at work, is on view. The vibrant style of his photographs is transferred to the 16 mm film, presenting the artist as a creative entity as well as placing a special focus on his humanity.

Albrecht Fuchs (Bielefeld (GER),1964) approaches his subjects by stripping them from their profession and rather enhancing their human side. He manages to make intimate images of individuals who just happen to be known. Fuchs uses colour photography and puts his subjects in their natural environment (backyards, living rooms, beds, couches or studios), by doing so his subjects, looking straight at the spectator, have a relaxed yet distant posture. As such, the images suggest a controlled and posed moment, but also present the viewer with the possibility of entering the artist’s world.

In the Bakery, next to Ed van Der Elsken's video, three black and white photographs by Martijn van Nieuwenhuyzen are also on view. As a curator at Amsterdam’s Stedelijk Museum, Van Nieuwenhuyzen has been making black and white portraits of artists since the early 1990s. Many of his pictures were shot during studio visits and while installing exhibitions - those moments before the opening when artist and curator spend time together and live the different phases in the development of a show. The pictures reflect this special dynamic between artist and curator: the artist is not portrayed in a formal pose but caught in a moment of discussion, reflection or even asleep. Van Nieuwenhuyzen has a large archive of black and white artist's pictures, comprising portraits of, among many others, Jeff Koons, Sigmar Polke, Sarah Lucas, Mario Merz, Gilbert & George, Marlene Dumas, Rineke Dijkstra, Kai Althoff, Aernout Mik, Jennifer Tee and Urs Fischer. In the Bakery a small selection is presented: Rineke Dijkstra, Mario Merz, and James Lee Byars.

By showing these different styles side by side a dialogue into the nature of the artist portrait is opened. What are we really looking at here? On the one hand we see the artist in the portrait, in character as a famous artist. Yet, we are also presented with the carefully arranged image of the artist behind the camera. This tension is further emphasized by displaying alongside the portraits, the original work of some of the portrayed artists. Through My Eye – Artists Portraits poses the question which one, work or portrait, will give us a true insight into who and what we are looking at.
www.annetgelink.com