Two Versions Of The Imaginary 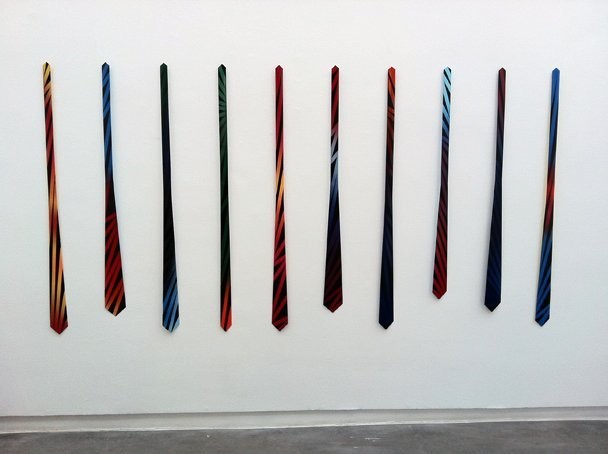 I take a bite of the apple in my hand while I take a bite of the apple in my head.
This apple is so much itself, so much an apple, that it can be both object and image.
Is it possible to distinguish between object and image? Does the distinction matter?
I sense a space between the object in my hand and the image of it in my thoughts.
I have invited artists in whom I discern an interest in the space between object and image. It is a territory for thoughts, a place where thoughts can almost be touched. This space – imaginary or not – can at least indicate a direction for the mind to take. This space entices ideas, but it can be restrictive when there’s a need to produce a concrete object.
The French philosopher Maurice Blanchot has written a great deal on the subject. I would like to share with you his essay Two Versions of the Imaginary (see www.annetgelink.com) from The Gaze of Orpheus (1907).
According to the usual analysis, the image exists after the object: the image follows from it; we see, then we imagine. After the object comes the image. “After” means that first the thing must move away in order to allow itself to be grasped again.
The thing was there, we grasped it in the living motion of a comprehensive action – and once it has become an image it instantly becomes ungraspable, noncontemporary, impassive, not the same thing distanced, but that thing as distancing, the present thing in its absence, the thing graspable because ungraspable, appearing as something disappeared, the return of what does not come back, the strange heart of the distance as the life and unique heart of the thing.
Work by the following artists will be shown: Carlos Amorales, John Baldessari, Becky Beasley, Leidy Churchman, Dina Danish, Ryan Gander, Sharon Houkema, Emre Hüner, Martin Kippenberger, David Maljkovic and Amalia Pica.
(I asked Frances Stark as well, but I’ve heard nothing from her as yet. I finally got hold of Olivier Foulon’s e-mail address last week; I don’t dare invite him at such short notice. The same goes for Paul Perry, who first introduced me to the work of Maurice Blanchot.)
You are invited to take part in Two Versions of the Imaginary by sharing your thoughts with me. I would like to see the gallery function as a base for questions about the object-image space. While the artists’ works find out how to relate to each other, new ideas can be formulated.
I hope the space between object and image, so hard to grasp, will start to show its edges. Meanwhile I will work on a report based on our findings. I think the title should be Frances, Paul and Olivier, considering that absence is an important theme in Blanchot’s work.
Let me know what you see and think.