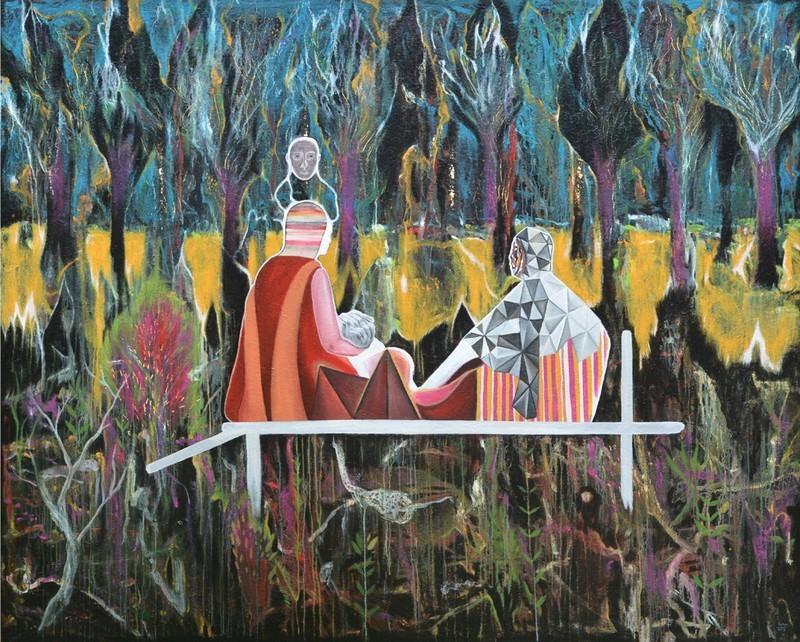 Walk through the exhibition with Matthias Arndt, Norman Crisologo, Erwin Romulo and the artists:

A publication will be published by DISTANZ Verlag to accompany the exhibition.

The underlying motivation of the exhibition and accompanying publication in Berlin is to shed light on the fascinating contemporary art landscape in the Philippines. WASAK! explores Filipino contemporary art, in the hope of providing an emblematic contextual compendium for western audiences. Signaling the first instance of its kind, WASAK! thus offers snapshots of current artistic practices from the Philippines, uniting a selection of its leading protagonists across generational lines, genres, and media.

All of the 19 participating artists included have witnessed the social and political upheaval of Philippines’ recent history. Most of these artists spent their maturation grappling with local events that have transpired such as: natural disasters like earthquakes and floods; political unrest in the form of coup d’état and calls to presidential impeachments; political ineptitude in the form of corruption and briberies; and longstanding bouts with poverty and urban overpopulation. This selection of artists have nurtured, or at least, directed their ideas into the reality that is Manila, the nation’s capital, from where most of the country’s bizarre undulations spring.

Although much of their work is inspired by their own localities, these artists continue to seek their place among the rest of the world. Through the jumble and mess of their own ground zero—which is a country of broken histories, a nation of lush influences, and a people constantly having to live despite of something—their art continued to become, individually, more diverse and yet collectively, as a single exploded view. ‘Wasak’ is a Filipino word that means “in ruins.” When used in the vernacular, it means “wrecked,” or as a more encouraging interjection—it can also mean “going for broke.” It is a term that signals a hazard.
In this field of scattered landscapes, of broken narratives and loose continuity, what then could be ascribed as Philippine Art? The artists represented in WASAK! have come from the different potholes this gap has created, which explains the varying degrees how their work tries to explain not only a locality, but their own place in art history.

In a 1979 essay, one of the most influential Filipino art critic, Leo Benesa, asked the question: “What is Philippine in Philippine Art?” Knowing how any kind of art from any other place cannot escape the influence of the Western canon, he settled with a more optimistic response in implying that the intention of the artist to paint well is what makes them Filipino: “Painters first, and bearers of message, second,” he concluded. The majority of the artists in the show have chosen painting as their primary medium, with a few exceptions that have dealt primarily with assemblage and sculpture. In looking at their paintings, trying to find out what special place they hold, we can follow Benesa’s prescription—to look at the form first, and then deal with the message later. To try to understand, before anything else, that their intention is to do something which is relevant for them, before handing out a prognosis that casts them as representatives of an aesthetic sensibility, a socio-historical period, or worse, a movement.

The 19 artists covered in WASAK! provide us with an opportunity to experience the different directions they have wandered into—a chance to view a small course of history that is finding its way into the arts.
www.arndtartagency.com