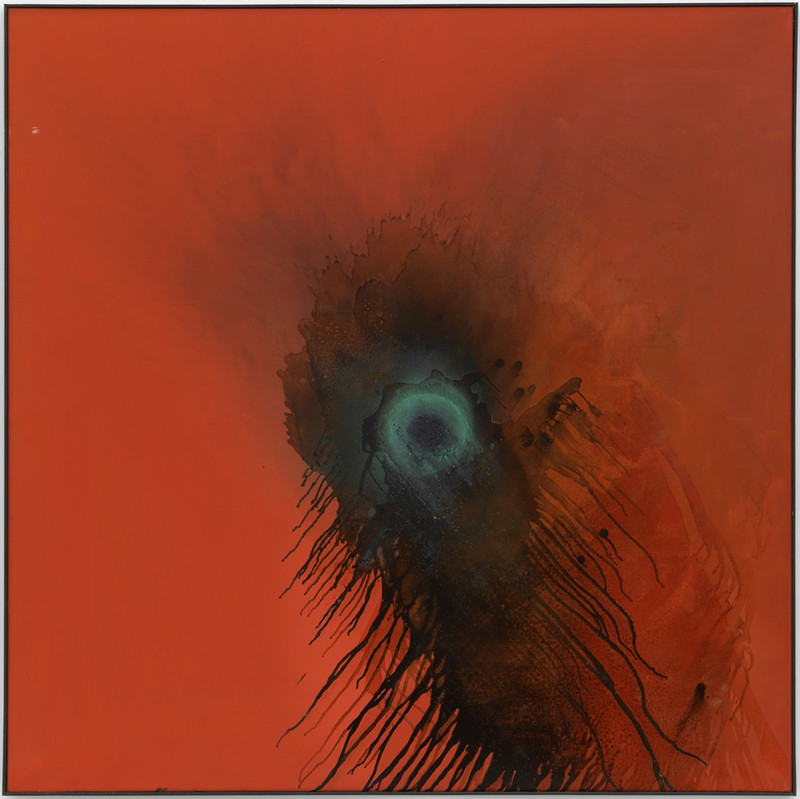 ARNDT Berlin is pleased to present its inaugural solo exhibition by Otto Piene.
Otto Piene, co-founder of the renowned ZERO group, was a visionary artist of the twentieth century avant-garde who reinvented his multidisciplinary practice over a career spanning five decades.

Founded in 1957 along with fellow contemporary Heinz Mack, and later joined by Günther Uecker in 1961, the ZERO group was a European art movement established in the aftermath of World War II. Seeking new beginnings, with idealistic and utopian ambition, the group strove to produce a radical and optimistic global art that dissolved boundaries and embraced elemental forces of nature. Embodying a newly defined artistic freedom, the ZERO group worked across a wide range of media, exploring ideas of light, space, movement, structure, colour and art’s experiential possibilities. Exhibitions were often presented in the form of immersive installations employing painting, film, kinetic sculpture and performance.

Such conceptual underpinnings were maintained within Piene’s own practice manifest in the interconnection between art, nature, science and technology. Known for his process driven, experimental approach, Piene aimed to produce genre-defying works that investigated notions of ephemerality, synaesthesia – the blending of the senses – and aesthetic experience.

Early in his career Piene created letter reliefs, perforated grid-light boxes and grid pictures that offered resistance to light. At the end of the 1950s Piene developed his first smoke drawings and mechanised light sculptures. In 1957 Piene created the Grid Pictures – stencilled paintings made from half-tone screens with regularly arranged points in single colours (yellow, silver, white or gold) – such as his work Pure Energy (1958; New York, MOMA). Continuing to evolve his practice in a variety of forms, The Lichtballette ("light ballets") involved light from moving torches projected through grids, intended to alter the viewer's perception of space.

Otto Piene’s pioneering large-scale public projects and environments began in the late 1960s. His Sky Art Events comprised inflatable air sculptures that conveyed ideas concerning the cosmos and environmental awareness. Most notable was Piene’s monumental 700 metre-long rainbow created in 1972 for the closing ceremony of the 20th Olympic Games in Munich. The artist’s active collaborations with technicians and natural scientists helped to provide new perspectives for art and today find resonance in the work of contemporary artists such as Olafur Eliasson and Tomás Saraceno.

From the early 1980s Piene combined his seminal smoke and fire pictures with the grids from his ZERO group period. From 1998 onwards he developed immersive light rooms, utilising projections to alternate light intensity, colour and form for various museums such as the Kunsthalle Bremen. In 2008, Otto Piene founded the international ZERO foundation with Günther Uecker, Heinz Mack and Mattijs Visser. The foundation houses the ZERO group archives from the three Düsseldorfer artists as well as documents and photos from other related artists that include: Lucio Fontana, Yves Klein and Jean Tinguely.

Within this solo exhibition, a selection of works in a range of media will be presented dating from 1962 to 2004, from fire gouache on board and gouache on paper, to oil on canvas and a site-specific light room installation.

Otto Piene’s solo exhibition at ARNDT Berlin coincides with the group exhibition “ZERO The International art movement of the 50s and 1960s” at the Martin-Gropius-Bau, Berlin from March 21 – June 8, 2015. This simultaneous exhibition presents works from the ZERO movement by artists that include Otto Piene, Heinz Mack and Günther Uecker.

Otto Piene (b. 1928, Laasphe, Germany - † 2014, Berlin, Germany) studied painting and art education at the Academy of Art in Munich and the Kunstakademie Düsseldorf. From 1952 to 1957 he studied philosophy at the University of Cologne. In 1964 he was appointed Visiting Professor at the University of Pennsylvania. From 1968 to 1971 he was appointed the first Fellow at the newly founded Center for Advanced Visual Studies (CAVS) at the Massachusetts Institute of Technology (MIT). In 1972 he became a professor of Environmental Art at MIT. In 1974 he was appointed as the Director of the CAVS and held this role until 1994.

Otto Piene represented Germany at the Venice Biennale in 1967 and 1971 and exhibited at Documenta in Kassel, Germany, in 1959, 1964 and 1977. In 1985, he exhibited at the São Paulo Biennial. In 2014 the Deutsche Bank KunstHalle and the Neue National Galerie in Berlin presented the exhibition "Otto Piene: More Sky". His works are housed in numerous international museum collections that include: the Museum of Modern Art (MoMA), New York; the Walker Art Center, Minneapolis; the National Museum of Modern Art (MOMAT), Tokyo; the Stedelijk Museum, Amsterdam; and the Centre Georges Pompidou, Paris.
www.arndtartagency.com