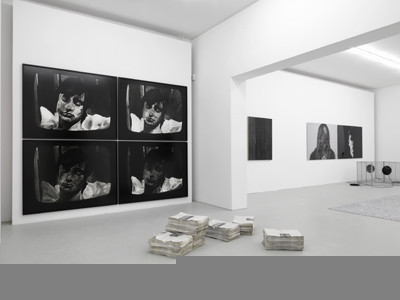 Youth is at once transient and eternal. As imagined in the sweet bird of Tennessee Williams’ famous play, it embodies the human wish to fly free. Flight can both denote aerial movement or an escape, a running away from danger or an unpleasant circum-stance. Returning to the peak experiences of adolescence, when the world is seen anew, when all is potential, has become a huge industry in Western popular culture.

Youth is transient because it does not physically last for long – that state marked by the phrase the bloom of youth. Ever since G. Stanley Hall introduced the idea of pu-berty as a separate stage of life, in his mammoth 1904 compendium on Adoles-cence, youth has been defined in terms of the 15–24 age group – a definition seized upon by the first youth marketers in the 40s and 50s when they created The Teen-ager.

As well as being targeted consumers, youth are always at the crossroads: between the past – the world-view of the parents whom they will leave – and the future: the world that they will inherit and will indeed have to shape. Quite apart from its developmen-tal complexities and difficulties, youth has to face important life choices as it detaches from the family: peers, intoxicants, sexuality, work. And then it has to make these choices real.

One refuge from all these growing pains – and one particularly suited to the tabula rasa of pubertal physiology – is to live entirely in the present. This intensity has been a hallmark of post-war popular culture. It is hard to imagine anything more different from the deferred gratification of religion – hence the frequent hostility between the two. Fundamentalists of all hues hate the freedoms contained within pop culture be-cause they cannot control them.

Instead of the after-life, youthful intensity enshrines life here and now: such a total concentration on the moment that it seems eternal. This oneness is, of course, tran-sient. However that does not stop adults trying to get back there for the rest of their lives. One way in which this is achieved is through music: so much post-war pop has attempted to enshrine youthful intensity that it is well-suited to trigger the memory of what it was like to be 13, 14, 15.
Another way in which the eternity of youth is enshrined is in the cult of Those Who Died Young. Although this goes back right to Classical mythology, the Romantics adapted this syndrome into the Industrial Age through fictional characters like Young Werther or real life heroes like the forger and poet Thomas Chatterton – dead at eighteen – who became an avatar to both Samuel Coleridge and William Wordsworth.

During the 20th century, this myth became a major part of the conceptualisation of adolescence. From the young casualties in the First World War – embodied in Britain by the figure of Rupert Brooke and in Germany by Walter Flex, the author of Wan-derer Between Two Worlds – to the 20s film star, Rudolf Valentino, whose death in August 1926 triggered riots on the streets of Manhattan, doomed youths became the gods of the new era.

Too Fast To Live, Too Young To Die: this syndrome has continued into the mod-ern era with figures like James Dean, whose death in 1955 inaugurated the mass mar-keting of youth culture with icons like Jimi Hendrix, Brian Jones, Kurt Cobain, Tupac Shakur and all the rest. Their pictures adorn adolescent bedrooms and render them shrines to this secular religion, deities that reflect youthful morbidity in all eternity. For they will never grow old.

After all, Tennessee Williams’ Sweet Bird of Youth is epitomised by the figure that, along with Stanley Hall’s Adolescence and L. Frank Baum’s The Wonderful Wizard of Oz, announced the 20th as the century of youth. Peter Pan never has to grow old, nor – flying between worlds – is he bound by earthly constraints. Like the Pied Piper, he is both seductive and destructive: like many adolescents, he has little thought of anyone but himself.

At the end of J. M. Barrie’s play, Peter is left outside, looking in at the happy Darling family: ‘He [might have] had ecstasies innumerable that other children can never know; but he was looking through the window at the one joy from which he must for ever be barred.’ This is the fate of the person who fails to leave youth behind: like Oscar Wilde’s Dorian Gray, he or she is condemned to live with the shadow be-hind the botoxed façade.

The simple problem is that perennial youth is completely toxic. It cannot work in hu-man form. This is the dilemma that confronts Chance in Tennessee Williams’ play and, indeed, many producers and consumers of popular culture. Now that youth has become, not a liminal state, but an engine of Western consumer capitalism, it is high time to look at the psychological and ecological effects of this elevation. For perpet-ual youth is as much a curse as an ideal.