A New Dynasty – Created In China 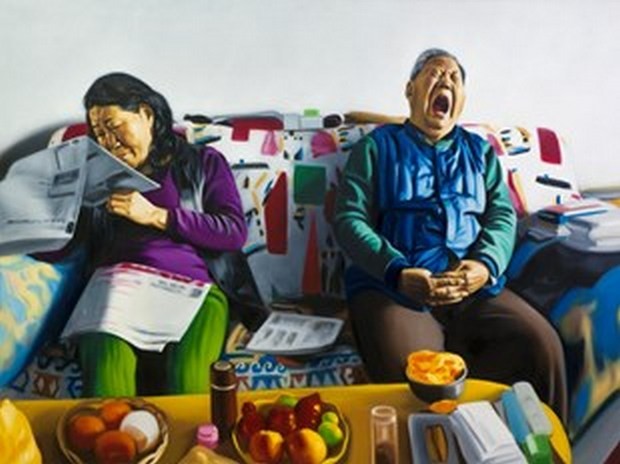 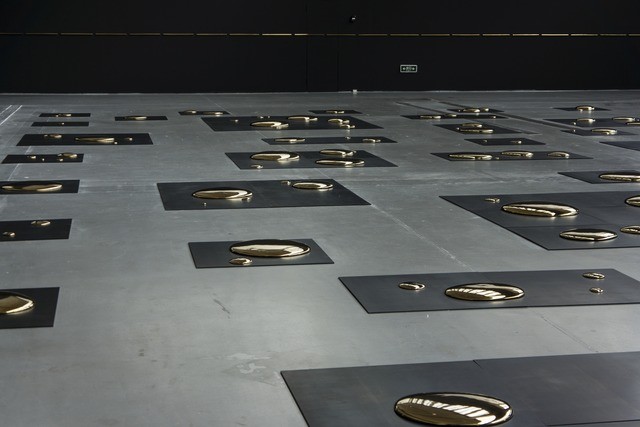 ARoS has hand-picked 24 Chinese contemporary artists for the exhibition A New Dynasty – Created in China who will be showing a colourful array of paintings, installation art, video, sculpture, and photography. The exhibition breaks with Western cliché-ridden ideas of China as a Made in China culture by presenting the participating Chinese artists’ view on China. Weighty subjects such as Chinese national feeling and freedom of expression run as undercurrents through the spectacular works of art.

ABOUT THE EXHBITION
A New Dynasty – Created in China is a visual, thought-provoking, and inspiring encounter with China as a present-day superpower. The works of art will give visitors unique keys to the understanding of a world which is both familiar and strange at the same time; the complex and multi-faceted phenomenon of China.

With this exhibition, ARoS focuses on the artists’ work methods and unusual approaches to Chinese reality, accentuating the political and social discord characterising China: the social elite contra the masses and the Communist ideology contra the fast growing market economy this country is experiencing.

A LEGENDARY SYSTEM CRITIC VISITS AARHUS
ARoS is particularly proud to be able to present Ai Weiwei at this exhibition. He just had his passport returned from the Chinese authorities and is now, for the first time in four years, free to travel. Quite exceptionally, Ai Weiwei has consented to participate in the group exhibition and he will create a new monumental installation for A New Dynasty – Created in China.

A SELECTION OF ARTISTS AND THEIR WORKS
Ai Weiwei (b. 1957):
In his installation Yu Yi, 2015, Ai Weiwei links past and present. The work of art is a figure, 12 m in length and plaited in bamboo, that will float eight metres above visitors’ heads. The figure is a reference to a specific jade funeral garb from the Han Dynasty (c. 2000 years ago). At the same time, Yu Yi is a flying superman referring directly to China as the ultimate world superpower.

Xu Bing (b. 1955):
Xu Bing’s installation 1st Class, 2011, consists of 500,000 Chinese cigarettes laid out in an intricate pattern so that, from a distance, the cigarettes resemble a huge tiger’s skin. The tiger is central to Chinese culture as the symbol of health, strength, and prosperity. In this way, Xu Bing constructs a contrasting relationship between the symbolism inherent in the installation – the powerful tiger – and the actual content of the art work – the cigarettes presenting health risks. China is the world’s largest consumer and producer of tobacco. 43 per cent of all cigarettes in the world are produced in China. Add to this the fact that more than 300 million Chinese from all social classes are smokers.

I his project Mobile Studio, 2012, Maleonn used the social medium Weibo to invite the whole country of China to orchestrate itself. The project resulted in 1,600 pictures and Maleonn spent one year criss-crossing the People’s Republic of China. Mobile Studio manages to bring a global social trend into focus: the culture of self-orchestration while the democratic nature of the project suspends Chinese class divisions allowing the meeting of high and low in this fictional project. Mobile Studio presents China in a series of creative, imaginative, and humorous individuals whose dreams, thoughts, and imagination are universal.

Yin Xiuzhen (b. 1963):
Yin Xiuzhen often uses recycled materials in her sculptures and art installations. As part of her project Portable Cities, Yin Xiuzhen will create a new work for the exhibition A New Dynasty – Created in China, namely a 3D travelling suitcase installation of Aarhus city sewed in local second-hand textiles. Yin Xiuzhen is fascinated with personal recollection. She sees memory as man’s most important roots in a modern world – especially in a country such as China where social and structural changes take place at a fast pace.
www.aros.dk