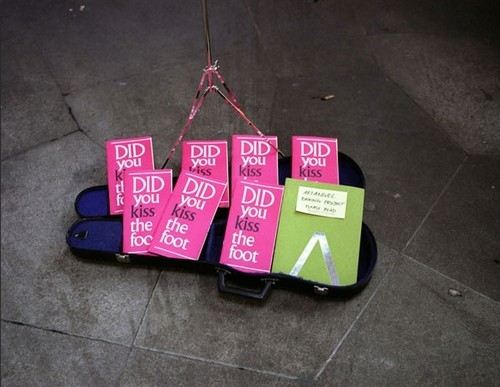 RUTH EWAN
Did you kiss the foot that kicked you?

"Give me the making of the songs of the nation, and I care not who makes its laws." (Andrew Fletcher, 1703)

"Music is doing something to everyone who hears it all the time."
(Arnold Perris, Music as Propaganda, 1984)

Ewan MacColl wrote Ballad of Accounting in 1964. The lyrics follow a simple structure, considered to be unique among his three hundred compositions. The song offers criticism as self-reflection, repeatedly posing provocative and direct questions:

Did you stand aside and let them choose while you took second best?
Did you let them skim the cream off and then give to you the rest?

Government records released in 2006 through The National Archive show that from 1932, security service MI5 held a file on MacColl. One report claims that he was ‘a communist with very extreme views’ who needed ‘special attention’. The file also states, as a cause for concern, that MacColl had ‘exceptional ability as a singer and musical organiser’.

Ruth Ewan's Did you kiss the foot that kicked you? involved the co-ordination of over one hundred buskers around London. Performing both under and above ground, the buskers incorporated Ballad of Accounting into their usual repertoire. Their individual acts shared a collective purpose. The week-long series of performances slipped quietly into the rush-hour routine, as the scattered recitals filtered into the subconscious of those passing by.

Busking is about something other than just being an able musician or a street entertainer; it is a raw performance, an autonomous act.

Legislation has almost eradicated busking; by-laws and policing keep all but the hardiest musicians from the streets, while others pursue bureaucratic routes into designated areas. The recent introduction of music licensing has restrained the natural spontaneity of performances across a range of live venues.

The entirety of Did you kiss the foot that kicked you? could not be experienced by any one person. We may or may not have become aware of the song’s fleeting presence in the city: a bold brass section as we cross the Thames or a quiet voice accompanied by a guitar as we turn off the main street.
www.artangel.org.uk