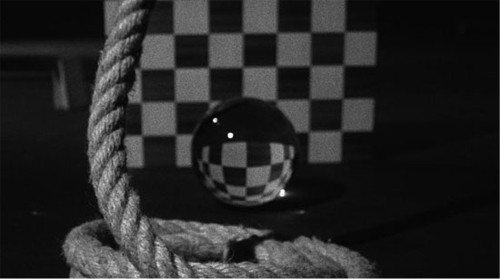 From January the 9th to February the 28th, art: concept presents a looped program of artist’s films featuring works by Michel Blazy, Ulla von Brandenburg, Jeremy Deller, Richard Fauguet, Vidya Gastaldon, Lothar Hempel, Adam McEwen, Pietro Roccasalva, Roman Signer.
This hour long screening gathers audio-visual works, among them some have never been shown in France. Throughout the program, the videos share some common themes. Some occasional connections emerge, however, they don’t result from a specific or a predefined concept.
The works have been chosen according to their own features, they can be considered for themselves as well as in relation to the other artist’s works. The loop editing of those videos inevitably creates singular links from a work to another. For instance, some techniques or some ways to consider the moving image are common to several works: Jeremy Deller’s Klezmer Chidesch spielen ihre Komposition für die 4. berlin biennale (2006) and Roman Signer’s 56 kleine Helikopter (2008) document an action. This approach belongs to the realm of archiving method: recording the real without any aesthetics will. Moreover, the current program also includes some animations made from moving drawings set to music such as Vidya Gastaldon’s Rééquilibrateur-Générateur (2005) or Richard Fauguet’s L’économiseur (2002).
Thus, those artists’s works explore the heterogeneous characteristics peculiar to the filmic medium bringing together references from theatre (Ulla von Brandenburg’s The Objects (2009) or Lothar Hempel’s Ikarus (2003)) to the avant-garde films, going through music video and video games.
www.galerieartconcept.com