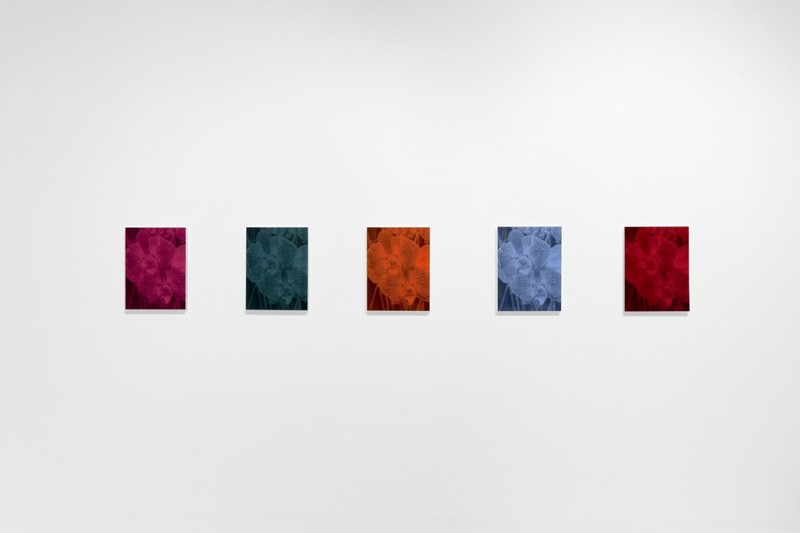 Is not a précis on the work.

Does not tell us all the work’s contents.

Does not develop the whole argumentative line or give away all the analysis-research...

Does not tell us everything but makes us want to read. (1)

On occasion of his third personal exhibition at the gallery, Art : Concept is pleased to present a new ensemble of images by artist Pierre Olivier Arnaud. These images appear as a body of work named abstract. They all come from very different sources: Things seen as much as collected or re-interpreted. As usual they are here as “mere” echoes of possible images, much more in their potential or projective aspect than as achievements...

abstract therefore becomes an abstracting proposal, a nebula of images, as much as the idea of contraction, condensation or summarization of possible deployments. We recognize promising patterns of radiance, horizons, continuous-tone images, flower-patterns, future sproutings and spaces where projection is endlessly renewed. Images aren’t passive here; they are thrust into new perspectives fostering new ensembles and the occupation of new spaces.

and finally, one of the pieces runs all across the gallery, drawing and defining the space, it is a festoon of pennants representing shades of grey (details of images which Pierre Olivier Arnaud collects from the daily press and magazines). A festoon to be perceived as «festive» shape but also as artificial supplement and renewal of reverie.

Pierre Olivier Arnaud was born in 1972. He lives and works in Lyon. His work is based on images seen as patterns but tending to disappear. He asks questions on the status that such collected images can have, an unclear and precarious status partly on account of his refusal to define himself as a photographer. He does not see himself as a person who would shoot an image of something in order to propose it to others in a literal and immediate way.
POA works on the invisible part of images, on all that they have that is fragile and noncompliant, as well as all the representations and interpretations that they may generate.
Pulling away from the concrete perusal of an image, he produces a multitude of patterns; very often abstract, almost always in black and white, playing with pre-existing visions and undermining the visible sublime. Thus dissolved, an image first seems enfeebled, but on second glance we are drawn back to it in an effort to look at its details” (2). POA’s works are a somewhat dark, direct and honest vision of the world; inviting us to look at things differently, going beyond the evidence of glossy aesthetics and penetrating the identity itself of an image.