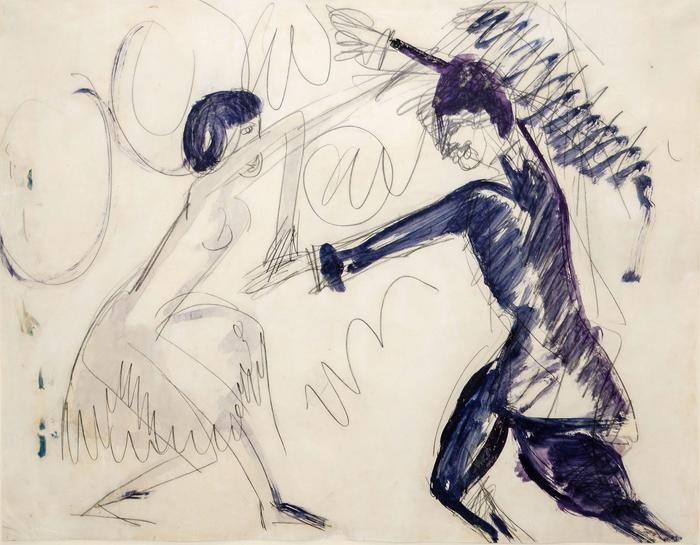 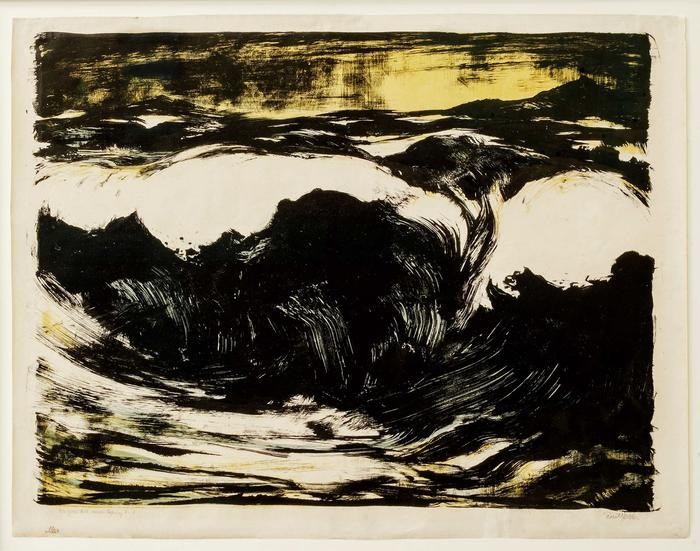 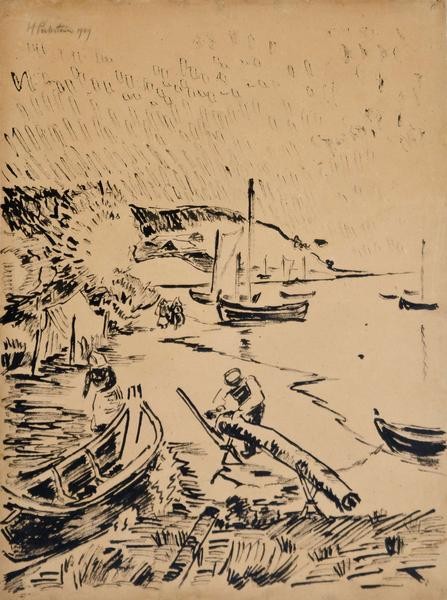 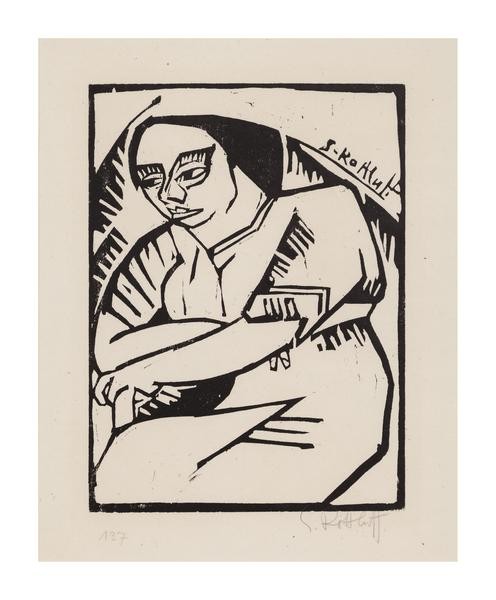 Van Doren Waxter, in collaboration with Beck & Eggeling, Düsseldorf, presents Emil Nolde and Die Brücke, an exhibition featuring works on paper by Emil Nolde (1867-1956) alongside fellow German Expressionists and Brücke artists Erich Heckel (1883-1970), Ernst Ludwig Kirchner (1880-1938), Max Pechstein (1881-1955) and Karl Schmidt-Rottluff (1884-1976). This exhibition will be featured as part of Master Drawings New York January 24-January 31 and will be on view at the gallery through February 20, 2015. A German/English catalogue has been published on the occasion of this exhibition, including an essay by Dr. Eva Dewes.

The group known as Die Brücke, or The Bridge, a name chosen to symbolize the group’s intended mission, was founded June 7, 1905, by Fritz Bleyl, Erich Heckel, Ernst Ludwig Kirchner and Karl Schmidt-Rottluff. Each with a distinctive style, the young artists were united by their common ideals and shared rejection of traditionally accepted academic tenets, opting instead for a more spontaneous and organic approach. Erich Heckel later recounted that it was Schmidt-Rottluff, influenced by Friedrich Nietzsche’s Thus Spoke Zarathustra, who “...suggested the term 'bridge' – a word with many overtones, he said, but without any idea of a program. It would lead, as it were, from one bank to another. What we must put behind us was clear - what we would come to, far less so." Within the construct of this intentionally open framework, the Brücke artists developed, by cultivating their combined, like-minded identity and through individual, independent experimentation.

The Brücke artists, having seen Nolde’s work at an exhibition in Dresden in 1906, invited him to join their group. His formal association with the group would only last a year; he remained on good terms with the Brücke artists, however, even after their dissolution in 1913. The goal, to pursue a progression from old to new and into still unknown territory, was one the Brücke artists would continue to share with Emil Nolde who believed that, “Every true artist creates new values, new beauty and then new laws arise,” even if they would not always visually approach this objective similarly. Emil Nolde and Die Brücke is comprised of a selection of works to highlight the development of this relationship, from the initial dialogue, to the form it took in later years: harmonies amongst the artists, their ideas and works, and the divergence of Nolde’s work from that of his former Brücke colleagues over the span of his career.

Emil Nolde, in particular, is known for his masterful use of color; the spontaneous and fluid nature of Nolde’s watercolor technique produced a deliberately limited control, allowing color to dictate form. In Nordfriesische Landschaft mit Bauernhof (North Frisian landscape with farm), n.d., as in all of Nolde’s watercolors, form is captured in vibrant, boundless strokes of vividly saturated color. To proceed in any direction methodically seemed contrary to his methods: “I prefer to avoid deliberation beforehand, just a vague idea, a glow and color suffices. Under the work of my hands the picture develops itself.” This concept too aligned with his Brücke colleagues, as Dr. Dewes writes in her catalogue essay, “For the Brücke [...] color was the sole medium of expression, the mirror of the soul, whose spontaneous inner perceptions should alone determine the artist’s approach to his work.”
www.vandorenwaxter.com