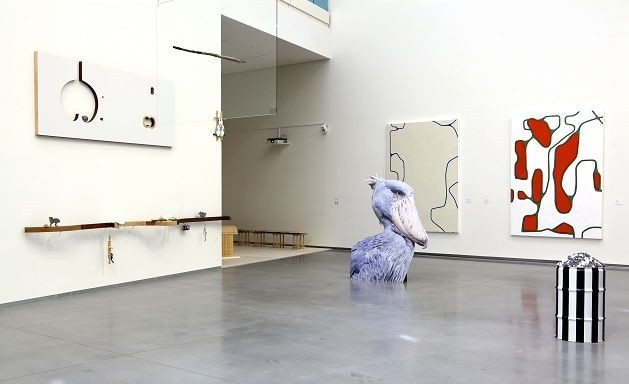 Over the last ten years, Astrup Fearnley Museet has initiated a number of exhibitions that map different art scenes in different countries. These shows, which include 'Uncertain States of America', 'China Power Station', 'Indian Highway' and 'Imagine Brazil', look at artistic languages, but also take into account the social and cultural context, the role of institutions, the critical discourses and the commercial art system in the countries in question. Now the museum turns its focus to Europe, with the exhibition 'Europe, Europe'.

Europe is a continent consisting of different nations and different linguistic and cultural entities. This makes the European art scene even more diverse than the other studied art scenes. Due to this complexity the exhibition has been correspondingly extensive. The exhibition's curators Hans Ulrich Obrist, Thomas Boutoux and Gunnar B. Kvaran, has formed an "organic curator model" that allows the exhibition to change and evolve over time.

The exhibition at Astrup Fearnley Museet brings together over 30 young artists under the age 35 from eight European cities: Berlin, Brussels, Paris, London, Zurich, Prague, Lisbon and Oslo. The exhibition is the first part of an extensive and evolving exhibition series that will travel on to other European art institutions.

The exhibition's theme
The general theme of the exhibition is the artists mobility and migration in Europe, the fluidity of artistic ideas and the encounter between different artistic and cultural scenes.

This development in the last years comes from the fact that interrelationship between European countries has changes radically with the development of the EU and the disappearance of frontiers between nations/countries. Even though the EU has been mainly developed to facilitate financial and commercial transactions in Europe without any visible interest of including artistic and cultural questions into this important project, the artists have taken advantage of the fading frontiers, and established themselves where they see new possibilities.

Adding to this is also the fact that in the 90ies the EU initiated a new reformation (the Bologna Agreement) within the art schools in Europe bringing them from the state of traditional art schools based more on technical skills to a more academic research based education. This reformation has radically changed the knowledge production within the art school often resulting in the fact that the art school/universities are more producing intellectuals who then become artists or even critics, curators, gallery workers or other kind of professionals within the art world.
Europe is a territory that is more polycentric than ever before, where artists come and go from one city to another, without no longer being attached to their home countries nor determined by the canons and rules that have long defined and structured the various European Art Nations until now. The exhibition will highlight this and will touch the issues surrounding migration and common European identity.