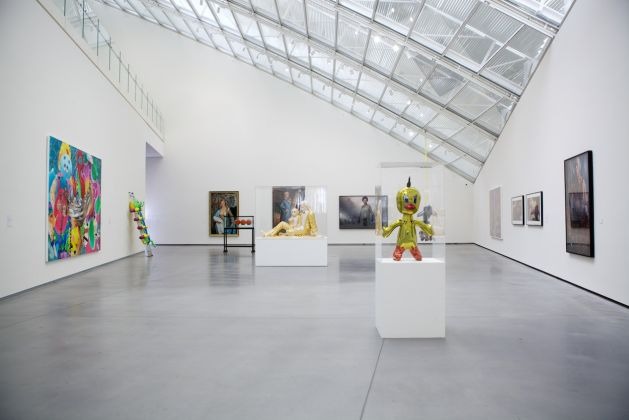 The exhibition Good Morning America casts light on how, in the late 1970s and the 1980s, an important group of American artists invented a new form of artistic language, often referred to as ‘Appropriation art’, by borrowing existing photographs, objects, aesthetics, ideas and clichés found in American art and consumer culture.

The exhibition includes works by Cindy Sherman, Richard Prince, Jeff Koons, Robert Gober, Felix Gonzalez-Torres and Charles Ray. Each has created a very personal form of artistic expression to tell a story of American society at the time.

Taking the readymade and collage as their starting point, and influenced by Pop art and Conceptualism, these artists undertook a critical examination of the structures of the new media and consumer society, and addressed a wide range of issues from the American culture of their time, such as the representation and construction of identity, gender roles, sexuality and sexual orientation. Seen together, their works present fragmented images of American life from the 1970s to the 1990s, pointing towards the spectacle of consumer culture in general, at the same time as revealing their own personal engagement with American culture in particular.
www.afmuseet.no/en/hjem