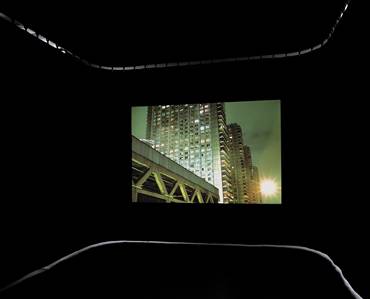 Knut Åsdam (b 1968) is one of Norway's most internationally distinguished young artists. He uses film, video, photography, text, sound and architecture to probe the borders between subject and setting. Life in the contemporary urban scene is one of the recurring themes in Åsdam's experimental work which seeks to exhume the subconscious layers of city life and their affect on people's individual personality.

Åsdam has been showing his work internationally for more than a decade, among other things representing Norway at the 1999 Venice Biennial. This exhibition will be showing a selection of his major works, including the 1993 video ‘Come to Your Own' and his latest film, ‘Blissed' (2005). Åsdam uses an extensive array of references to everything from architecture to philosophy, politics to club culture, sexuality and desire to construct experimental situations that allow a critical examination of the social fabric.