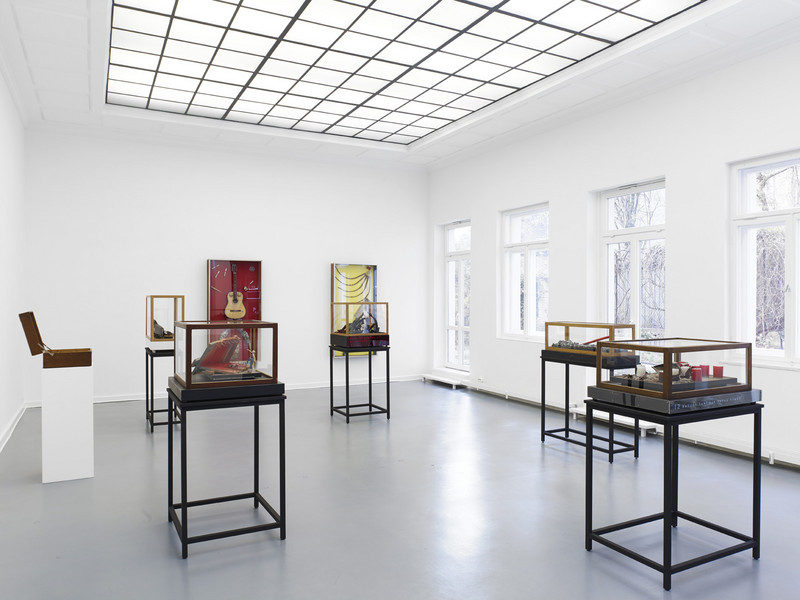 For Gallery Weekend Berlin, edition 2013, Aurel Scheibler will presentm Vorstoß ins Niemandsland (Advance into no man’s land), a concentrated group of works by Curt Stenvert (1920–1992), which as ‘Gesamtkunstwerk’ strongly evokes the extremely individual, committed and persuasive vein that distinguishes this oeuvre. The exhibition will run from April 27 until June 22 and will open on Friday April 26 from 6 p.m. to 9 p.m.

Active as filmmaker, painter, sculptor and object artist, Stenvert’s various working methods made him one of the most adroit and agile artists of his time. A traditional education in painting and sculpting was complemented with theatre studies and led him straight into the making of Austria’s first avant-garde movie ‘Der Rabe’ in 1951. From there on, Stenvert always was ahead of his time, not disconnected from it, but on a quasi-parallel route. This enabled him to incorporate elements from past movements that echoed his beliefs and concerns such as Dada and Surrealism, and to blend them with innovations that arose from his own very personal convictions and views on life and art. From Edgar Allan Poe’s The Raven poem onwards, literature meandered as a constant leitmotiv through his oeuvre and his poetic titles often are the key to the demystification of his work.

L’art pour l’homme is Stenvert’s credo-art for the individual, art as awareness initiator, art as instigator and saviour of the world. His works are modern allegorical compositions, which are intended to render renounced values and abstract concepts perceptible again to our senses. It was his intention to convert man through art, to capacitate him again to live his life an approach simultaneously highly romantic and highly pragmatic. He introduced functional art, bio-cybernetic paintings, and process-perspectives–concepts connected to the realities of a constantly changing world and considered his work as a tool to elucidate existence through the eye. Art was a spiritual process through which Stenvert wanted to gauge, debate, reveal correlations and highlight psychological and physical developments. Art was his way to change humanity.

Curt Stenvert is a crossroads artist. A contemporary of Edward Kienholz, H.C. Westermann and Paul Thek, his work is clearly indebted to the Berlin Dada of Raoul Haussmann and John Heartfield, to George Grosz and Joseph Cornell. In turn, Stenvert’s impetus reverberates in the oeuvre of a later generation of artists such as Martin Kippenberger, whose approach to life as well as art is characterized by a scathing criticism of societal behaviour and intense self-mockery so often derivative from an essentially romantic disposition.

Looking at Stenvert’s work today, one realizes that his oeuvre makes as much sense / nonsense at this point in time as it did decades ago and that the combination of ‘double-entente’, verve and biting critique has lost nothing of its shocking quality.