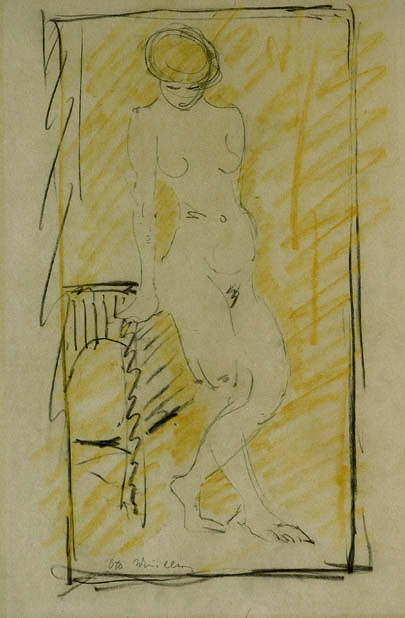 “ For thirty years the public has been confused. Ever since the Armory Show countless starting new art forms have only succeeded in provoking one question: What is art – for heaven’s sake?”
Karl Nierendorf, 1942

Berlin – The exhibition „Zwischen Dix und Mueller“ („Between Dix and Mueller“) highlights the work of a group of early 20th century artists, whose lives and careers were fractured by one, if not two, world wars but whose names are now firmly established in art history. It also reflects the story of a gallery, whose activities were tightly connected with this generation of artists, and whose tireless efforts to promote their work, both in America as well as in Europe, helped to shape their reputation and renown internationally.

On an historical side note, the gallery spaces at Schöneberger Ufer, which are now occupied by Aurel Scheibler housed the Nierendorf gallery from 1933 through 1938. It is not unthinkable that some of the works from the current exhibition were shown on the very same walls nearly one century ago.

Zwischen Dix und Mueller“ will open on Tuesday, 9 December at 6.30 p.m. The Karsch biography will be presented and Dr. h.c. Andreas Hüneke of the Freie Universität Berlin and Florian Karsch will speak. The exhibition will run until Saturday, 31 January 2015. (Please note that the gallery will be closed from 22 December until 5 January 2015).
www.asshowtime.com