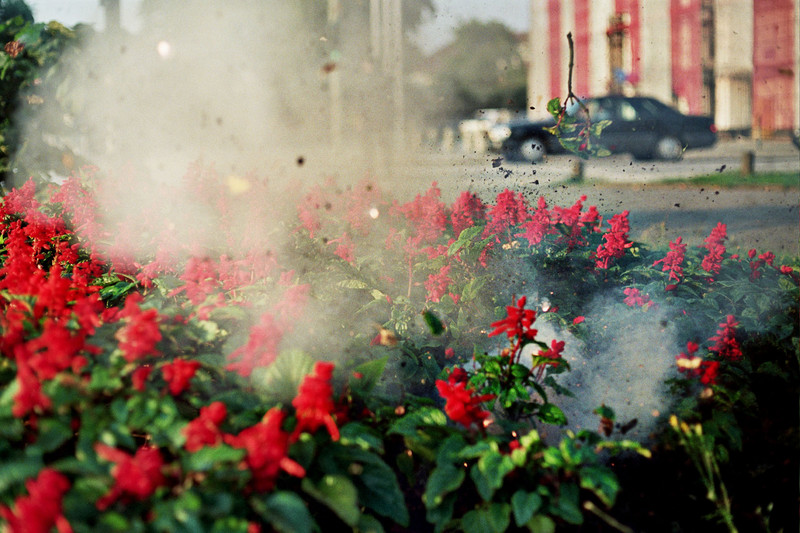 Badischer Kunstverein is pleased to present an extensive solo exhibition of artist Annette Wehrmann (1961–2010). Wehrmann’s works contributed to the politicisation of art in the 1990s. In a unique manner, she combines methods of conceptual and performance art with Situationism, feminism, and science fiction. Her drawings, sculptures, installations, performances, videos, and texts create a unique and accessible language that aggressivelyresists supposedly established norms and instead calls for alternativeconcepts and utopian ways of thinking. Using an idiosyncratic amalgam of anarchic prose, intellectual discourse and dry humour, Wehrmann expresses her disquiet with the world while underlining an autonomous attitude that characterises both her art and her everyday life.

The exhibition at Badischer Kunstverein brings together a range of individual pieces and bodies of work by the artist. Wehrmann’s UFO architectures are given a central role. These objects, influenced by feminist science fiction literature, the jazz musician Sun Ra and the architectural group Archigram, assembled using cheap materials, are described by the artist as a “turning in to oneself” and as a “desire for a better, different life”. The S.C.U.M. installation (2007), presented once again in the Kunstverein, makes reference to Valerie Solana’s eponymous social utopia of a world without men, work or reproduction.

Public space, in particular itsincreasing privatisation and commercialisation, is another important topic in Wehrmann’s art. In the photo series Blumensprengungen (Blowing Up Flowers, 1992–95) the artist literally explodes city flower beds. Fußbälle/Kugeln (Balls, 1989–90) is an early sculptural work consisting of balls made from bricks which the artist played football with in a performance piece. The objects are supplemented by a series of drawings and collages that were exhibited under the title Absolut der richtige Sport für mich (Absolutely the Right Sport for Me) in 2011. The installation DSB für die Zukunft (DSB for the Future, 1993–96) is based on an early performance art piece in which Wehrmann introduced the shell-shaped, concretecoins, which she called Deutscher Seifenbeton (German Soap Concrete), as a new currency, thus creating an alternative economic space.

The Kunstverein exhibition devotes special attention to Wehrmann’s performative and text-based works alongside her drawings, sculptures and installations. In her video-documented performance Fakirtüten (Fakir Bags, 1991), for instance, she carried plastic bags filled with water and punctured with pins through public space, without leaking a single drop of water. Her texts typed on paper streamers instance a visual poetry that Wehrmann presented in readings and included in installations. In addition to publications by the artist and her networks of friends, the exhibition also presents a cross-section of writings in which the artist drew equally on science and on popular culture. This section attempts a contextualisation in order to apprehend the work of Annette Wehrmann in its multi-layeredness and complexity.

Annette Wehrmann (1961–2010) lived and worked in Hamburg. She studied fine arts at the Hochschule für bildende Künste Hamburg (University of Fine Arts) and at the Städelschule in Frankfurt.
www.badischer-kunstverein.de