CONTINENTAL DRIFT: Conceptual Art in Canada: The 1960s and 70s 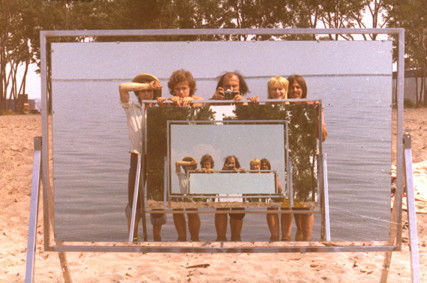 From 28 June to 8 September 2013, Badischer Kunstverein is hosting the second part of "CONTINENTAL DRIFT. Conceptual Art in Canada: the 1960s and 70s". Involving a broad spectrum of different materials and media, the exhibition highlights artistic practices that have been particularly significant within Canadian contemporary art, but also in the context of international developments.

The second part adds two new chapters to this major exhibition dedicated to con- ceptual art in Canada in the 1960s and 70s. Setting the context of the exhibition as a whole, the central section focuses on artistic and cartographic explorations of landscape, site, and geography. Due to the vastness of the Canadian landmass, these themes have manifested in intellectual pursuits throughout the country. One of the newly added points of thematic focus concerns the relationship between conceptual art and body politics seen against the backdrop of feminist and queer strategies. Including the early feminist work of Kate Craig, Suzy Lake, Lisa Steele, and Martha Wilson, among others, this section also examines the interface between language and the body, as well as videos of early body and performance art, featuring Vito Acconci, Colin Campbell, Tom Sherman. The second, new chapter focuses on artist-initiated institutions and artists’ collaborations. This chapter also in- cludes alternative publishing projects and art-related para-entrepreneurial under- takings. Highlights are the endeavours of N.E. Thing Co., General Idea, and Vincent Trasov’s Mr. Peanut for Vancouver Mayor campaign.

CONTINENTAL DRIFT is not only the first comprehensive presentation of Canadian conceptual art in Europe, displaying more than 100 artists on all three floors of the Kunstverein. It also includes an ambitious accompanying program of events, which accentuates each thematic complex through guest lectures, artists’ talks, workshops, performances and film screenings. Part I of the exhibition featured lectures by Ian Wallace, Tabea Metzel (on Joyce Wieland), Garry Neill Kennedy, Iain Baxter& (N.E. Thing Co.), as well as a conversation between Garry Neill Kennedy and Kasper König. All events have been filmed and this valuable documentation will be accessible for viewing in the foyer of Badischer Kunstverein. To mark the opening of the second part, internationally renowned art historian Alexander Alberro will give a lecture entitled "Conceptual Art & Language" on June 27 at 6.30 pm. In the days after the opening pioneering feminist artists Suzy Lake and Lisa Steele will each give a lecture and a workshop, which will be followed by a lecture by AA Bronson as well as a peformance by Ian Murray towards the end of the exhibition.

CONTINENTAL DRIFT is devoted to a significant and hitherto underrepresented period in Canadian art. It sees itself as a milestone in recent international efforts to explore the important, but still incomplete research into conceptual art, and is part of the Badischer Kunstverein’s ongoing interest in histories of conceptual art, exemplified by exhibitions such as "Why here is always somewhere else" (2008), and "Nancy Holt: Sightlines" (2011).
CONTINENTAL DRIFT seeks to discover the discursive potential that arises in the exploration of the relationship between centre and margin, as well as local perspectives in contemporary art. Most importantly, the exhibition may be considered an important case study within the international effort to expand the understanding of art history – its perspectival politics within a globalizing world.

The exhibition will be followed by a publication designed by Dexter Sinister.

Funded by the German Federal Cultural Foundation.
Kindly supported by the Ministry of Science, Research and the Arts of Baden-Württemberg, the Canada Council for the Arts, the Ontario Arts Council, and the Embassy of Canada, Berlin.
www.badischer-kunstverein.de