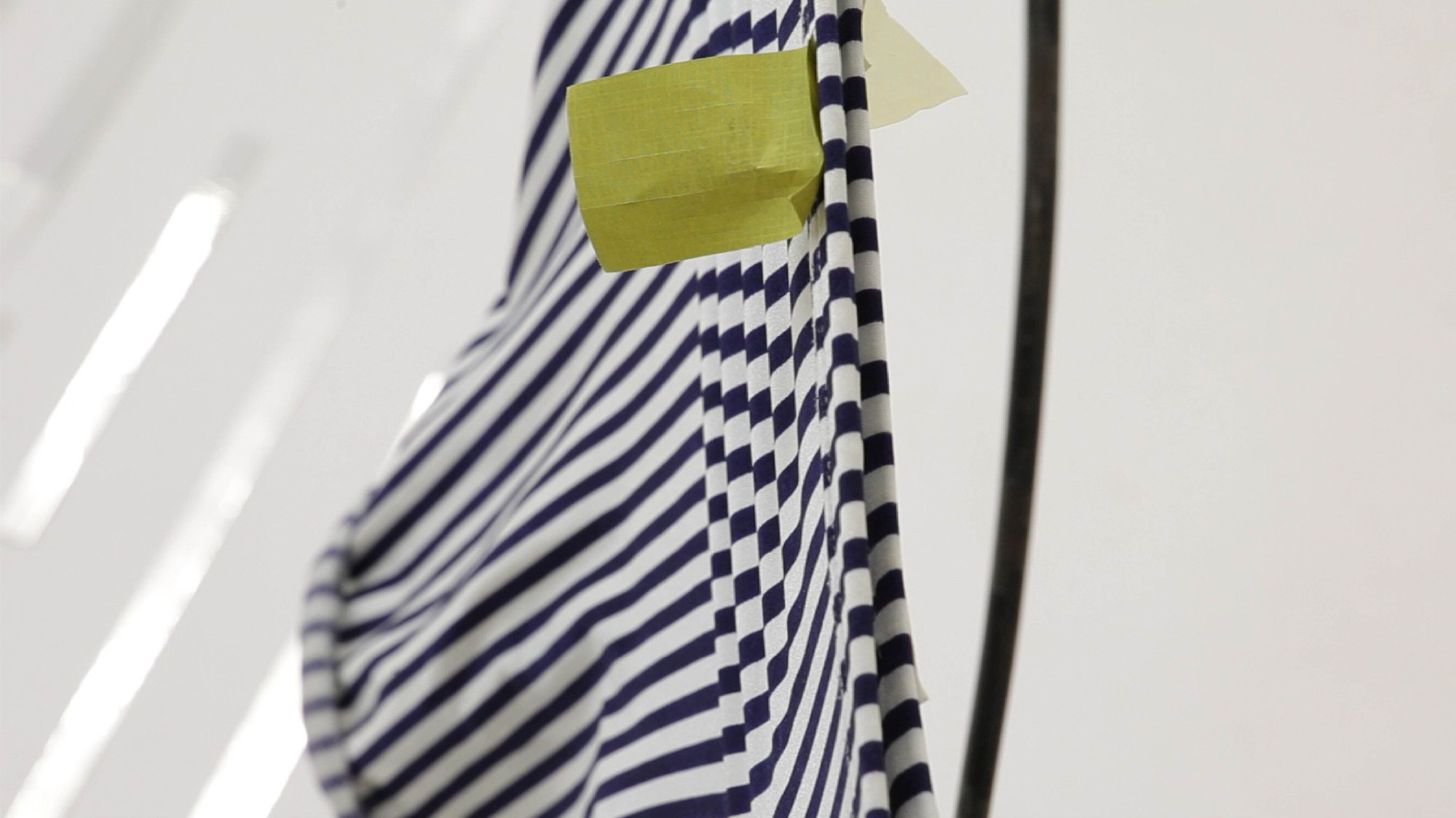 Heidi Herzig & Ben Öztat, Strandszene, 2014, Videostill. Courtesy of the artists.
They entered the store. The offer did not keep them happy. They were more interested in the ⨅ construction⊣ of the room, which kept things in the air.

After a little while they noticed the sloping ground underneath them. Just slanting enough or already so inclined to be almost slanting. In light blue. With increasingly passing time, at least one had to assume that she did, ≜ changed the slight, but clear slant of the ground, ⪛ where they were, noticeably their gravitational-body ratio.

The result was a sudden jump without having crossed the space in between, or the foamy, fleeting but more real experience of an unexpected change of direction at ⧉ . As if the vertical wanted to communicate something to them.

From then on they walk through angles and circles with a serum obtained from this event at their temples. These, if necessary, are rearranged and positioned in relation to each other under altered laws of attraction. Some people tell us about a special scent that you can smell in the course of this process, if the wind has just turned ∢. ∥

Since 2014, Heidi Herzig and Ben Öztat have been exploring local and situational gaps and vacancies for joint intraventionist interventions under the guise of pseudonyms. For the exhibition at the Badischer Kunstverein, the artists* will break open their individual positions in order to create openings for synergies that also feel comfortable in a museum context.