The Undercurrent - Extended until 30 August 2020 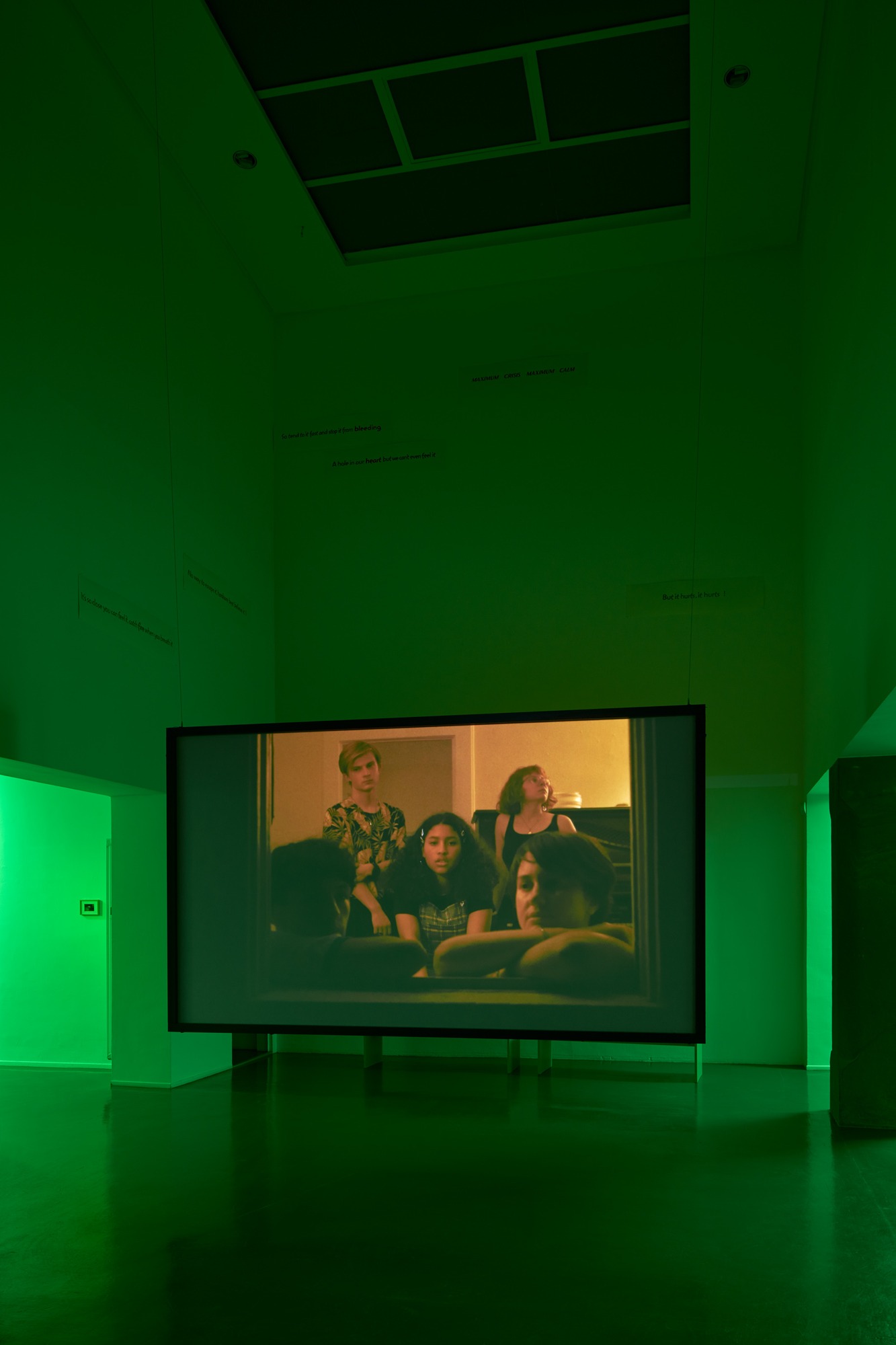 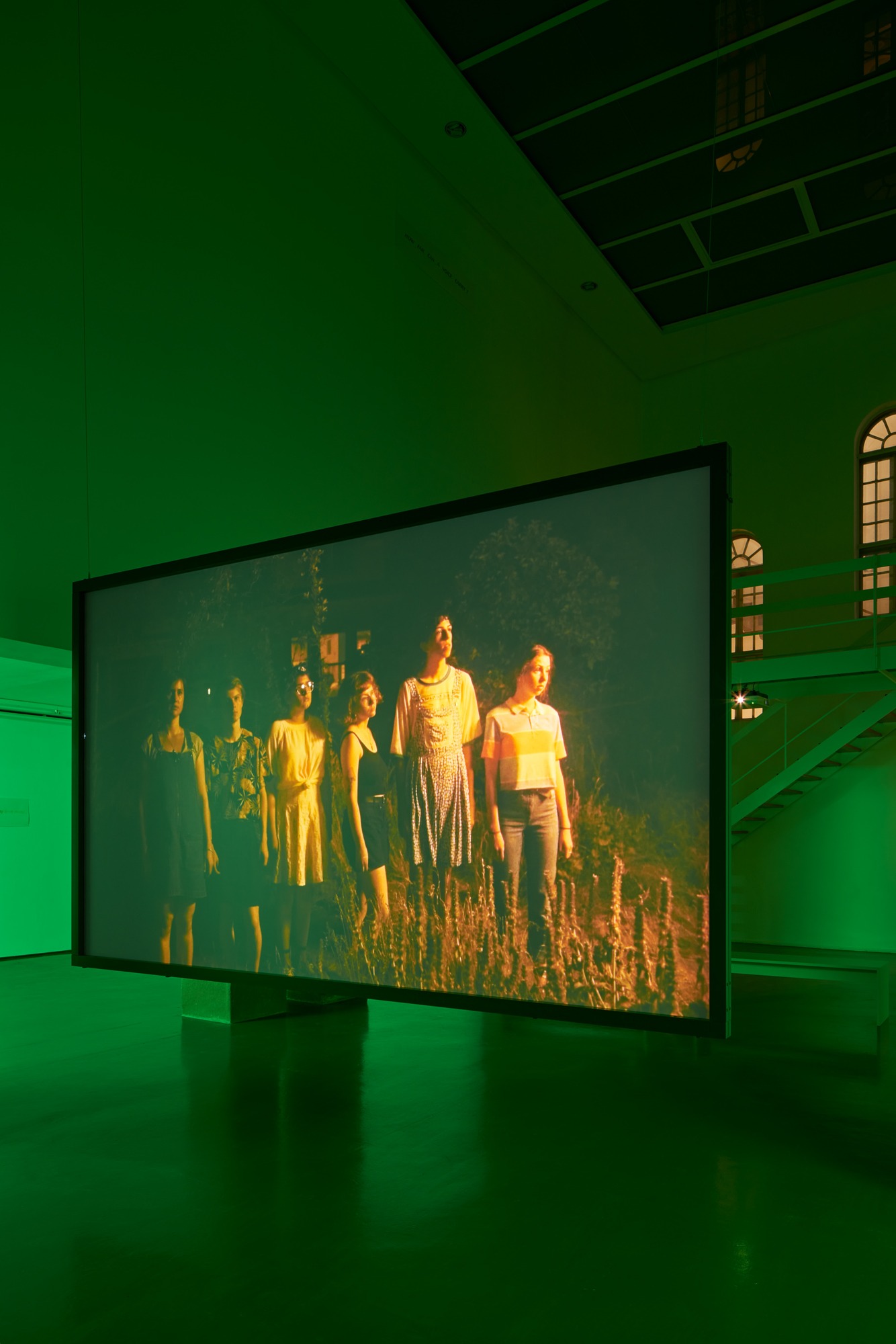 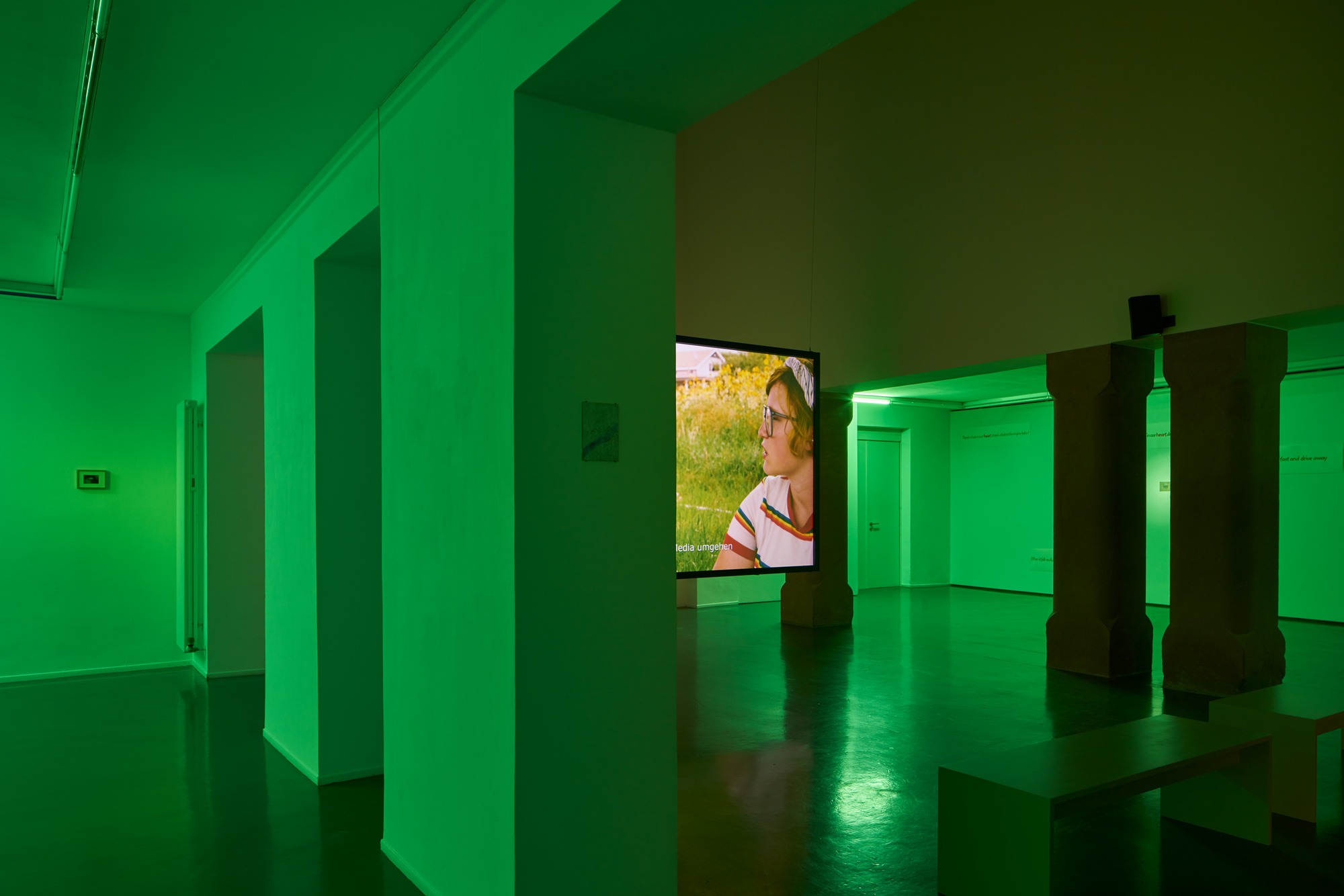 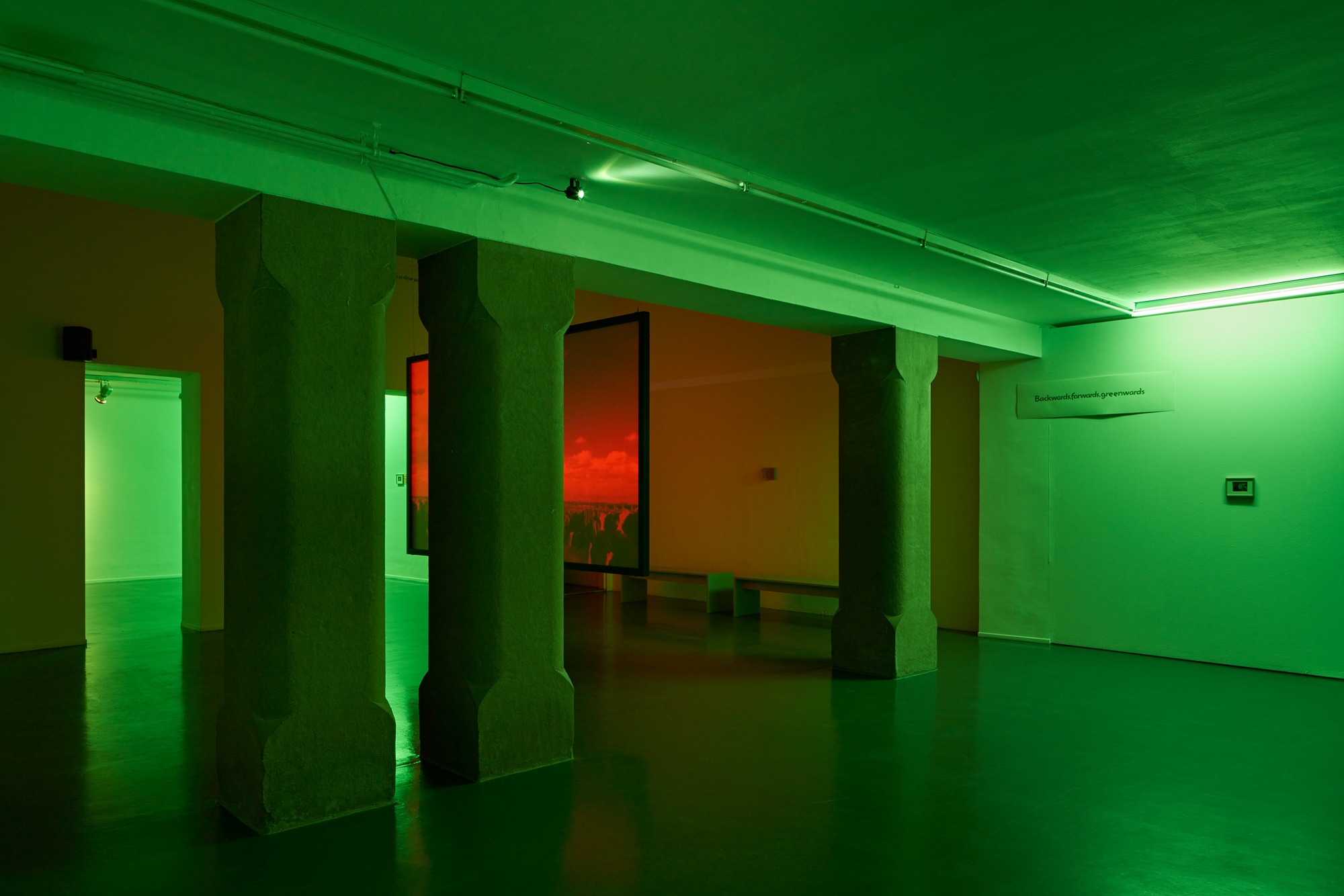 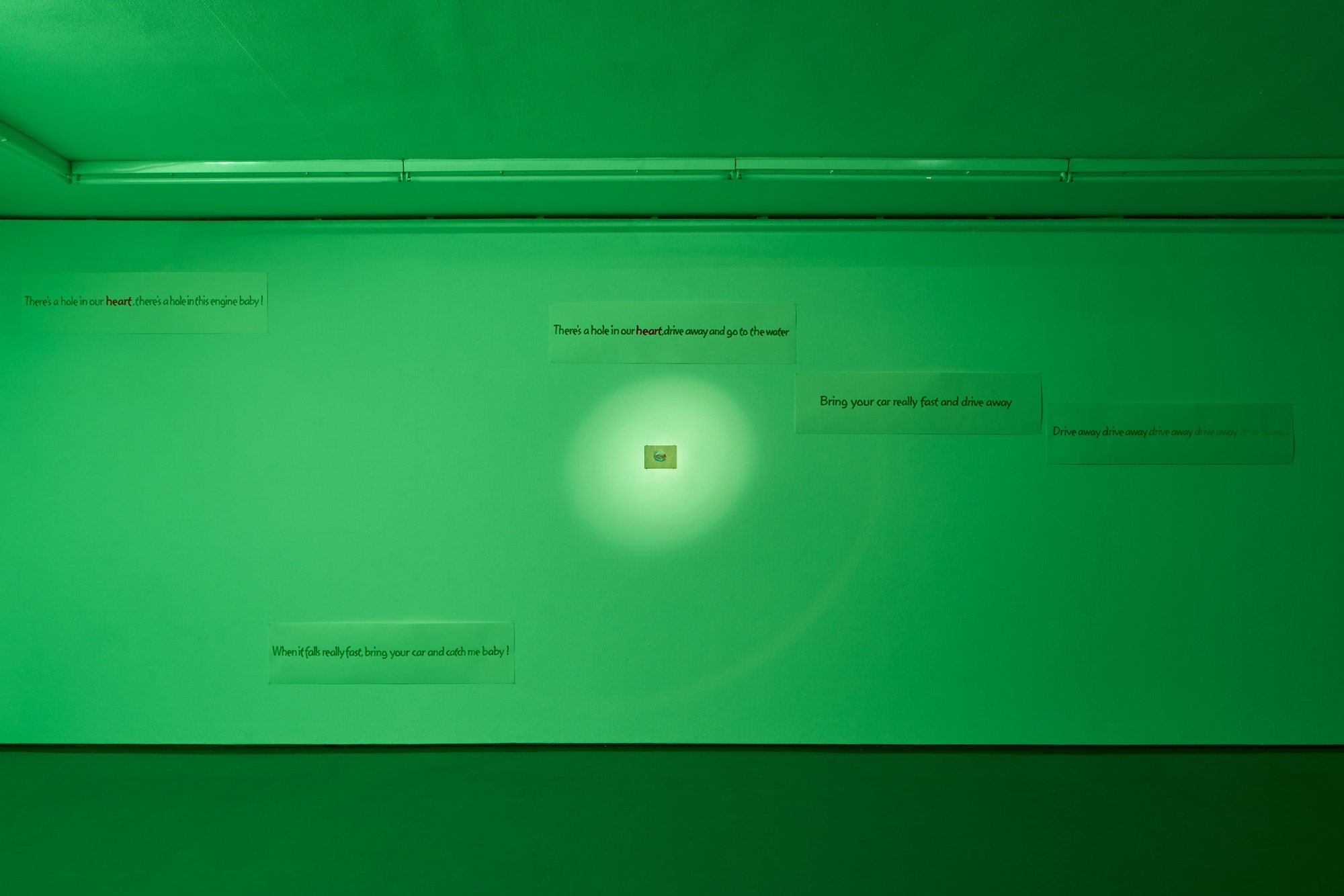 Rory Pilgrim, The Undercurrent, Exhibition view, Badischer Kunstverein, Karlsruhe 2020. Photo: Stephan Baumann, bild_raum
Badischer Kunstverein is pleased to present “The Undercurrent“, a solo show by British artist Rory Pilgrim (Bristol, 1988). The title of the exhibition comes from the central 50 minute film that was recently awarded the Prix de Rome and is now shown for the first time in Germany. The film demonstrates Pilgrim’s exceptional capacity to integrate narratives that highlight urgent contemporary issues with music and elements of cinematographic style to form a unified Gesamtkunstwerk. The exhibition will also include a hand-painted series of posters, photographs, drawings and paintings.

Rory Pilgrim works in a wide range of media including songwriting, composing music, film, music video, text, drawing and live performances. Centred on emancipatory concerns, Pilgrim aims to challenge the nature of how we strive for social change through sharing and voicing personal experience. In his collaborative practice, the artist is strongly influenced by the origins of activist, feminist and socially engaged art. In an age of increasing technological interaction, he creates connections between activism, spirituality, music and how we form community locally and globally from both beyond and behind our screens.

“The Undercurren“ is a powerful statement about the era of climate crisis. Filmed in Boise, Idaho in the US, the film was produced in collaboration with ten young climate activists from Boise and the surrounding area. While social change emerges as the pivotal theme, the activists also explore the impact of this environmental crisis on daily and family life, on religious identity, on friendships and on the struggle for gender equality. Also explored in the film are the issues of home, security, and shelter, with members of the Boise homeless community speaking about their experiences.

For the exhibition at Badischer Kunstverein, Rory Pilgrim will present a special event of songs and contributions both live and online from the collaborators of “The Undercurrent“ as well as youth activists in Karlsruhe. The event will be interwoven with songs by 14 year old singer Declan Rowe John and artist/singer Ezra Hampikian from Boise as a unique debut performance of the music from The Undercurrent in Germany.

In the context of the exhibition, a publication will be published in the vinyl-series of the Kunstverein.
www.badischer-kunstverein.de