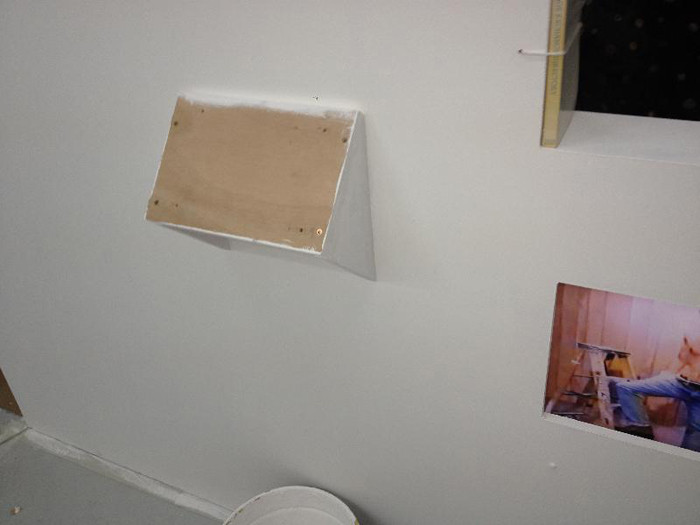 ALWAYS YOURS. DES OBJETS MANQUÉS. DES MONUMENTS.
An exhibition where the works find their value in the lack of their original objects, their failure
or their voluntary or involuntary contradictions.
«The hen is the artifice that uses an egg to create an egg»1

The current context may be a moment for a reevaluation of the culture. A moment in which more and more images are produced everywhere. A moment in which our figures our stereotypes our signals and our images are no longer certain. Youtube and Wikipedia put up all the information at the same level. The Axis of Evil was defeated by George Bush. James Bond goes back to its original form towards Skyfall. The hierarchys aren’t present any more.
The expertise disappears.
In this world of re-organizing; A new corps asserts itself: the curator. ( CSI is translated The Experts here). In his ardous task, he sometimes connects with figures of the past and gives them value by showing them with new prominent figures which are themselves waiting to become a figure of the past, at times he creates new figures in a past that will become actual. «He has read everything in the books»2
The others, the artists, those who paint, by now contribute to this authorial force. The torch has been given. The Art of showing was born and has been consolidated during our last 20 years. This practice, (practical, as it can be a medium) sometimes is substituted by what we see in exhibitions. And that in the same production of those who were often looking for autonomy.
At this moment I organize, I classify, I inform, I think, I modify, I de-autonomize, I specifically quote Meantime the raelians find the answer to the big Why? Their searchers know that the Elohim scientists have created the human after their own image. They will soon come to see us. But who has created the Elohim then?3
« I might have misquoted »4

In this new place in the occident where the tools fall from one hand to the other; where the Man (human) and his tools, old artisan, becomes useful to another Man (human) -he had a line there. A border was established. A dialogue in conflict.
On one hand those who in a baroque movement resist to this form of hierarchy and power. They explain to us historically, philosophically and politically what a movement has been.
Thus they have created a new authoritarian structure.
On the other hand those who, embracing this moment, with manner, form and in a beautiful setting; search the interest in a pianist cat, in a destroyed tour and in things that we would take for insignificant.
Thus they have created a new authoritarian structure.
In the middle, are the hesitant who vague in there. Those who aren't really informing, but who didn't really count. Oscillating between the supernatural, subcultures, current affairs, unfinished temptations and affirmed waste.
Thus, they have created a new authoritarian structure.
Sentences fall and, like here, we start everything with a «me, and an I» the single in search of the affirmation of its singularity.
However everything there existed in one little minute. It was instant.
The new values should appear and disappear at the same instant after the image of a society that can’t be considered existing without its growth and success. The capital. It was efficient.
Because it takes place in this time and there it feels fine; this exhibition its happily included in the scheme –if it is a scheme what it is about. At the end this is if anything and only an exhibition and this text doesn’t inform about it. If it breathes default, it’s because it’s an arrogant and premeditated shoot simulating the justification of an exhibition where the works have their value in the lack of their original objects, in their lack of efficiency, in their failures or their voluntary or involuntary contradictions