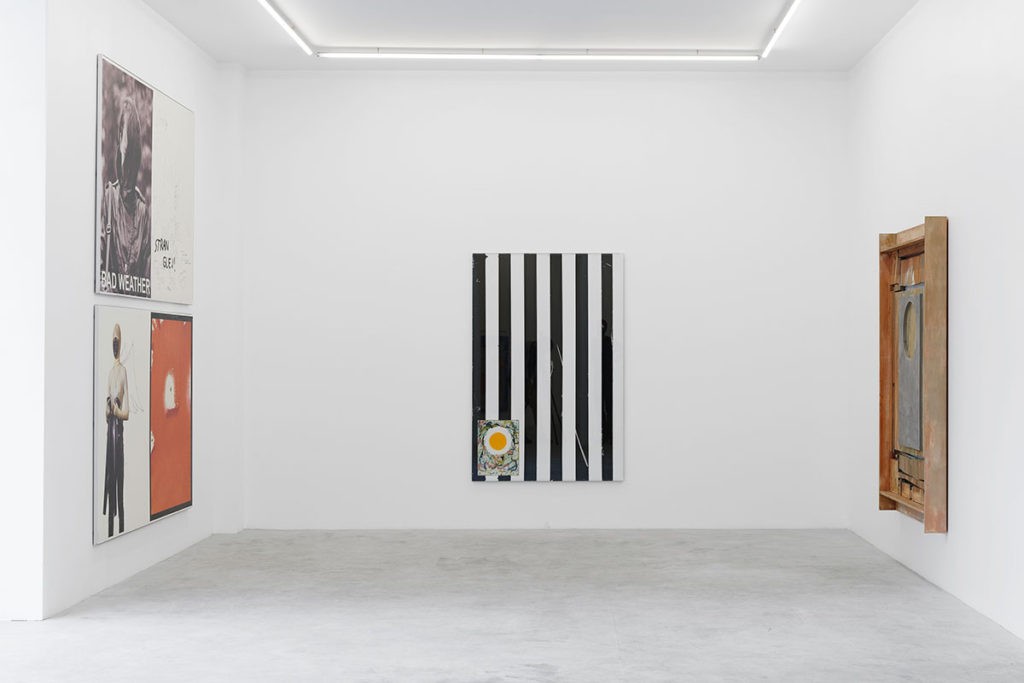 Balice Hertling is pleased to announce New Video and Painting, an exhibition by Will Benedict. For his second solo show at the gallery, the artist presents a series of three dimensional abstract paintings, five prints on PVC which Benedict first installed in a park at the 2015 Ljubljana Biennial of Graphic Arts, two collage paintings, one of which is Spanish and a rotating head in a microwave.

For the past few years Benedict has made videos which feature music by the noise band Wolf Eyes. These works depict vertiginous digital worlds populated by aliens on talk shows, gluttonous beds, and talking dolphins. Through a near religious commitment to television, he subverts the conventions of popular infotainment genres such as music videos, YouTube tutorials, cooking shows, advertising, and talk shows. In this way, he makes us feel what it’s like to live in an infinitely malleable realm, in other words, this is the present.

Will Benedict (born 1978, Los Angeles) lives and works in Paris. He has presented solo exhibitions at institutions such as the Fondazione Giuliani, Rome (2017), the Bergen Kunsthall, Norway (2014), and the Halle für Kunst Lüneburg, Germany (2013-14). His work is currently on view at the de Young Museum, San Francisco and at Converso, Milan. His work has recently been included in shows at the Museum für Moderne Kunst in Frankfurt (2017), the 9th Berlin Biennial (2016), and the 10th Nicaragua Biennial (2016). Monographs of Benedict’s work have been published by Mousse Publishing and Bergen Kunsthall.
www.balicehertling.com