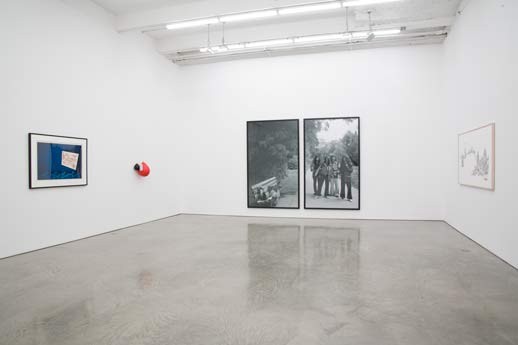 Idle youth
Enslaved to everything,
By being too sensitive
I have wasted my life
--Arthur Rimbaud, “Song of the Highest Tower,” 1872

Gladstone Gallery is pleased to announce “Idle Youth,” an exhibition curated by Russell Ferguson. Including the work of an eclectic group of fifteen artists of different generations, the exhibition is organized around overlapping themes of aspiration, sensitivity, and frustration.
Rimbaud was only seventeen when he wrote “Song of the Highest Tower,” but already he was half-convinced that it was all too late. He gave up poetry at twenty, became a trader of coffee and guns in Ethiopia, and was dead at thirty-seven. His myth, though, lives on, constantly approaching cliché yet appealing to each new generation eager to follow his path of a “derangement of all the senses.” The work in the exhibition has been chosen less in response to the derangement of the senses than to the desire to achieve that transcendence of an often-dismal everyday life. The artists whose work is included are:

The work ranges from Disfarmer’s haunting mid-century Arkansas portraits to Arden’s found-footage video of Canadian hockey fans rioting; from Shaw’s paintings of a boarded-up youth club to Everberg’s of a shiny and empty coffee shop. Rock music myths are evoked by Rodney Graham’s Black Sabbath homage and by Johnson’s “amphetamine psychosis.” Paul Graham’s photographs documenting the crushing bureaucracy of poverty are juxtaposed with Queenland’s casts of festive balloons. Other works include Wong’s prison fantasy from 1994, new paintings by Eastman and Eggerer, photography by Tribe, sculpture by Mabry, collages by Hernández, and a remarkable self-portrait by Opie from 1970.
Russell Ferguson is a curator and writer based in Los Angeles and is Chair of the Department of Art at UCLA. From 2001, he was Deputy Director and Chief Curator at the Hammer Museum, Los Angeles, where he remains Adjunct Curator and recently organized “Francis Alÿs : Politics of Rehearsal.” Ferguson is the editor of two collections of critical writing: Discourses: Conversations in Postmodern Art and Culture and Out There: Marginalization and Contemporary Cultures, both published by the MIT Press
A fully illustrated catalog with an essay by Russell Ferguson will accompany the exhibition.
For further information contact Eric Nylund enylund@gladstonegallery.com
www.gladstonegallery.com