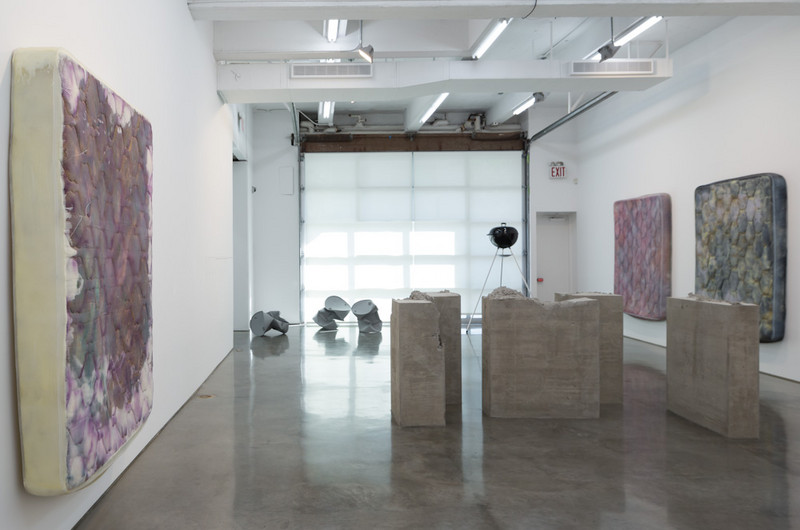 Gladstone Gallery is pleased to present “Mixed Message Media,” a group exhibition curated by Neville Wakefield. Featuring work by 15 artists, the exhibition explores the mutable nature of materials, highlighting the way in which even the most objective realities contain an inherent subjectivity. For this exhibition Wakefield brings together artists from around the world, many of whom use non-traditional materials in an unexpected and unconventional manner, to create an immersive environment that investigates the ways in which materials are imbued with inherent meaning.

Wakefield says of the exhibition: “Just as yes is always yes and sometimes no, so the same rule applies to the materials of everyday life. Concrete is always concrete, but it is sometimes plastic too. Or, as my youngest son once remarked of Britney Spears, ‘It’s not just that she’s crazy, she’s nuts too.’ This is our reality tunnel, a term Timothy Leary first coined in his 1977 book Neuropolitique: ‘The gene-pool politics which monitor power struggles among terrestrial humanity are transcended into this info-world, i.e. seen as static, artificial charades. One is neither coercively manipulated into another’s territorial reality nor forced to struggle against it with reciprocal game-playing (the usual soap opera dramatics). One simply elects, consciously, whether or not to share the others reality tunnel.’ Here truth is never anywhere other than in the eye of the beholder and the medium is always the mixed message.”

“Mixed Message Media” features works that represent a broad range of practices, including video, site-specific installation, painting, and sculpture. Among the works on view will be a five-part concrete sculpture by Lara Favaretto, each part of which captures a gesture meant to convey a single mood or feeling; a site-specific environment by Claudia Comte, which will include a series of sculptural works and a video; and a sculptural intervention by Renata Lucas, installed on the floor of the gallery.