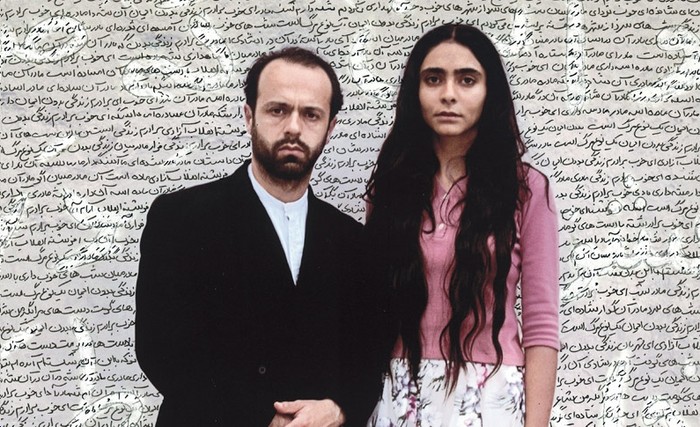 Gladstone Gallery is pleased to announce an exhibition of new video installations and photographs by artist Shirin Neshat, her third solo exhibition at the gallery. Neshat’s work engages the viewer through powerful images, sweeping scores, and evocations of human passions and desires, while examining the social tropes that both stratify and unite. Neshat pitches these dialectics of East/West, man/woman, and oppressor /oppressed, to such a degree that these seemingly immutable polarities become malleable locations for query. In two new films and accompanying photographs, Neshat continues her exploration of Shahrnush Parsipur’s novel Women Without Men.

In adapting the magical realism of Parsipur’s fantastic retelling of the 1953 coup d’etat in which the CIA reinstalled the Shah of Iran, Neshat continues a project she began in 2003. Neshat dissects the individual narrative threads of Parsipur’s interwoven tale of five Iranian women as they each seek freedom from their oppressive lives. Their struggle parallels that of their nation, a country in crisis fighting for a sense of independence from foreign forces. Neshat’s project is two-pronged, consisting of a feature length film as well as a series of video installations exploring the psychologies of the five main female characters.

MUNIS follows the story of young woman whose intense passions for social justice are perpetually stymied by her oppressive brother. Happening to witness the death of a political activist drives Munis to take her own life, beginning a magical encounter between herself and the dead activist. Only in death can Munis finally experience the strange carnival of political unrest; however, she finds that ‘reality’ in close proximity can be both promising and disillusioning.

FAEZEH explores the anguish of a religious woman whose dreams of marriage and family are shattered by rape. Escaping the city to a magical orchard, she encounters visions of a veiled woman driving her to madness. This piece ultimately captures the emotional, psychological breakdown of a Muslim woman whose entire sense of conviction, morality and religious faith is crushed after a sexual assault. Uniting three of the characters from the novel, Neshat explores the unique sexual, political, psychological and religious dilemmas that emerge during this pivotal time in Iranian history.

Shirin Neshat was born in Qazvin, Iran, and moved to the United States in 1974. She currently lives and works in New York. She has had solo exhibitions at the Museo de Arte Moderno, Mexico City; Contemporary Arts Museum, Houston; Walker Art Center, Minneapolis; Espoo Museum of Modern Art, Finland; Castello di Rivoli, Turin; Dallas Museum of Art; Wexner Center, Columbus; the Art Institute of Chicago; the Serpentine Gallery, London; Museo de Arte Contemporaneo in Leon, Spain; and the Hamburger Bahnhof, Berlin. She has been included in Documenta XI, the 1999 Venice Biennale, and the 2000 Whitney Biennial. She was awarded the First International Award at 48th Venice Biennale, the Hiroshima Freedom Prize, and the Lillian Gish Prize.
www.gladstonegallery.com