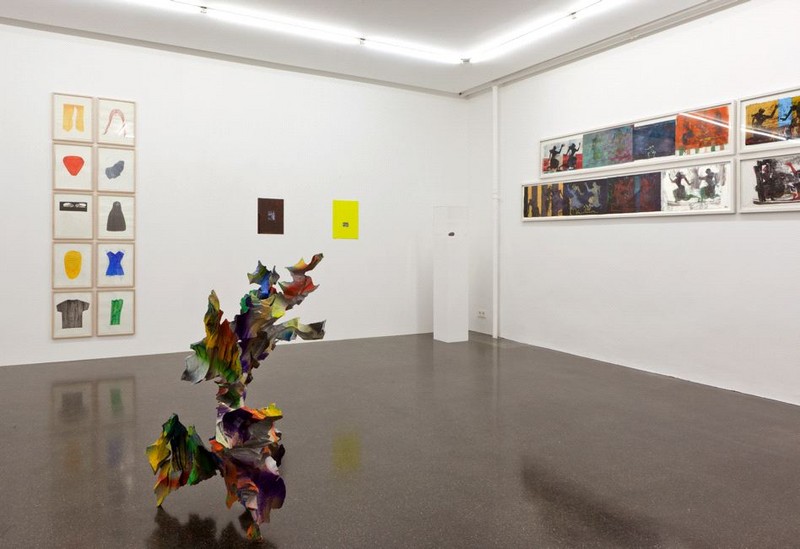 The exhibition ETWAS EIGENES, celebrating the 25th anniversary of the founding of the gallery, was developed in cooperation with Kerstin Stakemeier (cx/Akademie der bildenden Künste/Academy of Fine Arts in Munich). It presents the feminist line that has substantially characterized the gallery’s work since its founding in 1988, and features a spectrum of works by women artists who have exhibited at the gallery over the years.

In 1988/89, its first year of existence, the Barbara Gross Galerie only presented works by female artists. In those days it seemed like an absolute necessity to exhibit women, since their work was, by and large, missing from galleries, museums, and the art market. From the 1970s onward it was usually only seen in isolated cases, and the existence of women artists was still not taken for granted. In this context, it was difficult to mediate the works of artists such as Louise Bourgeois, Maria Lassnig, Nancy Spero, VALIE EXPORT, and Kiki Smith, as they were gender-specific, and the artistmade use of their own bodies in their work. Museums were the first to start buying the works of women artists, while collectors gradually caught on.

Over the past 25 years it has become more usual to exhibit the works of female artists. With the advent of a younger generation of women artists and the simultaneous rediscovery of older ones, a historical context has formed, bit by bit, which has in turn slowly created more of a demand for their work on the art market, while their presence in exhibitions has grown. The battle for equal rights is gradually starting to include economic equality and equal acknowledgement of women’s
artistic achievements.

ETWAS EIGENES shows how the gallery’s artists saw and see the world. These artists do not attempt to place themselves outside of their gender; instead, they try to work through the differences between their works and those of their male colleagues, demonstrating that enrichment lies within these differences. The works on display incorporate a broad spectrum of cultural, historical, sociopolitical, and social themes and questions about the gender role of female artists in contemporary art. ETWAS EIGENES will present alternatives to male-dominated painting, as well as sculptures, drawings, and installations from the past 25 years; the works will be organized in relation to each other in terms of their relevance to the times.