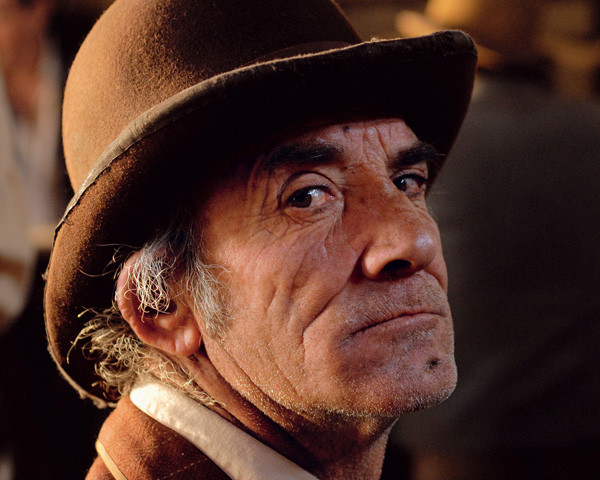 The Barbara Gross Galerie, in conjunction with OPEN ART, is showing works by Berlin artist Julian Rosefeldt parallel to his exhibition titled >American Night. Film Installations 2008-2011< at the Bayerische Akademie der Schönen Künste. Rosefeldt?s technologically elaborate films and photographic works are distinguished by their cinematographic opulence. At the intersection of narrative and film installation the artist creates visually overwhelming baroque scenarios whose expressive power makes them seem like historical paintings. The linchpin of the Rosefeldt subject is the ambivalent relationship between being and surface, apparent and latent reality.

Since 2001 he has been examining the following question: To what extent do cinematic myths, as well as clichés and role models from film and television, influence our everyday behavior and real lives? With the Barbara Gross Galerie showing of >Lonely Planet< (2006), the category of the Bollywood film is added to the complex of works dealing with the genres of the western, the Heimatfilm, and the science-fiction film presented at the Bayerische Akademie der Schönen Künste.

In this film - shot on super 35-mm - Rosefeldt himself takes on the main role of the wanderer between worlds. He plays a typical west European tourist backpacking alone through India. Starting in the desert, his journey leads him from the ritual bathing in the Ganges to crowded streets full of cows and rickshaws, from a call center to a Bollywood film set - including brief inserts of singing and dancing - to deserted alleyways, and finally, back to the desert again. The film fulfills all of the clichéd notions of a sightseeing trip to India - in an endless loop, over and over again. At the beginning of the film the lyrics "Don't wanna be an American Idiot" by Green Day is heard, and Rosefeldt deliberately deconstructs the cliché of the journey to India. It remains to be seen if the traveler?s wish will be validated. The crowds of people frenetically celebrating the European, and the film-within-a-film sequence of him on a screen in a movie theater full of Indians turn him into a kind of trophy for the locals.

There is already an inherent ambivalence in the title >Lonely Planet<; for one, it alludes to the world's largest publisher of guidebooks, especially beloved by backpacking tourists, and for another, it refers to the lonely wanderer, a figure in the paintings of Caspar David Friedrich. In accordance with the baroque tradition of theatrum mundi, Rosefeldt shows viewers a superficial reality mediated through media, which is basically just a staging of a staging.

In his photographic works - created as independent pieces related to his films >Trilogie des Scheiterns< (Trilogy of Failure, 2004/2005), >American Night< (2009), and >The Ship of Fools< (2007) - the artist breaks through the cool perfection of the moment via a montage of absurd elements. In turn, the portraits of cowboys feature contemporary outlaws in the exaggerated light of film: drug addicts, homeless people, and day laborers from around the Andalusian city of Taberas, where Rosefeldt filmed >American Night< on a set once used by spaghetti western director Sergio Leone.