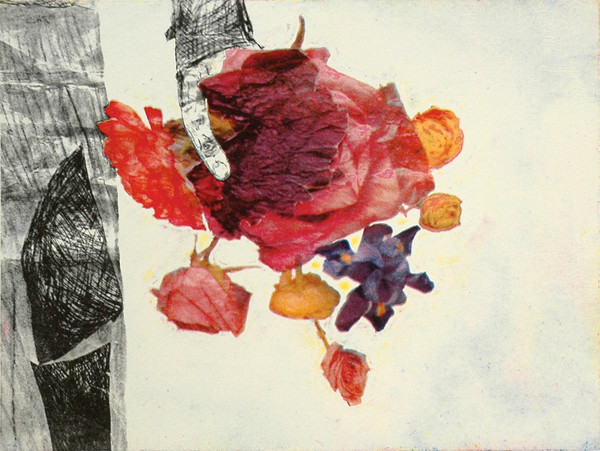 For the exhibition Moments of Clarity Kiki Smith has created a group of new works of art that examine the issue of sources and communication of artistic inspiration. The American artist, who has been regarded as one of the great contemporary artists since the late 1980s, examines the theme from all sides in the wide variety of media characteristic of her.

Ideas are often as stubborn as shy animals. They retreat when you reach for them, won't come when you call, and refuse to be lured at all. But at some point, without your having done anything, they are abruptly there, calm and quiet, yet suddenly clear and sharp. Smith has already explored the essential experience of such moments of clarity in earlier works under a decidedly feminine perspective. In Smith's Munich show, this image recurs in a more universal form. Here, light serves as a metaphor for illumination, enlightenment, the breath of life per se.

One of the show's recurrent motifs, which succinctly sums up the notion of the happy idea, is the light bulb, for Smith is fascinated by its archaic, simple, energetic, yet simultaneously fragile form. The rows of girls and women lined up beneath the rays of paper lanterns in Assembly have the facial features of the artist's friends and assistants. They tell us that the artistic idea is not simply a gift of some sort, but has to be worked for by co-existing with one another in society. This also includes the possibility of failure, for which Smith has invented a concentrated image - that of the broken Lightbulbs made of blindingly white porcelain and manufactured at the Nymphenburg porcelain factory.

A series called Animal Drawings deals with the question of which imaginary worlds are accessible, and which remain closed to us. The creatures of the forest shoot bundles of light, like lightning bolts, out of starry eyes, while aura-like webs form around their heads. They are antenna that invite us to make contact with the visionary forces of nature, and at the same time, they are symbols for the limitations of the mind, for as long as we refrain from developing a sense for their impulses, then animals remain mysterious ambassadors from a country that is forbidden to human beings.

This aspect of interrupted communication is also a theme in the large stained glass drawings that the artist has created in collaboration with Franz Mayer & Co. in Munich. Their transparency indicates - as windows do - a boundary that is, at first, permeable. What they show, however, are situations in which signals are sent out into a void: a woman in front of a silent radio on a lone chair; a man in front of three open birdcages, whose inhabitants are long gone. The scenes are open-ended, like unanswered questions or letters. Someone is always absent; the partner who would turn the monologue into a dialogue is missing. Inspiration does not suddenly come upon the solitary genius; it feeds on the exchange between human beings that enriches both sides.

Kiki Smith, born in *1954 in Nuremburg, lives and works in New York. Member of the American Academy of Arts and Letters, participant of the Venice Biennial and the Whitney Biennial.