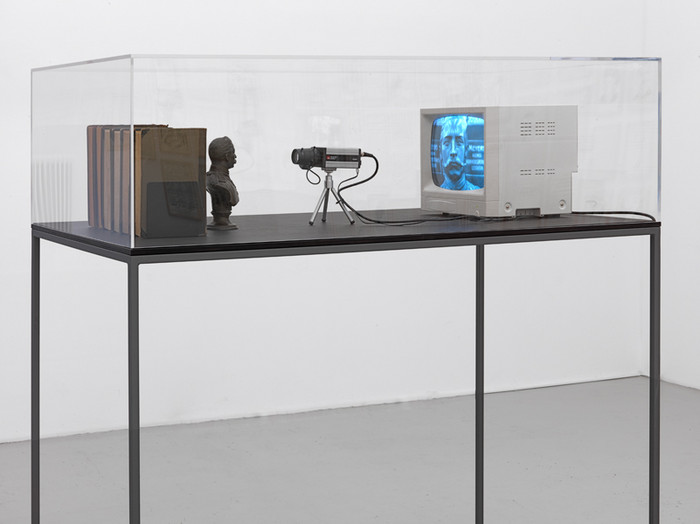 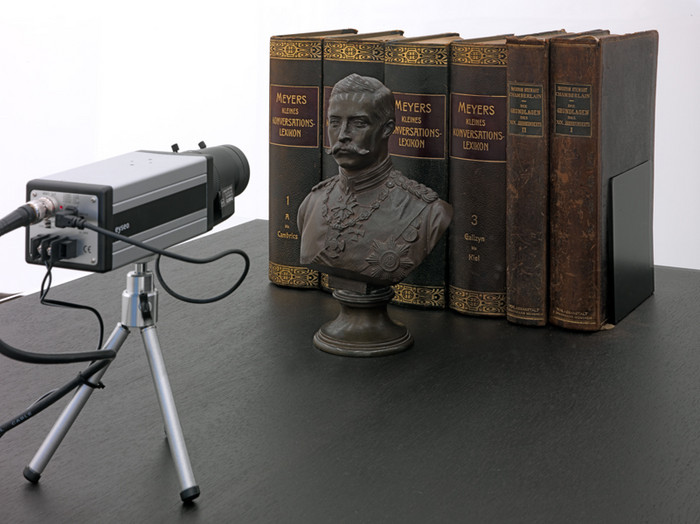 In his current series Die Welt (The World), Fernando Bryce addresses the age of classical imperialism from 1880 to shortly after the end of the First World War. Excerpts from the Peruvian El Comercio, on the invasion of France by German troops, the Deutsch-Ostafrika Zeitung, on the increase of corporal punishment against “natives,” or the Spanish La Huelga General, on democracy and capitalism, provide an overview of the territorial expansion of European powers and markets at the time. The escalation of colonialism and the interweaving of international money, trade, and migration currents are found in quotations from Marxist theoretician Rosa Luxemburg, anthropologist Franz Boas, but also General Lothar von Trotha, commander of the German colonial forces in what was then German South West Africa. The significant differences in the ideological assessment of the events and their causes by the well-chosen historical protagonists and media cannot be ignored. Fernando Bryce shows that the efforts of national expansion of power find expression in names, pictorial motifs, and symbolism by taking title pages from Globus. Correspondenz für Industrie, Handel und Kunstgewerbe (Globe: Correspondence for Industry, Trade, and Applied Arts) or the magazine Die Welt (The World) and combining them with advertisements for worldwide cable systems, transcontinental shipping lines, or Odol, the “absolutely best mouthwash in the world.”

Fernando Bryce reconstructs historical moments in world events. In encyclopedic textual and pictorial systems, he unites political and cultural theoretical points of view that illustrate concrete occurrences or a particular epoch. Without distinguishing between significant and seemingly unimportant happenings, Fernando Bryce copies title pages of daily newspapers, or extracts from glossy magazines and books, in a reduced formal language. He quotes party manifestos, politicians, and cultural theoreticians. All writings as well as the photograph-based portraits of crucial ideological and power-political decision makers are transferred into his typical contour and shadow oriented style of drawing. Form is preserved in the black and white ink drawings, which Fernando Bryce arranges into a new “world order.” This occurs with an analytical, partly ironic, view of history and historiography.

With a distance of a hundred years of historical circumstance, Fernando Bryce questions the meaning of history for knowledge and perception today. The strategy of appropriation and of a dehierarchicized presentation of surviving documents allows the pictorial worlds to point beyond themselves. They disclose the power structures of the media and the verbal as well as visual codes of historical narration and genealogy. His clear, yet fragile, pictorial compositions do not claim to be historically binding. On the contrary, they ask that the subjective concept of his artistic cosmos be embraced and the world seen as construction.