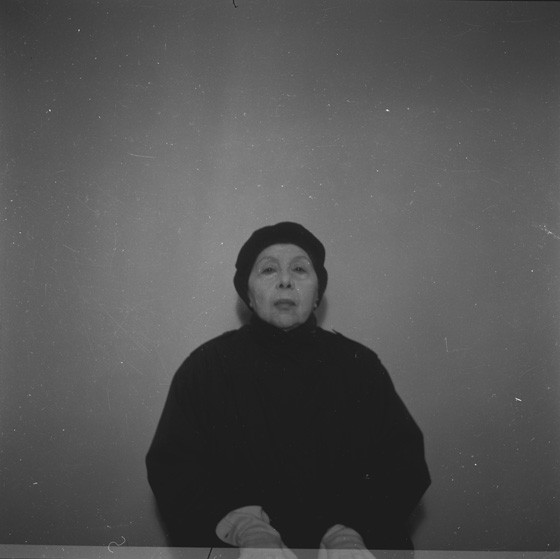 We are very pleased to announce the first solo exhibition by the Romanian artist Geta Bratescu at Galerie Barbara Weiss. Geta Bratescu, born in 1926 in Ploiesti and today living in Bucharest, is one of the most significant personalities in Eastern European contemporary art. Nevertheless, until now her work has remained closed to a wider international audience.

On the one hand inspired by a stimulating intellectual environment in Romania during the post-war era, and on the other by a totalitarian repression under Ceausescu, Bratescu’s work has travelled through the last decades. The experience of social and cultural turning points is essential to understanding the meaning behind her work.

In times of greatest hardship the studio becomes for her both a place of artistic as well as human freedom. Entirely independent upon medial ideologies, her consistently performative works revolve around the place of her development and reveal far beyond that.

It is through these experiences that her works develop, such as the self-referential film “The Studio” (1978), filmed by her artist colleague Ion Grigorescu, in which she examines her physical and psychological environment. The camera, acting simultaneously as a voyeur, invades the artist’s universe, the studio, and addresses the relationship between camera and actor in a symbolic manner.

The exhibition at Galerie Barbara Weiss dedicates itself to various groups of Bratescu’s oeuvre from the last decades and unites works on paper as well as objects, photography, and film, which in large part have not been exhibited before.

The oeuvre of Geta Bratescu, which was created in relative solitude, maintains an intriguing dialogue with works by artists such as Bruce Nauman, with his cinematic surveys, Paul McCarthy, John Baldessari, as well as artists such as Cindy Sherman, whose work has a fundamentally stronger performative rather than photographic character.
www.galeriebarbaraweiss.de