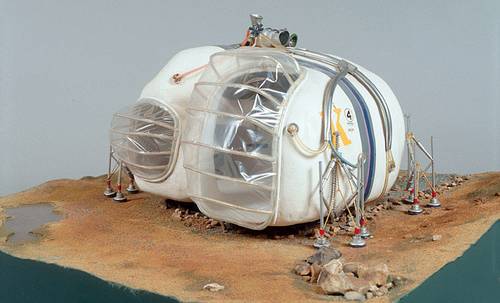 What would it be like to live in a hairy house, a floating city, or an inflatable pod? Pure fantasy or the shape of things to come?

From extraordinary houses and incredible towers, to fantasy cityscapes and inhabitable sculptures, Future City showcases the most radical and experimental architecture to have emerged in the past 50 years.

Featuring a who’s who of architecture, the exhibition includes 70 visionary projects by influential and groundbreaking architects who have challenged convention to radically shape and influence the way we live.

From the visionary artist-turned-architect Constant Nieuwenhuys, to 1960’s giants Archigram and SuperStudio, to deconstructivists Daniel Libeskind and Zaha Hadid and contemporary digitally inspired work by Nox and Decoi, this is the most comprehensive survey of experimental architecture to be held in the UK.