In the Face of History 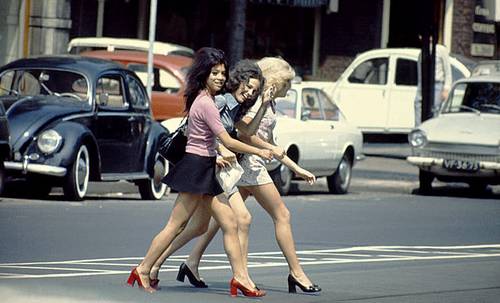 In the Face of History:
European Photographers in the 20th Century
13 October 2006 - 29 January 2007
Barbican Art Gallery

From the First World War to the Cold War, the sexual revolution to the Velvet Revolution, communism to capitalism, the 20th Century was marked by sweeping historical events and changes. In the Face of History brings together the work of many of the greatest photographers of this period, whose works collectively map out a century of European experience.

One of the first major exhibitions to chart European photography from 1900 to the present day, In the Face of History features classic photographers such as Eugène Atget, Josef Sudek and Brassaï , alongside contemporary artists such as Boris Mikhailov, Jitka Hanzlová and Wolfgang Tillmans. The exhibition inlcudes a number of photographers from the former Eastern bloc, with many works shown in the UK for the first time.

All of the photographers are distinguished by a closeness to their subject matter, sometimes depicting these subjects during times of great conflict. André Kertész documented the realities of a soldier’s life while serving in the Austro Hungarian army in the Great War. Henryk Ross, meanwhile, is represented by a series of shocking images which he took in secret while imprisoned in the Lodz ghetto in Poland during World War Two.

Other photographers depict subtler currents of social and cultural change. Christer Strömholm lived amongst, and documented, a community of transsexuals in Paris in the 1960s. Annelies Štrba shows photographs of her children’s lives taken over a thirty year period.

In the Face of History contains many powerful works, images distinguished by the emotional bond between photographer and subject, offers a unique perspective on a century, as seen through the eyes of some of Europe’s greatest photographers.

Limited edition print
As part of In the Face of History, a limited edition Jitka Hanzlová print will be available to buy. For more details, contact Alyson Rolington on 020 7382 7006 or visit https://www.barbican.org.uk/eticketing/shop.asp
Edition of 42, priced £300 plus VAT