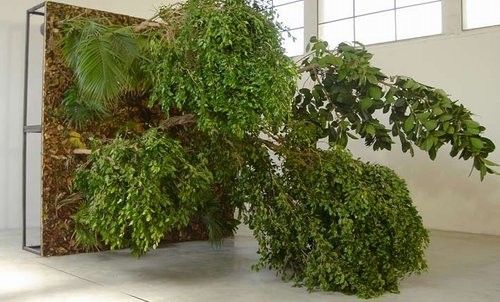 The beauty and wonder of nature have provided inspiration for artists and architects for centuries. Since the 1960s, the increasingly evident degradation of the natural world and the effects of climate change have brought a new urgency to their responses. Radical Nature is the first exhibition to bring together key figures across different generations who have created utopian works and inspiring solutions for our ever-changing planet.

Radical Nature draws on ideas that have emerged out of Land Art, environmental activism, experimental architecture and utopianism. The exhibition is designed as one fantastical landscape, with each piece introducing into the gallery space a dramatic portion of nature. Work by pioneering figures such as the architectural collective Ant Farm and visionary architect Richard Buckminster Fuller, artists Joseph Beuys, Agnes Denes, Hans Haacke and Robert Smithson are shown alongside pieces by a younger generation of practitioners including Heather and Ivan Morison, R&Sie (n), Philippe Rahm and Simon Starling. Radical Nature also features specially commissioned and restaged historical installations, some of which are located in the outdoor spaces around the Barbican while a satellite project by the architectural collective EXYZT is situated off site.

A fully illustrated catalogue, with a foreword by environmental campaigner and writer Jonathon Porritt, accompanies the exhibition and is available in the Art Gallery Shop on level 3 and online.
www.barbican.org.uk