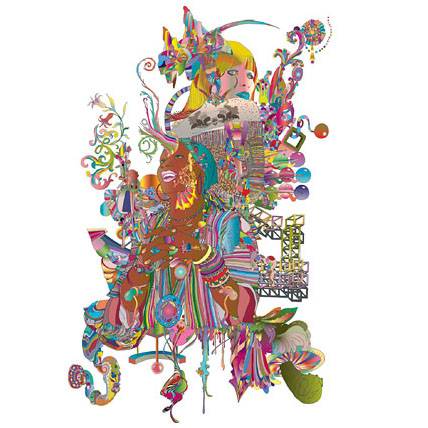 Exploding onto the cultural scene of late 1960’s Brazil, Tropicália was the revolutionary movement that influenced the art, politics, music and fashion of the era.

Providing the most comprehensive survey yet, this exhibition revisits the energy and excitement of this seminal moment in Brazilian culture. It examines its relationship with the complicated urban and political landscape of Latin America in the late sixties and early seventies.

The exhibition includes over 250 exhibits showcasing the range and breadth of the movement, including album covers, fashion, posters, documentaries, advertising, books, theatre sets and television footage. The exhibition also gathers seminal work by visual artists of the era, including Lygia Clark, Antonia Dias and Lygia Pape.

Tropicália ’s influence continues to have an impact on a new generation of artists, writers and musicians working in Brazil today. Assessing this impact, the exhibition includes a number of new commissions by artists and musicians who have been inspired by Tropicalism, including Arto Lindsay, Marepe, Ernesto Neto, Rivane Neuenschwander and Dominique Gonzalez-Forster.

An accompanying book, Tropicália: A Revolution in Brazilian Culture, published by Cosac & Naify, is available from the Gallery bookshop.

Guest curated by Carlos Basualdo and organised by the Museum of Contemporary Art, Chicago, The Bronx Museum of the Arts, New York and GabineteCultura, São Paulo, Brazil.