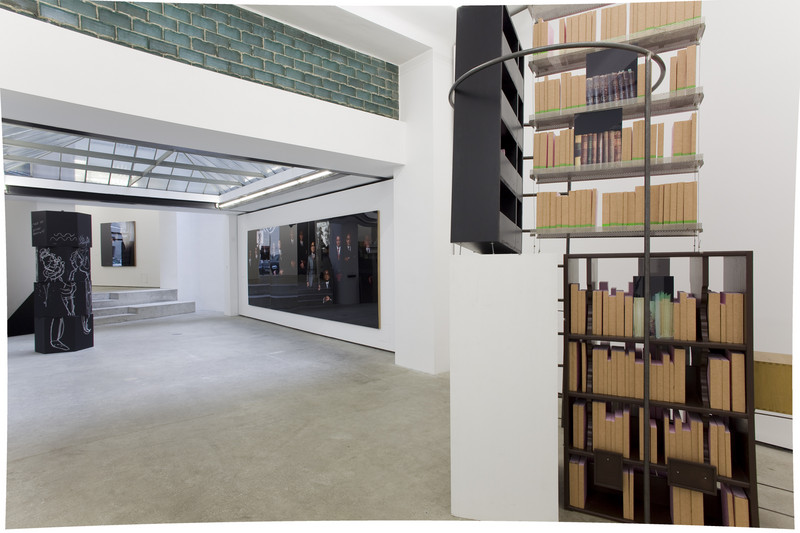 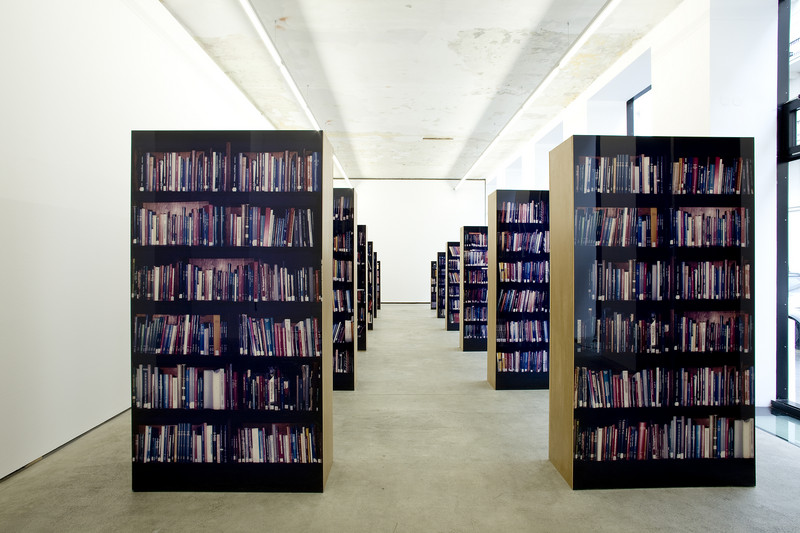 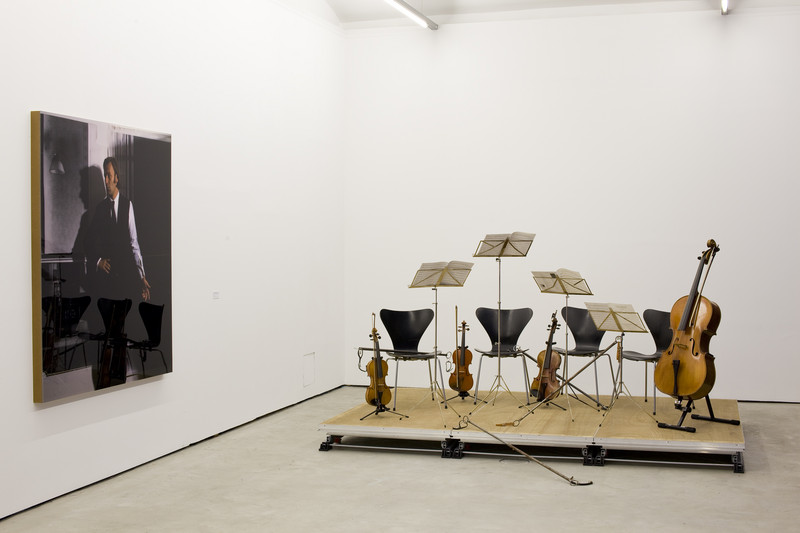 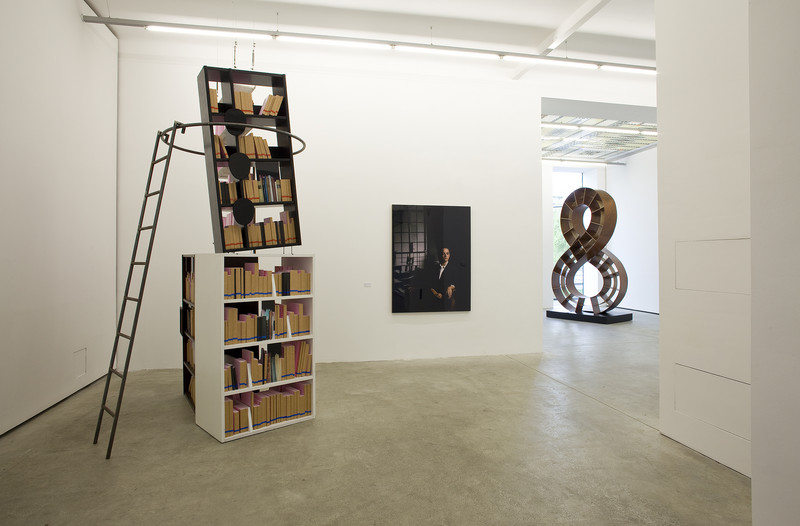 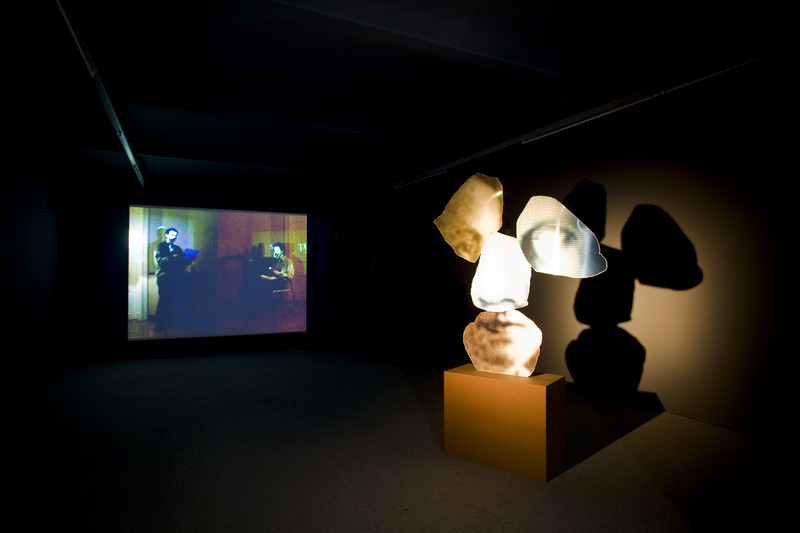 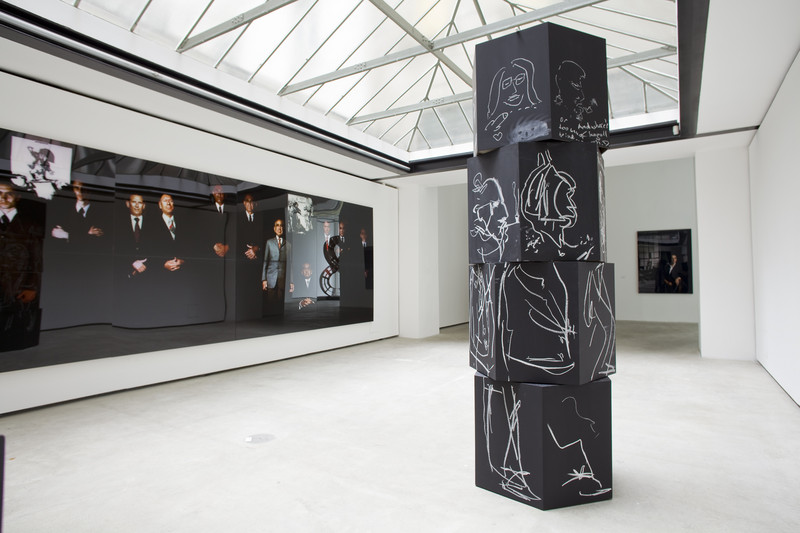 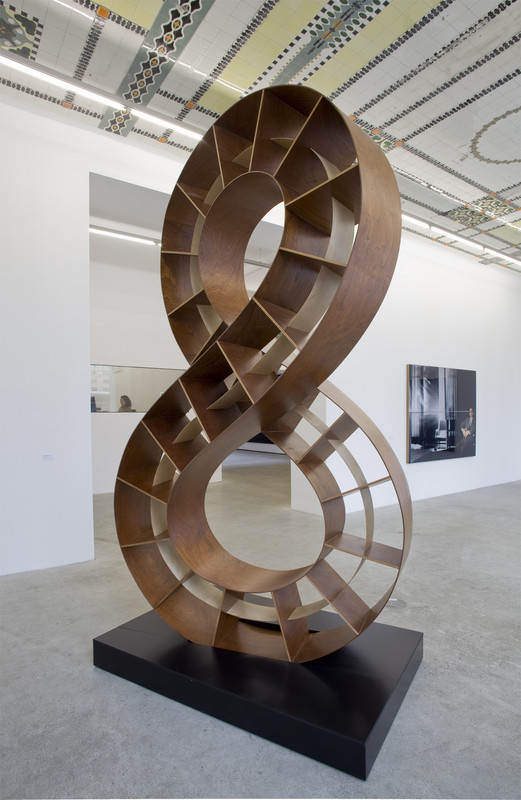 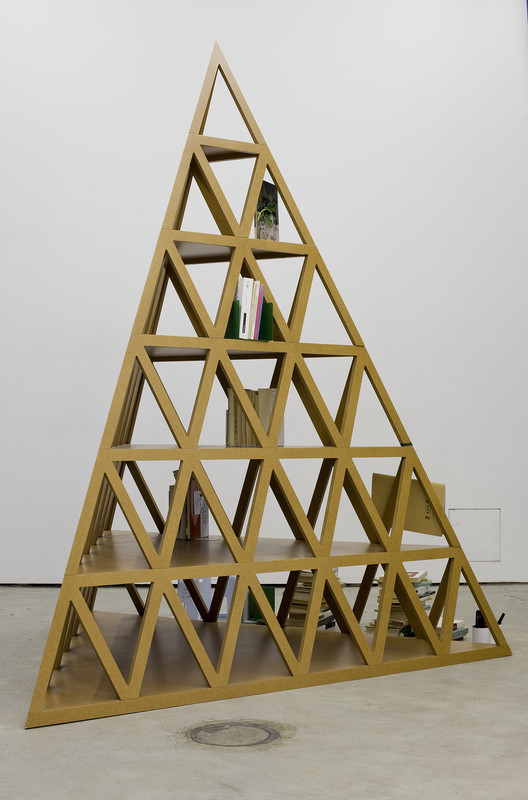 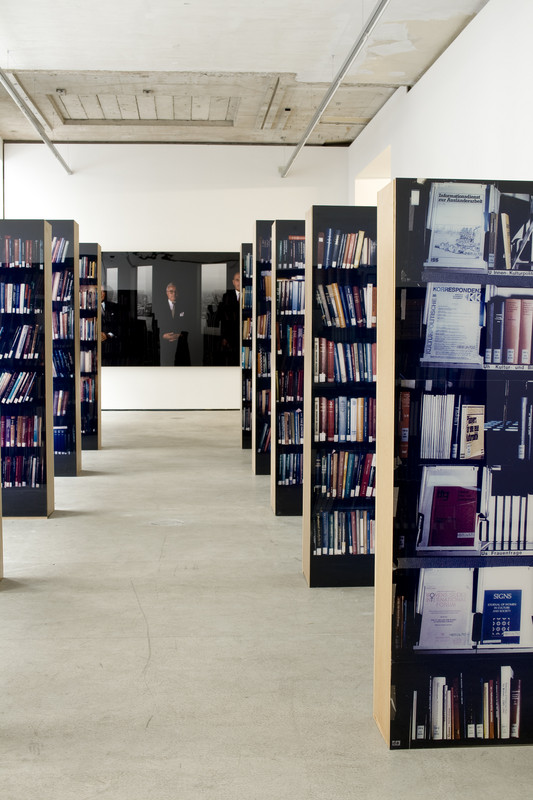 For their exhibition Portraits and Other Cognitive Exercises 2001–2012 at BAWAG Contemporary, Clegg & Guttmann take a fresh look at their defining work from a present- day perspective. A selection from their body of work Cognitive Exercises, in continual development since 2001, is juxtaposed with early and recent examples of their irresistibly attractive portrait photography. The result is a visual and substantive span between austerity and opulence, between glamour and discourse.

A secret system of references links the various genres. Clegg & Guttmann employ photography, sculpture, installations and video; their artistic approach ranges from traditional object production to performance, they are equally interested in sociology and everyday life as in science and philosophy. Ordering their practice in individual categories with descriptive titles like Community Portraits, Social Sculptures or Spontaneous Operas, they remain focused on using a variety of means to examine the subject of portraiture. Clegg & Guttmann develop models for communication, collaboration, and participation in political and cultural processes. A great deal of their work is positioned at the interface of function and functionalization; a strict regime of intellectual concepts often predominates. Their epistemological constructions are shown alongside pieces informed by moods, gestures, expressions and postures, works whose narrative content seems timeless.

The conceptual framework of the exhibition encompasses three significant areas of Clegg & Guttmann's practice: portraits, libraries and cognitive exercises. Making use of specific presentations from recent years, they comb through and recontextualize their own work. In so doing they employ the collage approach familiar from their early work.

The interesting layout of BAWAG Contemporary's premises suggested to Clegg & Guttmann a presentation that contrasts visual facts with the aesthetic concepts and theories that can be read into the objects.

Three vertically organized library sculptures (Sha'at'nez, 2004, The Moebius Library, 2005, La Libreria Piramidale, 2007) are placed in relation to the installation Falsa Prospettiva, 2001, a trompe l'oeil of receding bookcases. Clegg & Guttmann refer to Falsa Prospettiva as a “knowledge sculpture,” illustrative of the difference between the visible and the reality beneath it. In Sha'at'nez or the Displaced Library, a collage of the various bookshelves now housing the book collection of Sigmund Freud, the artists are interested in both the physical relocation of books as well as Freud's psychoanalytic concept of displacement or substitution. While the pyramid references the studiolo, the Renaissance-era private reading room, the Moebius strip refers to that two-dimensional structure, familiar from Lacan's topology, for which there is no distinction between top and bottom or inside and outside. Both sculptures can be ‘used’ as shelves, while also functioning as examples of group portraits and collective memory.

Photography, the photographic portrait – since the 1980s arguably Clegg & Guttmann's most significant transmitter – is central to the exhibition. To this day, the portraits of individuals, couples and groups remain among the most exciting the genre has to offer. The aesthetic conventions of historical 16th and 17th century portraiture provide the contextual framework: The Dutch from Frans Hals to Rembrandt, the Italians from Titian to Caravaggio serve as reference material for a body of work that orchestrates the staging of collective structures, social fabric and power relations using the mechanisms of a historical representative or family portraiture that places individuals in environments indicative of their cultural, economic and social background.

Clegg & Guttmann understand the codes of status, influence and capital. They create a look for the rich and beautiful, a fiction of that which has value, impact and appeal in reality. This genus wears fashionable black, the men with white shirts and dark ties, the ladies accessorizing with striking jewelry.

With Executives of the Steel Industry versus Executives of the Textile Industry, Clegg & Guttmann exhibit another characteristic image from the early eighties: twelve men, arrayed in old-masterly darkness, a bright light illuminating their faces, hands and white shirts. None of them smile or try to make eye contact with the camera. In the background, citations from art history comment on the composition: Daumier's mocking of Napoleon III and his famous caricature Après vous, in which a French and a Prussian soldier each politely offer the other to be first to lay down his arms.

In addition to commissioned portraits, for which collectors, gallery owners and curators vie as subjects with wealthy diamond merchants and their children, Clegg & Guttmann also portray fictitious patrons, enlisting young colleagues from among their circle of friends as well as actors older than themselves. They show up again and again, cult figures from the East Village like Bill Rice, who died in 2006. Rice appeared in Coffee and Cigarettes by Jim Jarmusch, and in Amos Poe's Subway Riders, the film which made Austrian cinematographer Johanna Heer famous for her work behind the camera.

Clegg & Guttmann have selected the groundbreaking work The History of Photography for the exhibition. Dressed in a gray suit and black tie, Rice comes across less like a businessman and more like a film noir private eye, a waft of German Expressionism clinging to him, fraught with existential bitterness. The collage of a color photograph against a black and white background is a clear reference to the methods and technical development of portrait photography.

As in the 19th century, Clegg & Guttmann use specific photographic backdrops, photo murals depicting architectural fragments whose reproduction of space is suggestive of ambience. Clegg & Guttmann enlarge the photos and mount them behind their models in such a way as to render the staging, the stage itself, apparent: The mural strips cover only parts of the room, paper edges and curled corners reveal their method.

The historic YMCA Jerusalem with its elegant domes, arches and glazed loggias, built in 1933 by Empire State Building architects Shreve, Lamb & Harmon; the foyer of the Main Library at Columbia University; the Villa Rossi in Tuscany – motifs that occur frequently, yet which can be read differently in every image.

In their series of collaborations, in which they work exclusively with other artists, Clegg & Guttmann portray the dandy and anarchoaesthete Martin Kippenberger in proto-Margiela, wearing an avant-garde suit with detached sleeve.

Finally, Clegg & Guttmann use a few impressive cross-references to draw attention to substantive and visual connections between photography, sculpture and the proffered participatory experience of the Cognitive Exercises. The Bookworm, with its Spitzweg reference, ties in as a photograph to the library sculptures; Cognitive Exercise II: The Constrained Brahms Quartet establishes a link between the disability of the blond youth in the photograph The Cripple and the constrained performance of Johannes Brahms' String Quartet in C Minor: the musicians are bound together with rods in such a way as to render playing individually impossible. The graffiti that visitors leave behind on Cognitive Exercise III: Continuous Drawing can be found again in the photograph Now That He Started, in which a drawing by Clegg & Guttmann, dedicated to Keith Haring, is shown in their Chelsea loft.

With the Cognitive Exercises, Clegg & Guttmann have developed taskings that relate to life and prompt the audience to participate. Possible gestures and actions, “behavior under influenced conditions,” are superimposed with and in their photographs, their pictorial organization, composition and lighting semantics. This context affords a new perspective on several of the portraits. In these pieces, Clegg & Guttmann depict people who communicate directly about their situation, the objects around them, and their environment. What began as a Reagan-era critique on the adoration of power gathers added meaning in the times of the ‘Occupy Wall Street’ movement.