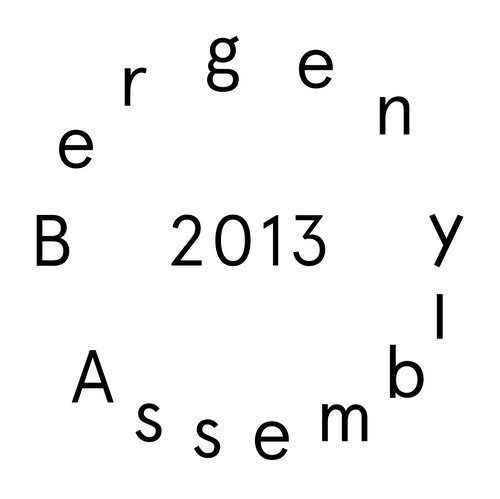 Monday Begins on Saturday is the title of the first edition of Bergen Assembly, and takes the form of an international exhibition, publication, and symposium.

It is a critical meditation on the potentials and pitfalls of the evermore ubiquitous yet at the same time elusive notion of “artistic research.” The project takes its title from a novel by Soviet sci-fi writers Arkady and Boris Strugatsky about a fictitious research institute staffed by a motley assemblage of fairytale beings and mad scientists who are trying to solve the problem of human happiness through magic. The first edition of Bergen’s new triennial is an oblique contemporary re-writing of this text as a multi-venue exhibition and book.

The Strugatsky Brothers published Monday Begins on Saturday in 1964, at the height of the Cold War Soviet research boom. It tells the story of a programmer who gets sidetracked by hitchhikers while vacationing in the Northern region of Karelia, and winds up working at the Research Institute for Wizardry and Sorcery, which is organized into sections such as the Department of Prophecies and Predictions or the Department of Linear Happiness. Its researchers are on a modest quest to solve all of humanity’s problems. The institute’s main philosophy is dialectical: positivism and vulgar materialism must be fought off at all costs and opposed with the weapons of magic and the imagination. Its ethic of incessant research—alluded to in the title of the novel—is similarly dialectical: an ideal life of perpetual inquiry and thinking, opposed to the quick fixes of consumerism and immediate satisfaction. Here even knowledge of the future should not be “consumed”—it must remain an open horizon. But this utopian atmosphere is secured by almost inexhaustible state support, propped up by an ever-growing bureaucracy, and protected from the demands of the market. Although some institute researchers even want to work on New Year’s Eve, others nonetheless become terribly complacent, which leads to a profuse growth of hair from their ears...

And this leads us, albeit circuitously and perhaps surprisingly, to the city of Bergen. Coming from the outside, it already looks like a utopian island for artistic research, paradoxically Hanseatic and Alpine, sailor’s port and Zauberberg at once, with an overdeveloped (or ideally saturated) artistic topography for a city of its size. Bergen has no single neglected postindustrial space of the type and scale normally repurposed for biennials—the kind of venue that often defines a project’s topics, spatial structures, and politics. Instead, its artistic landscape is punctuated by many small art institutions: state-supported to varying degrees, unburdened by the art market, precarious but very committed, often modest and always operating with humanistic aims, offering spaces for idiosyncratic, even wacky, pursuits. At the same time, all must struggle against pressures which define cultural inquiry in the European post-welfare state more broadly: the tides of increasing academization, deliberative and strategic complicity with political or institutional agendas, and even complacency. In that sense, one could argue that there are analogies with the intellectual, economic, and ethical landscape of Soviet research institutes, ironically (but lovingly) described by the Strugatsky Brothers.

The first iteration of Bergen Assembly attempts to “read” this narrative through a literary and intellectual re-working of the novel for today. A montage of newly commissioned artists’ projects and historical material, punctuated with fragments from literature, and quasi-fictional curatorial annotations, the Assembly is conceived as an aggregate or archipelago of fictitious research institutes—a little like the departments in the novel—“hosted” by existing institutions in Bergen. This constellation forms a retelling of the Strugatskys’ animal fables, ethno-fictions, scams, and tall tales through the golems and projections of our own time, in this age of hypercapitalist necromancy. To be clear, these are not direct responses to the novel, but rather juxtapositions in a visual essay of twisted analogies, probing the notion of artistic research from unexpected angles in curatorial framings that blur the distinctions between art history and art-making, artist and curator.

The exhibition Monday Begins on Saturday, opening in late August 2013, presents the positions of more than 40 international artists working in a variety of media. Projects are distributed over ten different locations in the city of Bergen, among them several buildings of the Bergen Art Museum and Bergen Kunsthall. Many projects are specially commissioned for Bergen Assembly. The exhibition is accompanied by a publication, a print version of the curatorial montage with newly commissioned and anthologized theoretical, literary, and artistic texts and contributions. In keeping with the concept of the overall project, the boundary between the exhibition and book is similarly fluid; curatorial annotations, quotes from novels, and documentation seep into the exhibition, while on the printed page a practice of writing-with-images, in passages reminiscent of John Berger’s Ways of Seeing or W.G. Sebald’s Austerlitz, can be found. An international symposium featuring artist’s talks and panel discussions with the project’s contributors also takes place during the opening days of Bergen Assembly.