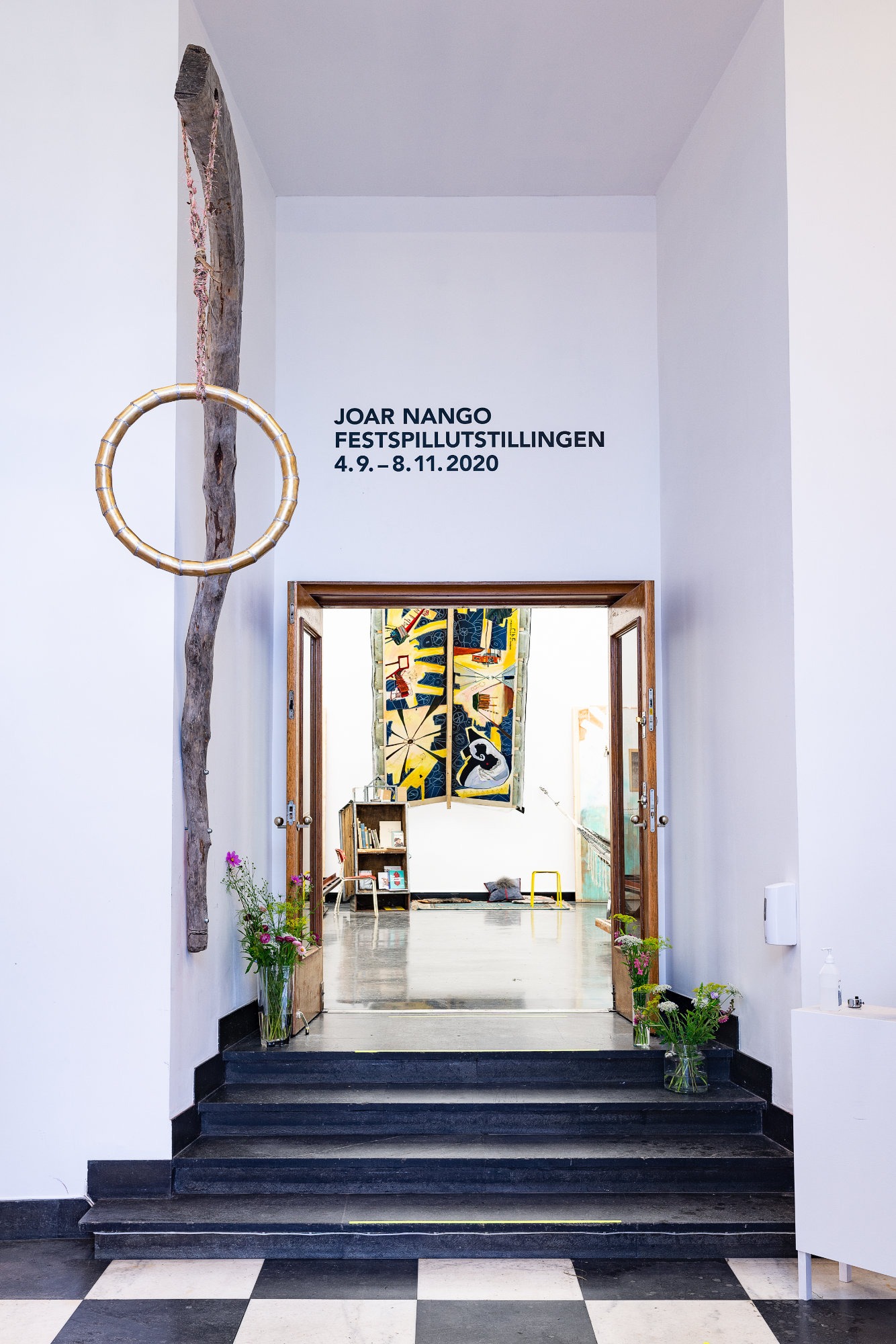 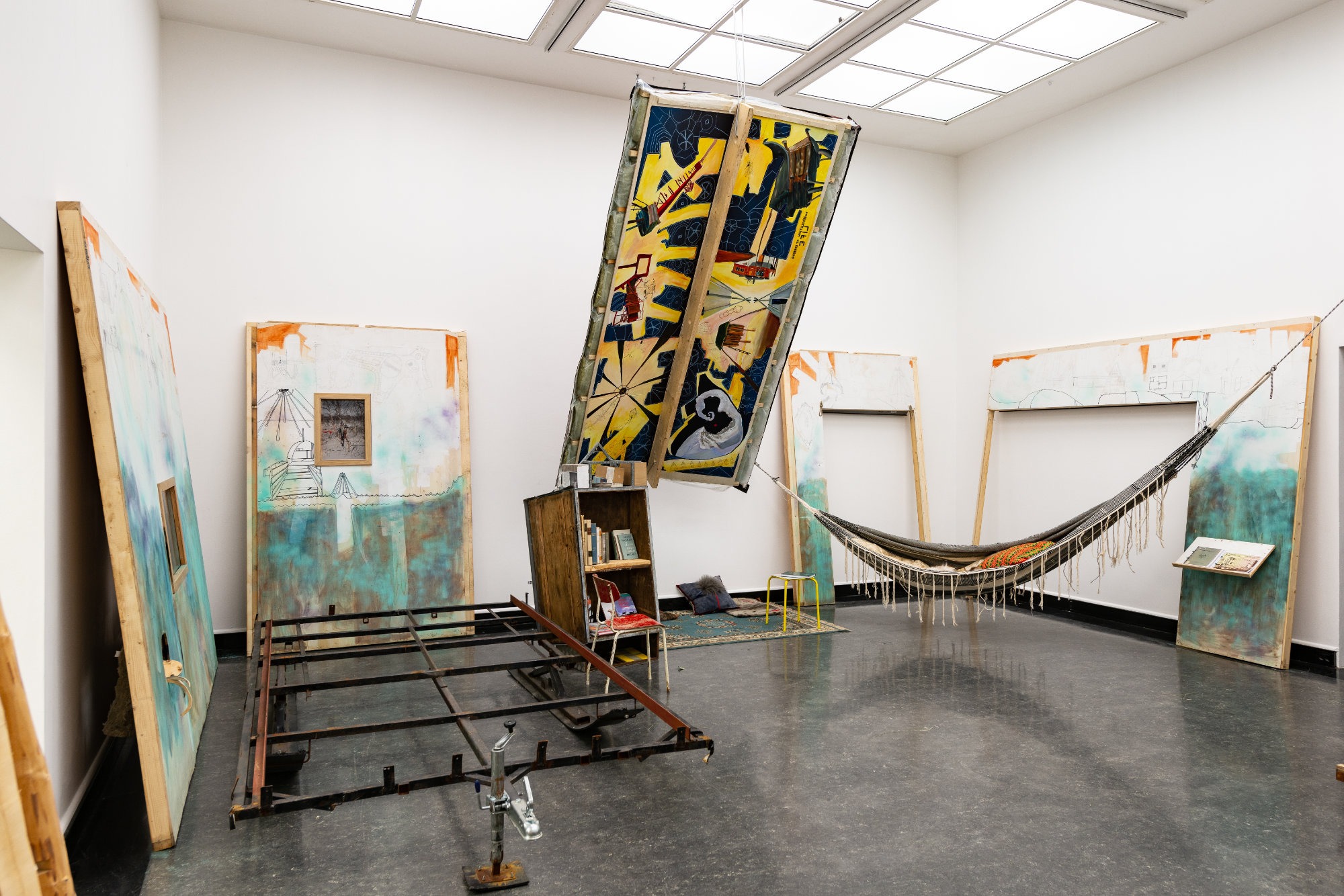 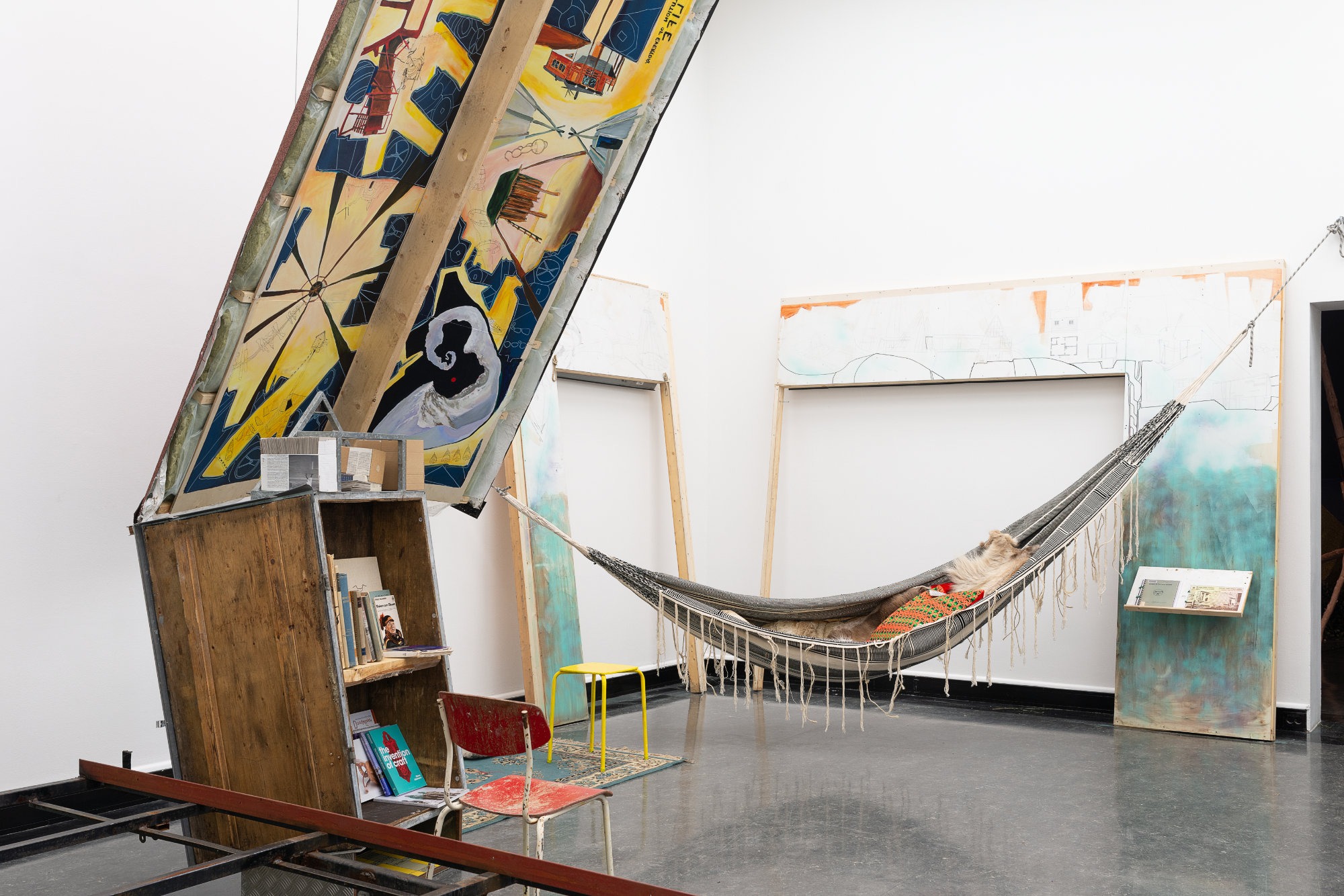 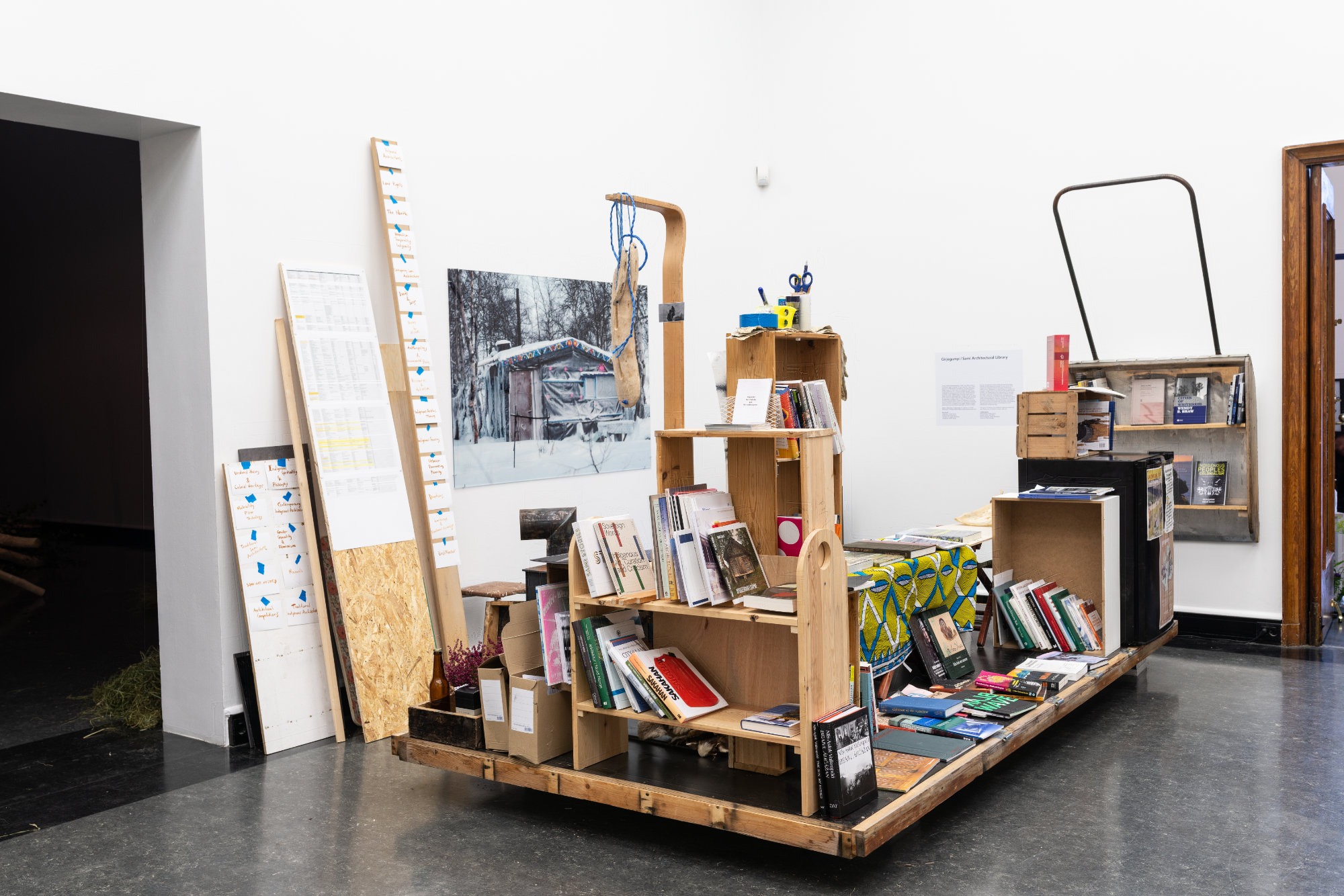 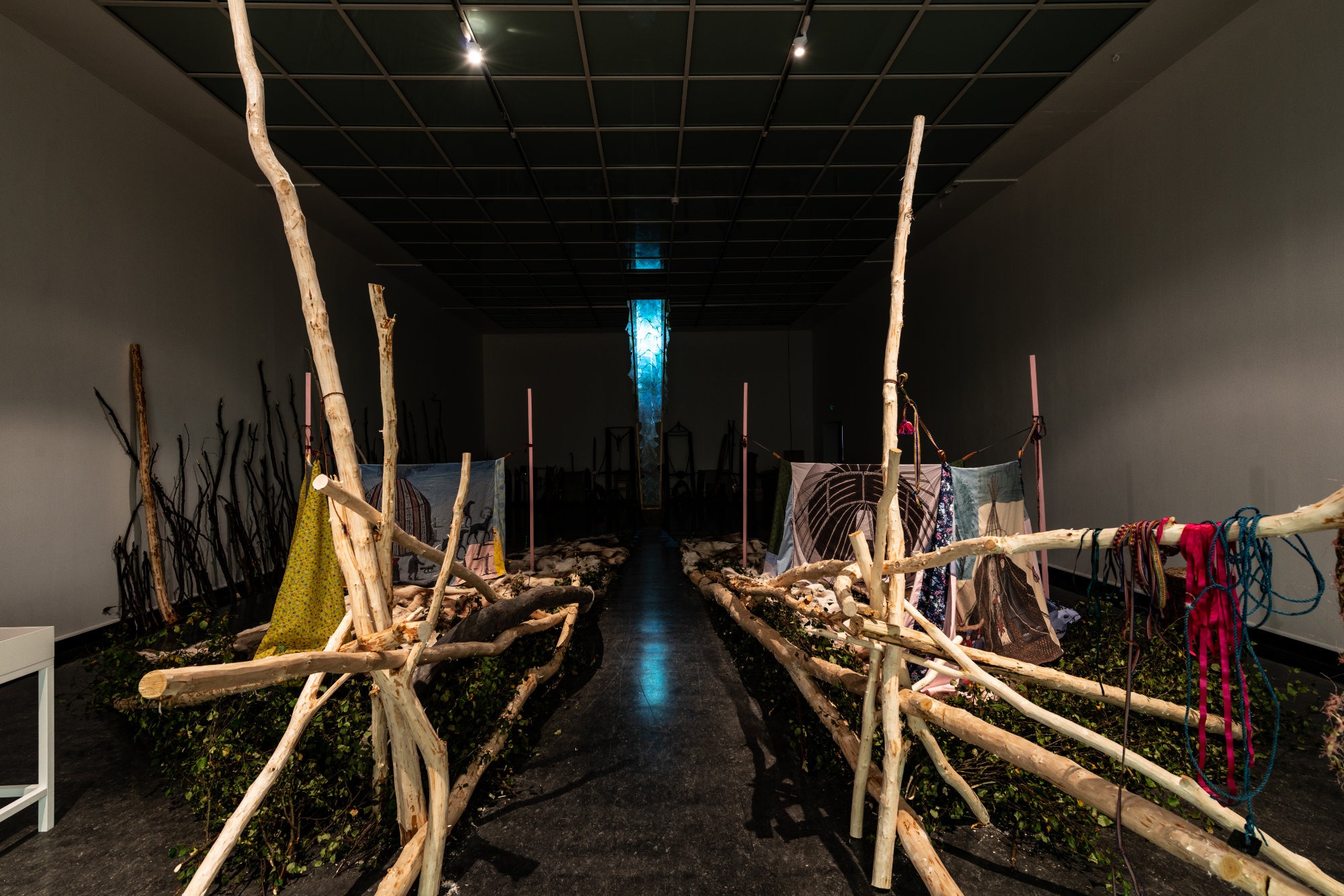 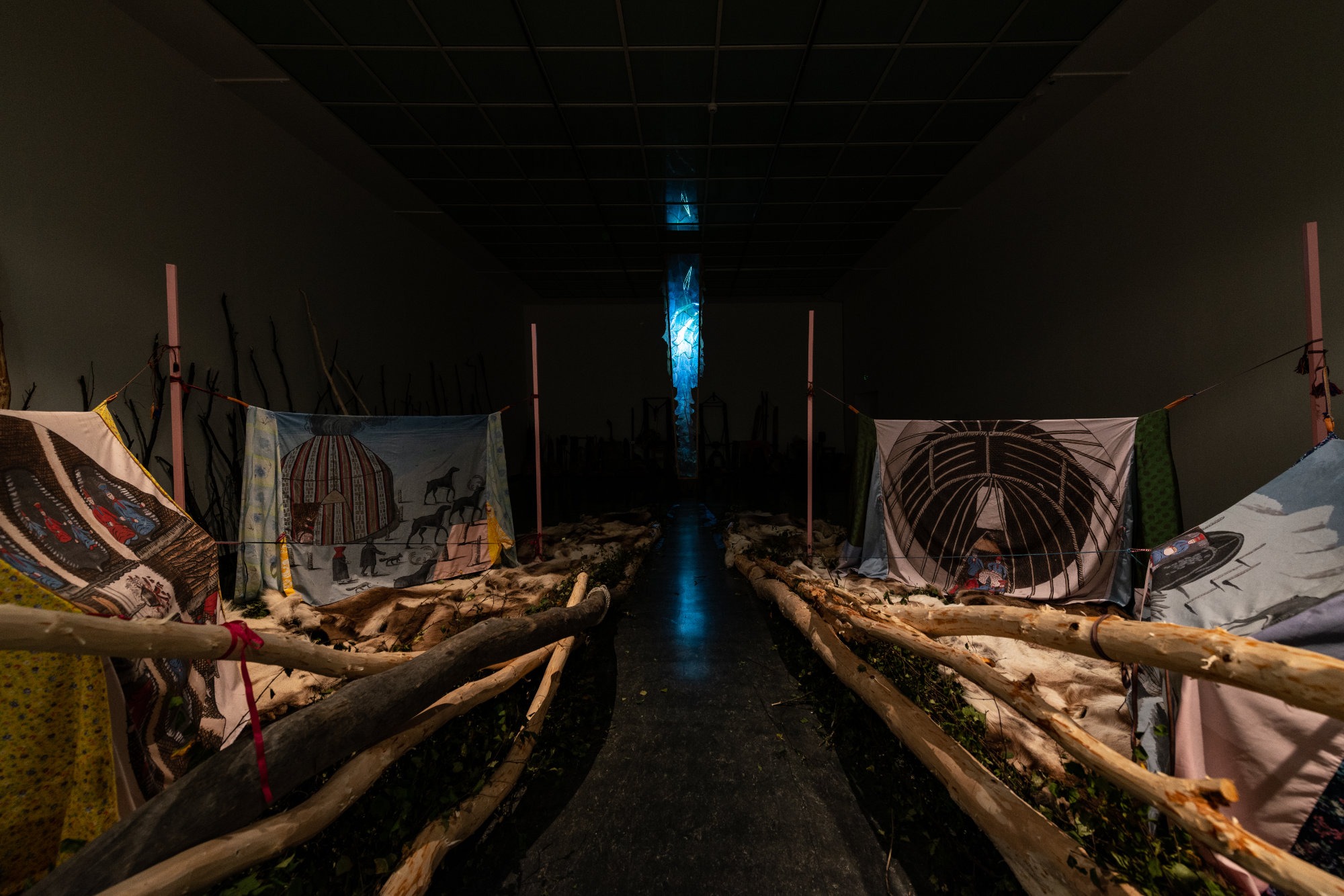 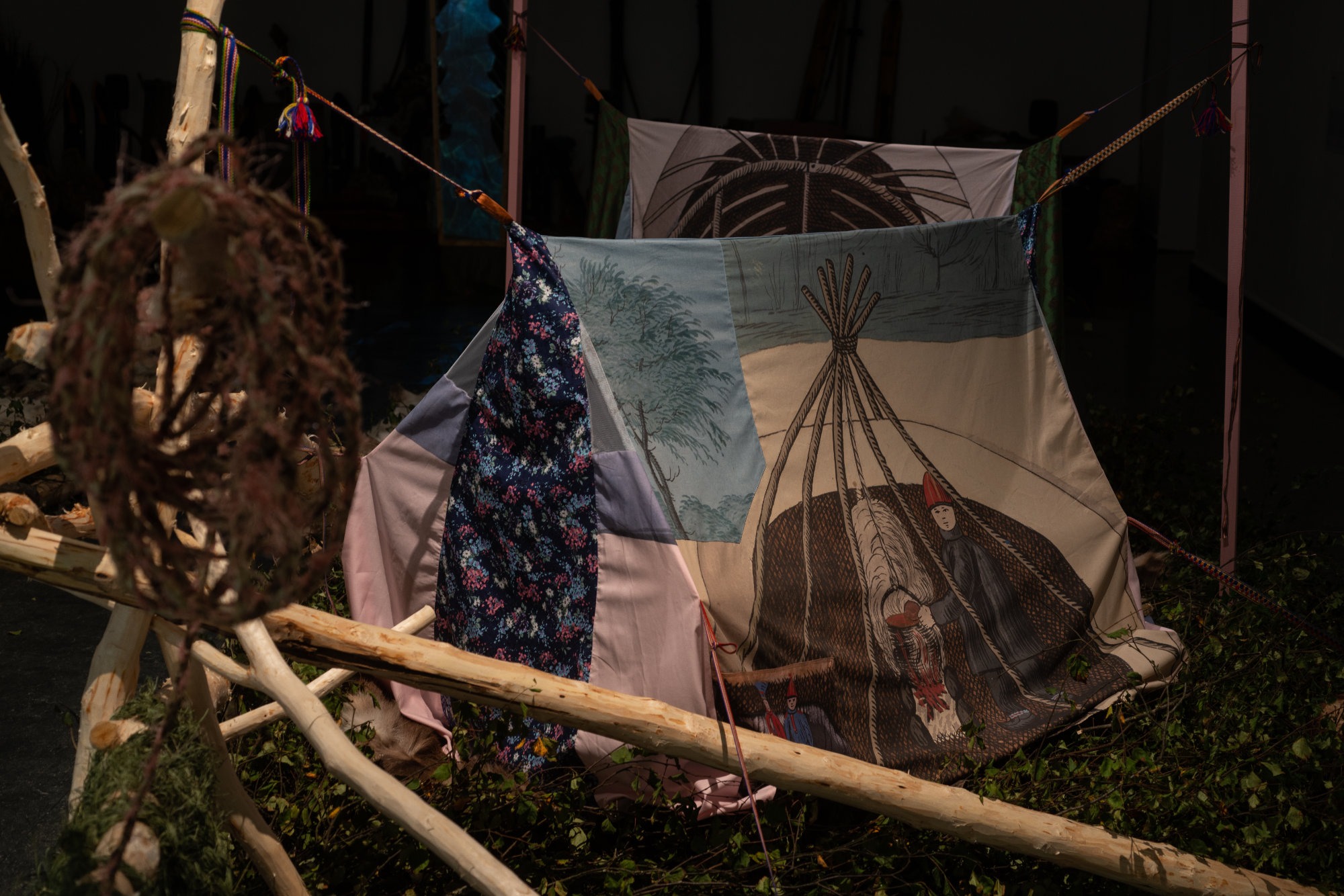 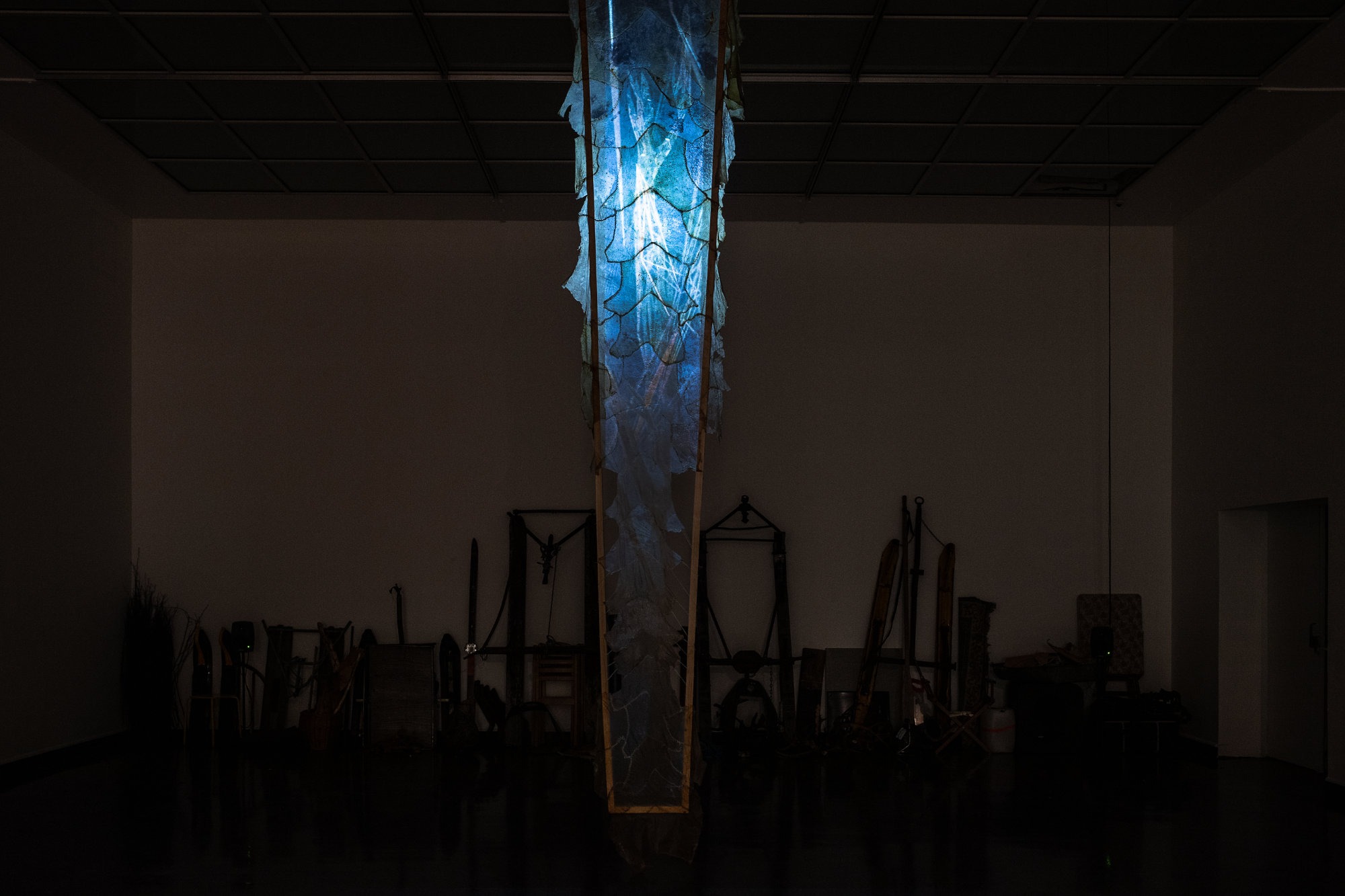 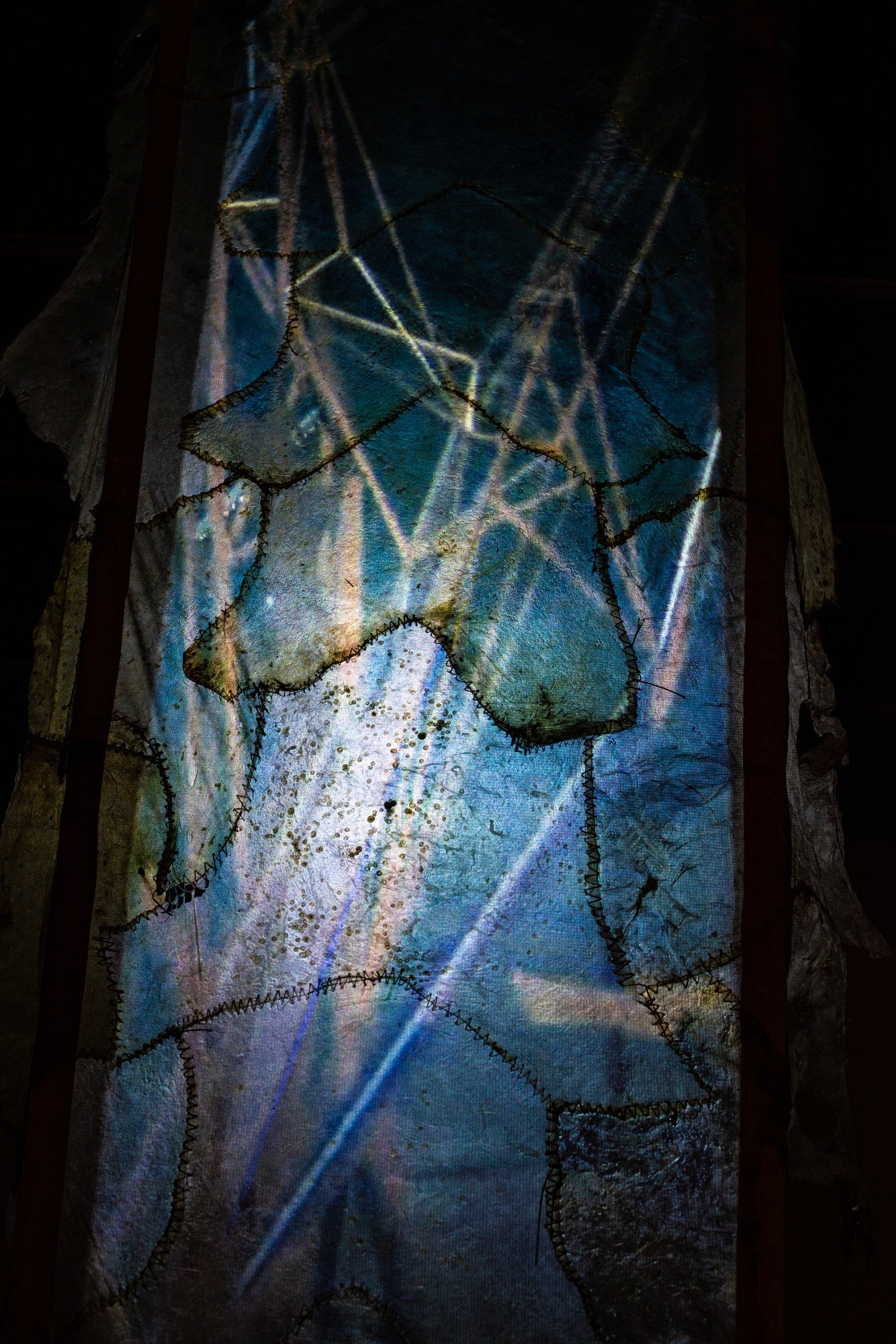 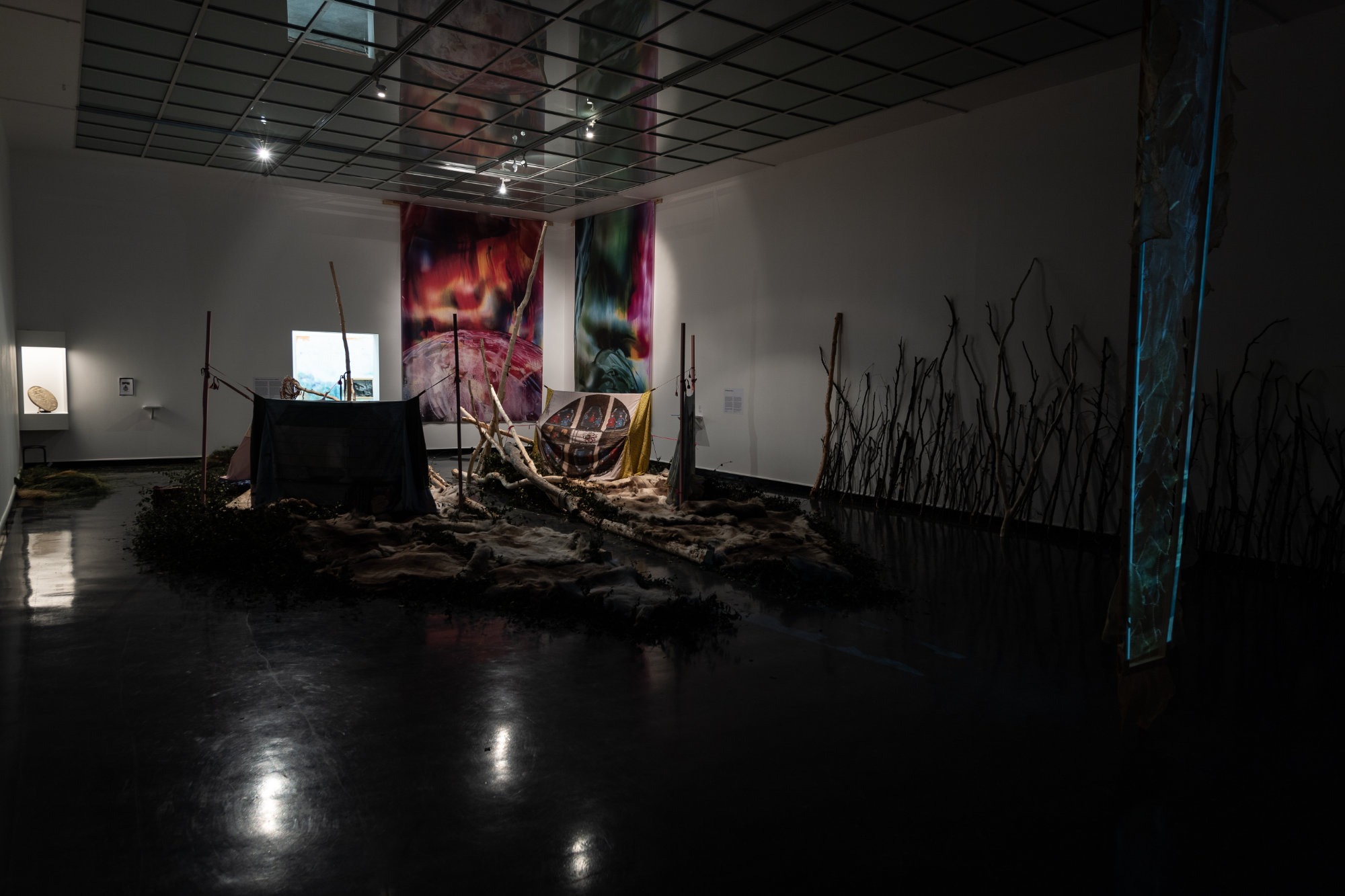 The exhibition will be less a finished product than an arena for a social process of creating places and situations with possibilities for improvisation and collective action. Nango’s work addresses indigenous identity and decolonialization, looking at these topics not in isolation, but as an expression of the ongoing dynamics between the so-called cultural centre and its peripheries.

The exhibition is based on a theoretical frame-work that Nango has set up together with collaborators from different artistic or academic backgrounds, including art historian Mathias Danbolt, writer Candice Hopkins and anthropologist Dimitris Dalakoglou. Following Nango’s ongoing investigations of the history of Sámi architecture, his library of books on the topic will be utilized in the exhibition, as well as a series of re-appropriated historical images from the 1700s. This series of hand-coloured drawings was made in the mid-1700s and is among the first known representations of Sámi architecture. In Nango’s exhibition, the images act as historical counterpoint, and a comment on the appropriation, circulation and representative power of images from indigenous cultures.

For a large-scale projection screen, Nango makes use of dried halibut stomachs that are sewn together. The technique, called skievvar in the coastal Sami tradition, is a way of making transparent windows in outhouses and simple buildings. Several of Joar Nango’s previous projects are brought to Bergen, and re configured for the exhibition, such as the girjegumpi, a small building made as a nomadic library inspired by the Sami gumpi, a herder’s hut mounted on sleigh runners. Nango’s van, a Mercedes Sprinter which was used in the project European Everything at Documenta 14 in 2017, will also be a central element in the Festival Exhibition. The physical infrastructure, and the travel itinerary between Bergen and Tromsø, form a geographical line between two site- specific landing points in the project. For European Everything he drove the same van from Tromsø to Athens – through the length of Europe – in an excursion in which themes of migration, relocation and the nomadic became a concrete experience. In May this year, the Sprinter doubled as a mobile TV studio during the production of Post-Capitalist Architecture TV.

A book will be co-published with Sternberg Press on the occasion of the exhibition, featuring new texts by Dimitris Dalakoglou, Mathias Danbolt, Candice Hopkins, Sigbjørn Skåden and Axel Wieder.

As a first chapter of the Festival Exhibition, Joar Nango made a three-part TV series together with Sámi filmmaker Ken Are Bongo, exploring Sámi architecture. The series was produced by Bergen Kunsthall as part of the Bergen International Festival in May 2020, which could not be held in a physical form due to the global Covid-19 pandemic. The series was filmed with a mobile TV studio during travels through the northern landscape, meeting guests for interviews and visiting key architectural sites.